When is it too early to celebrate Christmas? 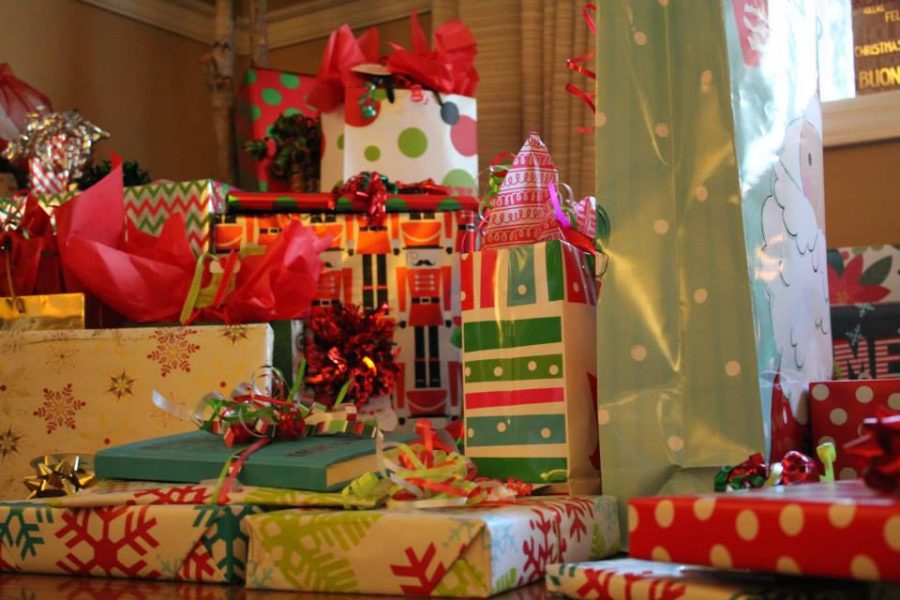 By Amber Moser
A&F staff writer
[email protected]
We made it through Halloween, now what do we do?
This question could have a thousand different answers, but in recent years some of the answers to this inquiry have become hot-button issues. While some think it is important to follow the linear progression of holidays and begin preparing for the Thanksgiving holiday, others are more inclined to trade out their Halloween cobwebs for candy canes and move straight into Christmas festivities.
Some students think it is alright to go ahead and hang up the stockings come November. Sophomore biology student Stacy Sumner sees no harm in early celebration.
“Christmas is actually celebrated on Christmas Day,” Sumner said. “Getting in the spirit of the season beforehand doesn’t seem problematic to me and I think that those who find it problematic should reevaluate their priorities.”
Sophomore political science student Harley Lynch said getting in the spirit early is not a bad thing, but for different reasons.
“Personally, I think there’s nothing wrong with it,” Lynch said. “Thanksgiving is a really morally problematic holiday and sometimes it’s better to ignore it if one realizes it’s problematic.”
While many do not think of Thanksgiving as a holiday that might present a moral dilemma, Lynch has a valid point. Thanksgiving is an excuse to gorge ourselves on food  in honor of Pilgrims who had a great harvest season. While it might be delicious, it conveys a completely inappropriate message when considering the indigenous peoples who helped the Pilgrims achieve that harvest were later killed, enslaved or relocated.
Looking at Thanksgiving in this ugly, realistic light getting in the spirit of Christmas early can seem like a good idea. However, the more I learn, the more I realize we should absolutely not be celebrating Christmas until Thanksgiving has passed.
I was once of the mindset it was never too early to get in the Christmas spirit. I love my Michael Bublé Christmas jams and my dorm-sized Christmas tree as much as the next gal and I always bring them out around Nov. 1. Nevertheless, this year things changed.
After some digging into this seemingly superficial debate, I found myself legitimately questioning our priorities as a society and how they seem to be changing when it comes to the holiday season.
About 20 years ago, most people would agree the Friday after Thanksgiving was considered the appropriate time to begin celebrating Christmas. This day, known as Black Friday, is a massive retail holiday known for major discounts for decades. In the 1980s, things began to change.
A trend began to arise from retailers that is now known as Christmas Creep. According to Macmillan Publishers, the term Christmas Creep was first used in the 1980s but was not popularly used until recently. Christmas Creep describes the phenomenon seen when retailers put up Christmas decorations and themed merchandise in stores months ahead of the holiday, run Christmas ads months ahead of time or generally begin cramming the Christmas season down your throat long before it even begins. At first, Christmas Creep was most likely an attempt by a handful of retailers to get a jump on the Christmas season sales, but it started a major trend.
The Christmas Creep trend has done nothing but grow with time and consumers have fallen right into its trap. In 2006, the National Retail Federation released a statement stating 40 percent of consumers said they were planning on starting their Christmas shopping before Halloween.
Students such as junior history student Alex Perkins said this trend is not all that surprising given how our society functions.
“Companies influence our decisions,” Perkins said. “Over time we become accustomed to it. We’re run by capitalists and the earlier we can get people thinking about Christmas the earlier we can start making money.”
Perkins is not alone in feeling Christmas has been overshadowed by corporate greed. Sophomore physics and math student Maria Arango said her family, while Christians, do not partake in Christmas or Thanksgiving because of the effects they have seen the holiday season have on others.
“We choose not to celebrate it because tradition, in a way, blinds people into buying, consuming and celebrating an idea that is most of the time not real,” Arango said. “For example, Christmas is not really about the birth of Jesus. It is just a pagan holiday.”
Arango is right. Christmas is not at all what it is advertised to be. It is not the birthday of Christ — estimated to be in the fall, in case you are wondering —  but a pagan holiday known as Saturnalia, which the Church attempted to Christianize.
According to Rabbi Lawrence Kelemen, Saturnalia was originally celebrated by Roman pagans for an entire week, Dec. 17 to 25, in which law was temporarily revoked. During this week, an individual would be chosen as an enemy of the Roman people to be slaughtered on Dec. 25, as the Romans believed their death would wash away the darkness of the week. When Christians could not stop this behavior, they ultimately decided to make it Christian in some manner by declaring Dec. 25 the birthday of Christ.
Christmas has never been about religion or family, not really and the older I get the more clear this becomes. While I have no intentions of quitting Christmas, I think that it’s a good idea to at least take a step back and utilize the month of November to ponder what I might be able to do to avoid falling into the religious and consumerist trap that has gone disguised by the Christmas holiday for so long.