North Carolina is one of the top states for refugee assistance 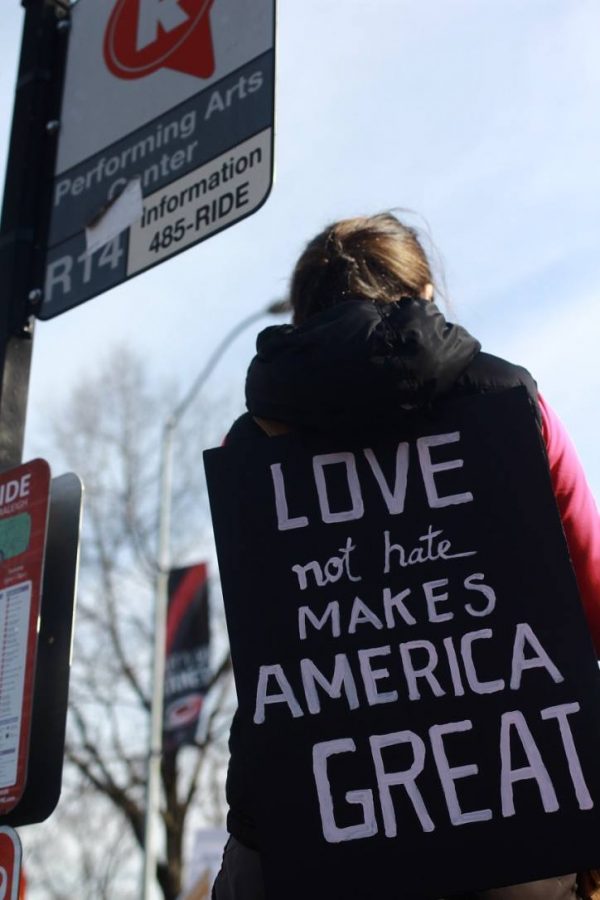 By Larisa Karr
Managing Editor
[email protected]
The media frequently promotes a deluge of anti-refugee sentiment in countries across the world, according to a study conducted by British human rights organization Article 19.
The Ethical Journalism Network wrote in a report that what the media does not focus on are the people who genuinely care about refugees and want to help them adjust to a new country.
The state of North Carolina in particular has a number of agencies operating that are eager to help people fleeing from conflicts, according to the Office of Refugee Resettlement.
David Hains, the director of communication at the Catholic Charities Diocese of Charlotte, said leaving one’s country of origin, especially when one is forced out, is incredibly difficult.
“You wouldn’t be able to bring all of your friends with you, wherever the situation was and it’s that stress over what happened, particularly to loved ones and of course the stress of adjusting to a new culture and not having the familiar foods and sights and sounds and smells,” Hains said.
Catholic Charities, who primarily serve a Bhutanese population, helps refugees in the Charlotte area by offering housing assistance, health care referrals, registration for school and instruction in English, amongst other services.
Hains recently went to the homes of both Syrian and Bhutanese refugees and was shocked at how he was able to communicate with them even though they spoke absolutely no English.
“We were still able to communicate with hand signs and they communicate friendship without speaking and it was obvious that they sought American friendship and they were very gratified to the American government and in our case, to the Catholic Church, for what they had received and where they were,” Hains said.
Mayra Hayes, the director of the English as a Second Language program at Guilford County Schools in Greensboro, said the determination of refugees to get an education in incredible.
“All of our high school children are working second shifts,” Hayes said. “They’re working and they’re going and they’re coming back and they’re going to school and it’s just that drive to get an education.”
This drive is one that Hayes, who immigrated to the U.S. from the violence-ridden country of El Salvador at six years old, knows well.
“As a six-year-old, I did see my mother struggle learning the language and the passion she had, making sure that I spoke English and that I went to school, it was that drive from her that was always instilled in me,” Hayes said. “If it wasn’t for that passion and that push throughout the years with mentors and folks in school that really helped me, I would not be where I am.”
The Doris Henderson Newcomers School opened in Greensboro in 2015 to serve immigrant and refugee children and is the only school in the state that focuses on this particular group.
Hayes said the diversity of languages within just one classroom is amazing, with many of the students coming from Spanish-speaking countries, Arabic-speaking countries, African countries and Vietnam.
Greensboro, along with Charlotte, resettles the most refugees in the state of North Carolina and is known as a “global gate city.”
“That’s what makes Greensboro so unique and that’s why the resettling agencies are just a gem,” Hayes said. “They are the gems and jewels in the crown, the little jewels in the crown of Greensboro, because they do amazing work.”
Leilani Roughton is the executive director of the New Arrivals Institute in Greensboro, where all refugees resettled in the city are required to go to do an assessment of their English skills.
The Institute, whose mission is to assist refugees and immigrants through self-sufficiency and U.S. citizenship through education, offers a variety of programs to people who have just come to the country, including English language training, employment preparation and health education classes.
Roughton said the reason the New Arrivals Institute began was because women and children were not initially accessing language services and were alienated from the larger Greensboro community.
“They were pretty much trapped in their house. They weren’t learning English and oftentimes they were afraid to even leave the house because they didn’t know the language, Roughton said. “They didn’t know how to get places and so this was a real issue that we felt needed to be addressed.”
The New Arrivals Institute recently received a third grant from the state for the Refugee School Impact Program, a program that works with school-age children and their families to ensure that refugee children graduate high school and potentially go to college.
“We don’t want these kids dropping out of school and there’s an after-school piece of it where we offer tutorials for the kids because it’s very possible that their parents are not educated and they’re not able to assist their kids in completing their homework,” Roughton said.
In Durham, Deb Reisinger teaches a course at Duke University on Central African refugee resettlement in the area.


“We study the historical reasons for people fleeing that certain region and then look at the laws and policies that affect that,” Reisinger said. “We learned that there are a lot of Central Africans in the region and so I thought that this would be a really good opportunity for students to use their French locally and to understand certain parts of Africa.”
Reisinger, who points out that the vocabulary of refugee resettlement is something very few Americans understand, said this class has transformed her students’ understanding of the world. After taking the course, students chose to pursue further research in the subject, with some currently working as advocates for refugees and others choosing to work in Europe on the migrant crisis.
The majority of Central African refugees who arrive in Durham are from countries where conflict is rampant, including the Democratic Republic of the Congo and the Central African Republic.
“Many of them have spent time in camps in Chad or in Cameroon or in Rwanda, so neighboring countries and some of them have been in camps for a very, very long time,” Reisinger said.
According to Hayes, the sights they have witnessed in their country of origin are particularly horrible.
“You have children that are going through trauma. Maybe they have witnessed a family member murdered, their own dad and they have seen their mother violated,” Hayes said. “I think that is the trauma that you see in their faces and there are children suffering from PTSD because they’ve seen the most horrific, horrific parts of war and have walked miles and miles and miles to get to refugee camps and the struggle once they’re there is to try to get here to the States.”
These experiences have fostered resilience in the refugees, who come to states like North Carolina eager to assimilate and participate in American culture.
“We accept so very, very few of the millions and millions of people who are stateless and homeless and who have to flee their countries,” Reisinger said. “Those who we receive are really special people and contribute enormously to our culture and our society and economy and everything else and should be integrated as much as possible in our society.”
Delete Image
Align Left
Align Center
Align Right
Align Left
Align Center
Delete Heading