Another government shutdown looms on the horizon 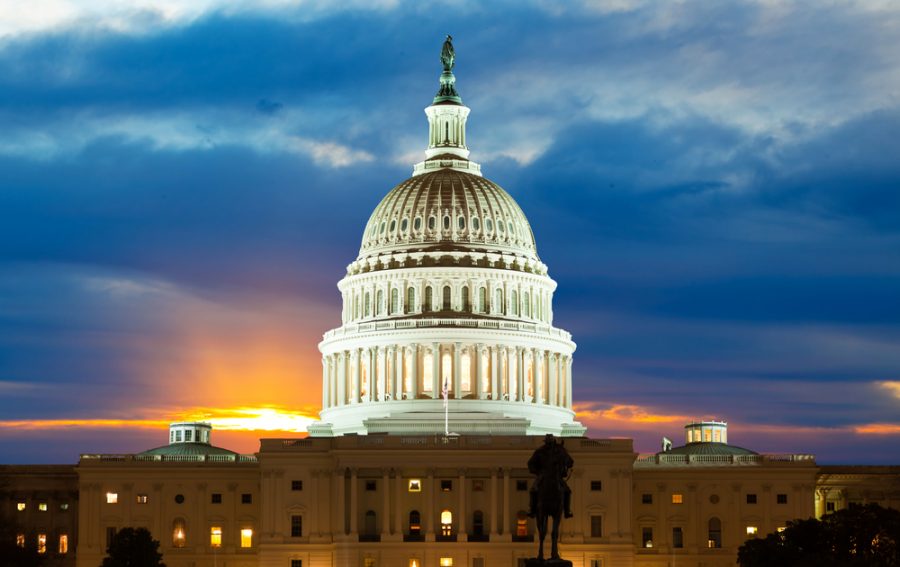 The U.S. government may be on the verge of another shutdown if a compromise is not reached between sitting democrats and republicans. Photo courtesy of Majestic Future Financials.

Gabrielle Lanius
News Staff Writer
[email protected]
Republicans and Democrats are faced with creating a budget for the United States government before Thursday to avoid what could be the second government shutdown of 2018.
Elizabeth Porter, an economics lecturer at UNC Asheville, explains how government shutdowns happen and some of the reasons behind our most recent one.
“The government has a budget, in theory, a plan on what they’re going to spend and without that plan, they don’t have permission to spend money,” Porter said. “So what’s happening right now is that we don’t have that budget, the budget for the 2017-2018 fiscal year, because one party cannot do it without the other.”
Within this budget deal Democrats and Republicans want many different issues addressed and one of the biggest is the Deferred Action for Childhood Arrivals Act.
“The Democrats want a better solution for DACA after the administration pulled the plug on it and basically what they’re saying to the Republicans is that we’ll pass your budget if you work with us,” Porter said. “It’s a whole chapter in our books so I’m trying to keep it simple but basically the government has to have a budget and the government writes the budget but right now the government doesn’t have a budget so the government doesn’t run.”
Porter said government spending equals taxes plus borrowing, neither of which are bad things but make up some of the many issues both parties want addressed in this new budget.
Ashley Moraguez, an assistant professor of political science, said the U.S. has been unable to meet their deadline every fall since 1996, leaving government shutdowns a pending issue. Some have avoided with stopgap bills.
“Since then Congress has passed stopgap bills, which are temporary funding bills, so it can fund itself and give itself more time to come to a deal,” Moraguez said. “The reason the stopgap bill was able to pass this time and temporarily fund the government for three more weeks is because there was a promise made on the Republican side that there would be a negotiation on immigration.”
The government shutdown happened over a weekend, which caused a bit of confusion for those who were listed as nonessential employees.
“If you’re a nonessential government employee during a shutdown, you are basically banned from coming to work,” Moraguez said. “Though you’re still an employee, you just can’t show up. For lack of a better term, you just kinda hang out until the government comes back and is able to fund itself. In practice, it’s a little bit over half of government employees are not allowed to go to work during a government shutdown.”
Zohie Barry, a freshman management student, said it seems like nothing is being done about the government shutdown.
“I feel like it’s really irresponsible that this hasn’t been resolved yet because it’s the government and obviously a lot of people rely on it,” Barry said. “There are so many jobs that are withheld during a shutdown that it just seems really irresponsible on everybody’s part, not just Trump’s, because it’s their job to work together.”
At this time, there have not been any agreements on immigration or the actual budget deal within Congress. This could mean that either Congress would have to pass another stopgap bill to temporarily fund itself if a decision is not reached by Thursday or many federal employees and federally funded organizations could lose money.
“It is very possible that the Democrats and the Republicans may not be able to come to a budget deal again,” Moraguez said, “which means we could be on the cusp of another shutdown.”