Ink of the Week: Friendship immortalized in matching tattoo 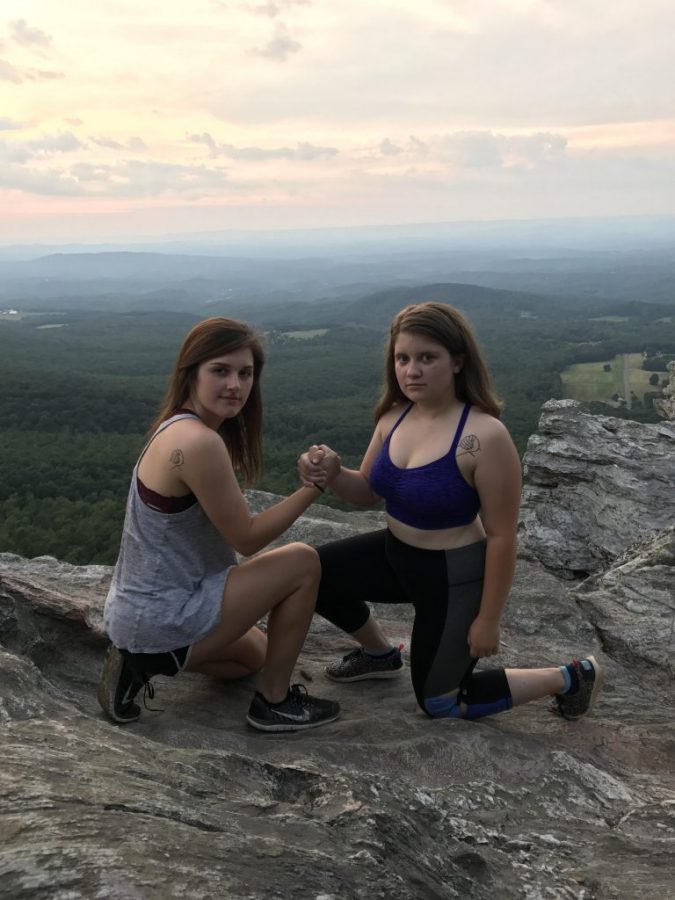 As a form of expression, tattoos have been celebrated for millennia across the globe. Whether for religious, traditional or personal reasons, people have chosen to decorate their bodies with ink.
Logan Todd
Multimedia Staff
[email protected]
Olivia Rodrigues, a sophomore sociology and Spanish student, has an opinion on everything, from Kurt Cobain, to pizza rolls, to her own tattoos.
Rodrigues got her first tattoo, a pansy flower two days after she turned 18. She said the flower holds two meanings, the first being a reference to her Aunt Pansy and the second being her way of transforming the bullying she experienced into a joke.
“What’s a nicer way to say pussy? Pansy,” Rodrigues laughed.


Rodrigues’s second tattoo belongs to a matching set. She and her best friend, Katie received matching tattoos of hands clasping together.
“It’s the hands of my best friend and I. Since being friends, we’ve taken pictures like this,” Rodrigues said.
Her best friend Katie, a student at NC State University, has the matching hands on her back while Rodrigues has hers on the front of her shoulder.
Her third tattoo features a cursive Latin quote, “In omnia paratus,” which means “Ready for all things.” Her sister got a matching quote as well. It is a reference to the Life and Death Brigade from Gilmore Girls. Her sister gave her money for a tattoo as a Christmas gift, which they used to get matching tattoos. Rodrigues wears this tattoo on her forearm.
Rodrigues plans to get a tattoo of a grim reaper with a slushie on her outer calf at some point in her future.
“It’s just the Grim Reaper chilling with a slushie,” Rodrigues said. “It’s going to sound weird. I’ve always been interested in death as a concept.”
She goes on to explain when she was a little girl she would only let her family play “Goodbye Earl” by the Dixie Chicks, a song about the death of an abusive man at the hands of his wife and her best friend.
Rodrigues made sure to specify the best slushie flavor too, since it will be featured in the tattoo.
“Either the blue one or the Pepsi or Coke one,” Rodrigues said.
Rodrigues said tattoos can have meanings but the most important part to her is if the tattoo has meaning to the person with the tattoos.
Delete Image
Align Left
Align Center
Align Right
Align Left
Align Center
Delete Heading