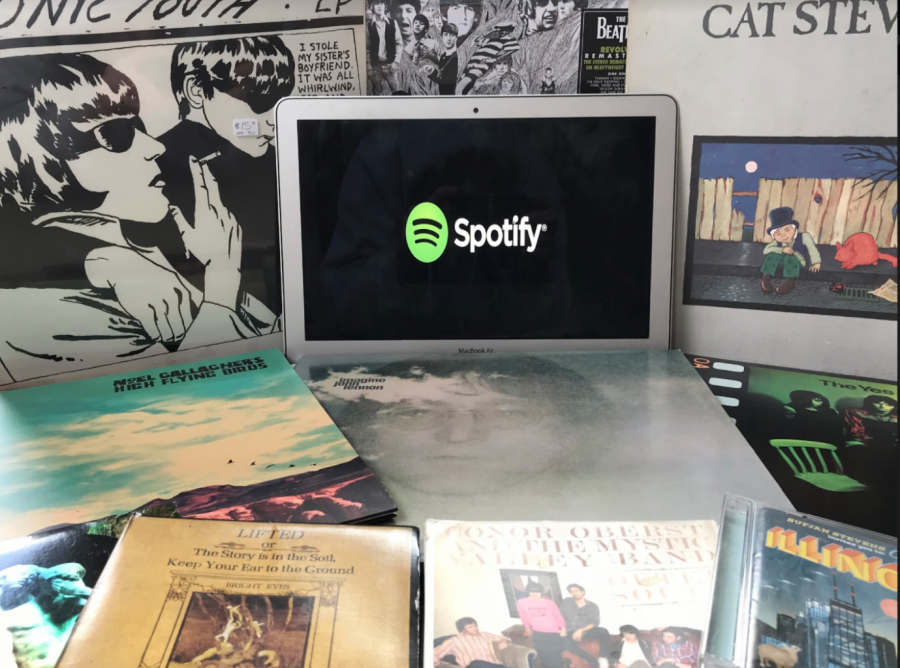 Tangible copies of music such as vinyl records and CDs may soon become obsolete at the hands of streaming services like Spotify. Photo by Samuel Robinson.

Samuel Robinson
Sports Staff Writer
[email protected]
Spotify and like-minded music streaming services were founded to compensate artists amid the height of illegal downloading.
The services draw criticism from many artists, particularly those who experienced mainstream success before the rise of music streaming services. Thom Yorke of Radiohead called Spotify “the last desperate fart of a dying corpse,” yet still releases music on the platform.
While the music industry remains divided on the new streaming services, local musicians seem to favor the blossoming platform.
“I like streaming services and the accessibility of them and I like the music community it promotes. It’s a great resource to learn about other artists,” said Gabby Feinstein, a senior psychology student at UNC Asheville and member of the local band Mama Danger.