Cell phones bring us closer together, not further apart 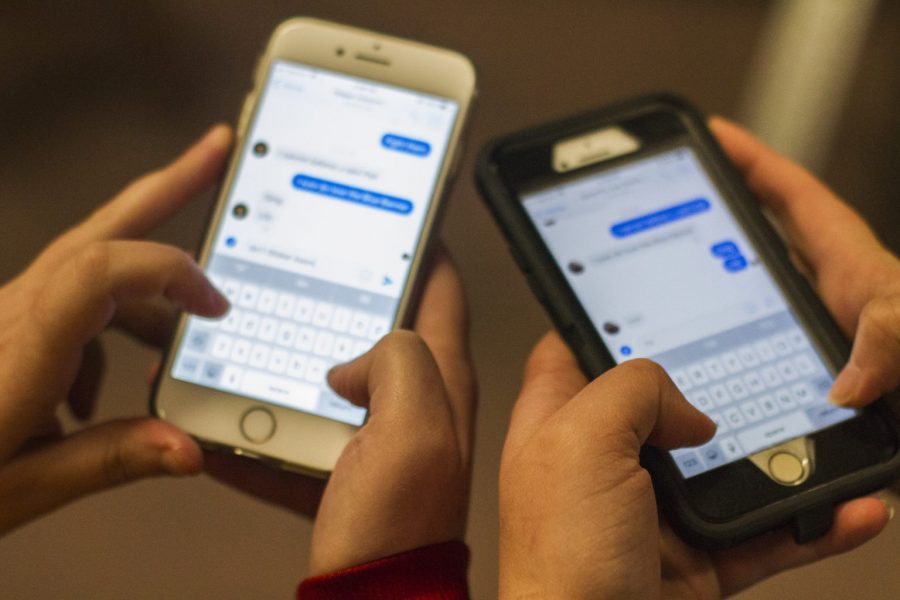 Christine Gendy
Opinion Staff Writer
[email protected]
In a world of rising technology, the question of whether these advancements help or hinder us is a polarizing one indeed.
Older generations tend to err on the side of caution, while the younger likes to think technology helps. There are always the outliers of each category, but for the most part this appears to be true.
One argument thrown around on the defense of hinderance is the idea that technologies such as cell phones keep us from engaging with one another. In reality, the opposite is true.
“I would say that cell phones bring us together, our communities are just no longer grounded in physical location,” said Ryan McGinn, a senior psychology student at UNC Asheville.
Only in the past century and a half or so did the speed of communication cease to rely solely on the distance between you and who you are communicating with. The first machine able to send a message across oceans in a matter of seconds was the telegraph. Following the telegraph was the telephone, fax machine, internet and finally cell phones, according to History.
Each new invention revolutionized its predecessor. The ease in which a message could be sent, received and responded to only increased with each generation. As the communication channel got shorter and shorter, people’s frequency and willingness to talk to one another increased.
Now, instead of waiting months for a letter to arrive or hoping someone is home at the right time to give them a call, we can reach each other instantly and juggle multiple conversations at once.
McGinn said he usually maintains at least three conversations at once on his phone. He further explains with how fast we are able reach out to each other, we are able to express ourselves with stimulating linguistics like never before.


The ways in which you can utilize a cell phone are virtually endless, but that does not mean the user never has face-to-face conversations or isolates themselves in the device.
Sydney Cole, a senior international studies student, said she mainly uses her phone to listen to Spotify when going to and from class, but rarely uses her phone for more than 15 minutes at a time unless she is involved in a group chat.
In fact, people who frequently use their cell phones to communicate with others often do so to arrange face-to-face meetings.
“For people that live locally or on campus, I’ll text them to arrange a meetup if I want to talk to them and hang out. But yeah, I really don’t talk to people all that much on my phone if I can avoid it,” Cole said.
She said for some of her friends who live abroad, she does not have the luxury of hanging out with them and using her cell phone to speak to them is the only way to maintain the relationship.
Before the rise of the internet and cell phones it was very difficult to maintain relationships overseas, or even have these relationships. Online chat rooms and online gaming can often act as  a medium through which one can meet people internationally or even from their own country who they may not have the chance to speak with otherwise.
“I’m a big fan of all sorts of music and gaming, so I feel like technology connects us to people with the same interests and that’s awesome. I have a friend in Egypt that I share international music with all the time and it’s wonderful receiving links to her favorite songs and artists, it allows me to learn more about her in the process,” Cole said.
We also have a world of knowledge at our fingertips like never before. This access to such information opens doors and avenues previously unexplored. A person could utilize their cell phone to learn about a community that strikes their interest and form really strong connections with those who share common ground.
The fear that cell phones are taking people away from one another is simply not based in fact. According to a poll published by the Pew Internet and American Life Project, 60 percent of adults have found that taking advantage of new technologies has not significantly impacted their family’s face-to-face time, while 25 percent have found it improved their relationship with their family. They are able to communicate with each other even when they are not together and when they are together, the use of technology has not had a negative effect on their relationships.
Delete Image
Align Left
Align Center
Align Right
Align Left
Align Center
Delete Heading