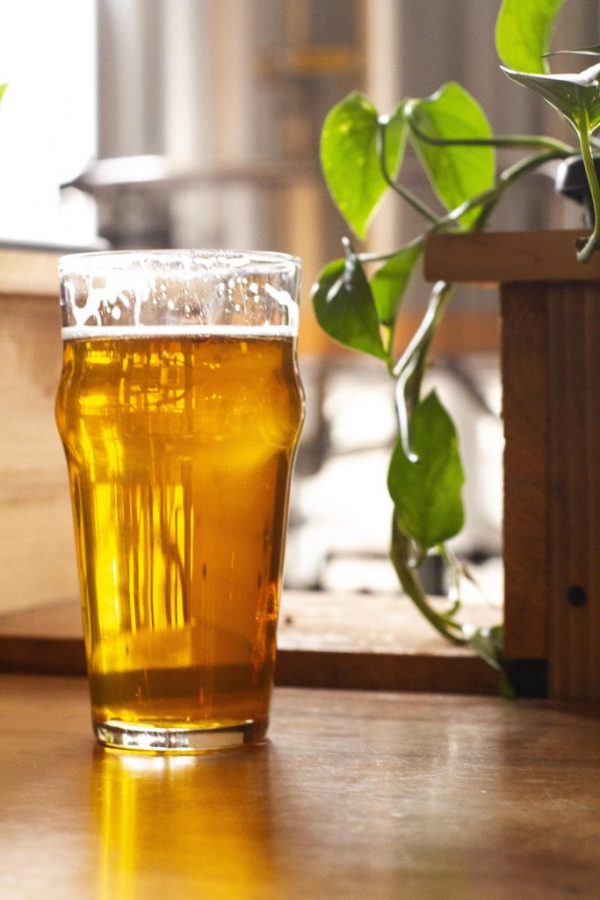 Laura Hoffman
Contributor
[email protected]
A friendly brewery in Asheville’s South Slope is creating an environmental impact on the community slowly, but surely. Twin Leaf Brewery prides themselves on the quality beer they have on tap as well as making the switch to renewable energy.
Jes Stavish, UNC Asheville alumna and Twin Leaf’s marketing and social media manager, expressed her excitement to see the brewery take the big steps toward making the facility more environmentally conscious.
“The brewery has a negative footprint on the energy grid,” Stavish said. “And actually put a significant amount of energy back into the power grid.”
According to Twin Leaf’s website, the brewery dedicated the time and money to invest in wind power as a way to turn away from traditional electrical power. Twin Leaf plans to install rooftop solar panels to continue to reduce their environmental footprint.
Tim Weber, owner and head brewer of Twin Leaf, currently has a contract to install solar panels in the next few months to continue the switch to renewable, clean energy.
In North Carolina, solar panels range from $10,500 to $23,660, according to energysage.com. Depending on the size of the solar panel, the price can go up exponentially. For the Twin Leaf team, the cost did not deter the brewery.
“It was just a matter of capital as solar panels are a pretty large expense, however, the decision to make these conscious conservation efforts was really a no-brainer for Tim, as this is one of his biggest passions aside from brewing beer,” Stavish said.
Lindsay Ferkol, senior psychology student, had no idea Twin Leaf was making such a huge impact on Asheville’s environmental footprint.
“I see different breweries around the Asheville area and I don’t even think about the environmental impact they have,” Ferkol said. “I hope to see bigger breweries follow in Twin Leaf’s footsteps in all environmental capacities.”
From supporting local environmental groups to planting native species trees along with pollinator gardens, Twin Leaf creates an environment which not only brews great beer, but creates positive change in Asheville’s environment.
“Twin Leaf’s goal has never been to be a large distribution brewery, but a community brewery with a focus on the people, community and environment surrounding us,” Weber said. “We want to do everything we can to work with local environmental groups and Asheville community outreach organizations.”
Twin Leaf Brewery was recently a sponsor for ClimateCon, hosted by The Collider, an Asheville nonprofit which focuses on innovation in climate solutions. The brewery also fundraises for the Blue Ridge Parkway Foundation and Habitat for Humanity’s home repair fund. Their creativity with fundraising continues by creating a bee beer, which collects funds for Bee City USA.
When thinking about the smaller aspects of being environmentally conscious, the brewery is making small changes within the business. For example, Twin Leaf rarely uses plastic or disposable cups—only glasses when serving their brews.
“The brewery does not currently have a specific recycling area for their glass bottles used.” Stavish said. “The suggestion to start a recycling campaign specific to Twin Leaf is not out of the question.”