Amazing Alumni: From Jenga to Operation, Well Played brings back old-school board games 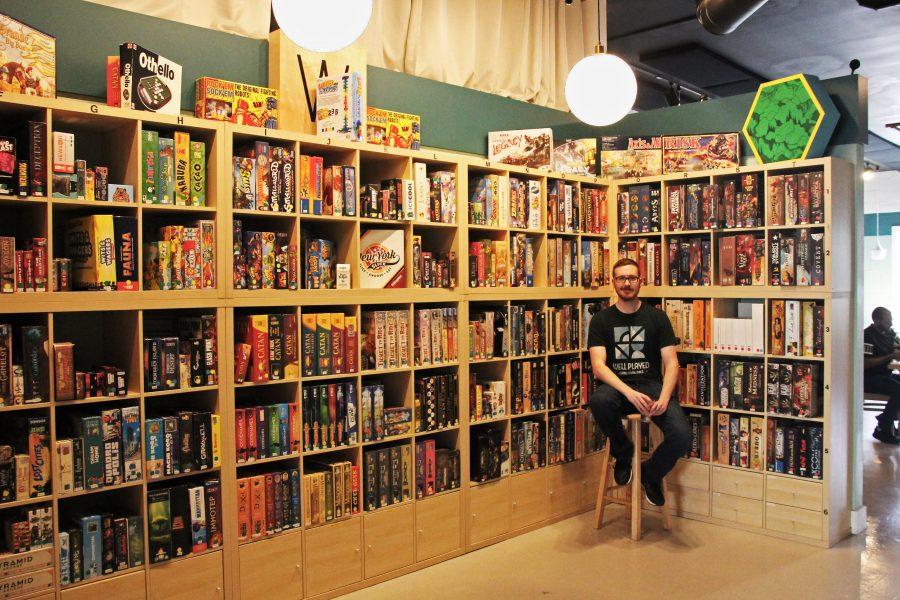 Head game master Tanner Johnson sits with the game wall, where most of the games at Well Played are kept. The business now owns over 600 games.

Virginia Taylor
Arts & Features Staff Writer
[email protected]
Sitting around large wooden tables in the sunny game room, Asheville locals and visitors share cups of fresh coffee as they try their luck at Battleship, practice steady hands in Jenga, and race to the Candy Castle in Candyland. For the owners behind Well Played, Asheville’s board game cafe, they hope this space will feel like a second living room to those who visit.
“We’re about facilitating fun, centered around classic and modern board games,” said Kevan Frazier, one of the three owners of Well Played. “If you come to Well Played and don’t have fun, then we’ve totally failed. Thus far we’ve never had anyone leave and say they didn’t have fun.”
Well Played, located right off of Wall Street in downtown Asheville, is one of the only board game cafes located in the South and the only one in Asheville. Modeled after a popular concept