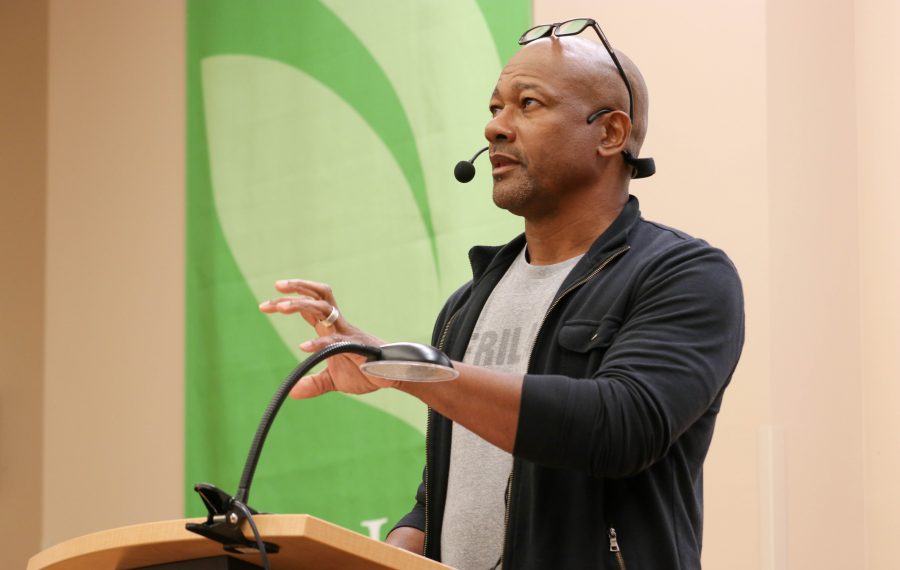 Maddy Sherer
Arts & Features Assistant Editor
[email protected]
By the time Frank X Walker was about 9 or 10 years old, he finished all the Hardy Boys, Nancy Drew and Sherlock Holmes books his local library offered. Feeling unfulfilled, he peered over the help desk counter to ask the librarian why there weren’t any books about black people. The librarian leaned toward him and replied with a sneer in her voice, saying, “Why don’t you write one?” So one day, he did.
In the year 2000, Walker published his first collection of poems in a book titled Affrilachia, but he said her comment remained with him as