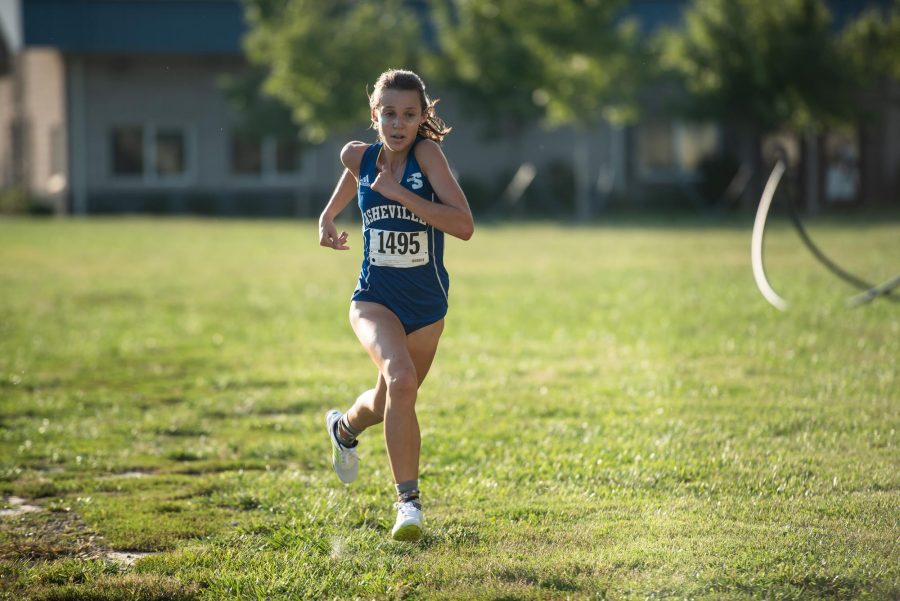 
Henry McGannon
Sports Staff Writer
[email protected]
For the second consecutive year both UNC Asheville men’s and women’s cross country teams won the Asheville Invitational.
Coach Jesse Norman was hoping for a repeat of the Bulldogs 2017 sweep of this event. He got his wish, despite some runners feeling unwell prior to the race.
“I was pretty happy. It’s always good to get the wins. Winning on both the men’s and women’s side was good. I would have liked for the guys to win by a little bit more. We just had a couple breakdowns with a couple people being sick and not 100 percent. But a win is a win,” Norman said.
Norman said he is happy with the result of this race, but is still focused on the conference championships that will take place on Oct. 26.
“Our next block is about getting a little more VO2 work in, getting some more of the longer speed stuff in that we need to do, that we need get in order to be fresher and a little bit speedier, and feel a little better about ourselves. We’re also working on team dynamics and bringing that team gap down from one to seven. The closer we can get that gap, the better of a team well be,” Norman said.
Freshman Clara Wincheski, from Williamsburg, Virginia won the race individually on the women’s side. She started running cross country with her high school team as an eighth-grader. Running with older kids in middle and high school helped her grow into a great runner at a young age.
“I did club track in sixth and seventh grade and it was a lot of fun. That is when I found out I could run with the high school team in eighth grade,” Wincheski said.
She had a lot of success running cross country in high school. She wasn’t sure if that success would immediately translate to running against Division I athletes. Her family and friends told her she needed to prepare and not have any expectations going into college. They may have underestimated her.
“I wasn’t really sure what to expect coming into college. During high school in my junior and senior years I won a good number of district and normal meets. Going into college my parents and everybody were like, ‘You know you’re not going to be the fastest anymore, right? You gotta get ready to be not as fast as you were.’ I was like, ‘Yeah man, I’m ready, it’s good,’” Wincheski said.
Wincheski prepares to win. She trains on her own two days a week on top of team practices and workouts. Even though she works hard each day, she said she still benefits greatly from the advice of her coach and more experienced runners.
“Coach said that there were some teams that had some fast people that I needed to keep up with. Then my teammates told me that there were a couple girls who would go out really fast and to try to stick with them. So that was kind of my thoughts going into the race: try to stay close to the front,” Wincheski said.
Cross country races are long and it is hot in North Carolina. Most people would not consider running in the heat. Men’s cross country athletes run anywhere from 5 to 6.2 miles during a race, regardless of the heat index. Zach Boone runs for the Bulldogs cross country team.
“The race went really well for me. Coming from the first race, I didn’t have a great race, so the second race was really nice to run faster and run better for the team. One of my teammates, Thomas Little, helped me through the middle part of the race where I was struggling, and by the time I got to the end of the race I was feeling fast and I was feeling good,” Boone said.
The Bulldogs only have one event left this season before their conference championships in late October. Check out the team and individual results on the UNCA athletics webpage.
Delete Image
Align Left
Align Center
Align Right
Align Left
Align Center
Delete Heading