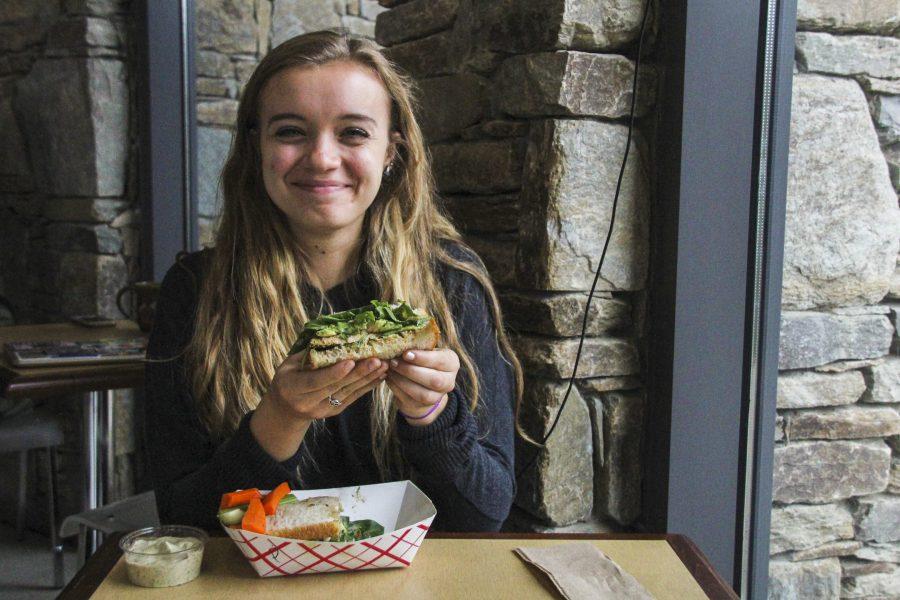 Virginia Taylor
Arts & Features Staff Writer
[email protected]
As sunlight pours through the large windows in Rosetta’s, Roxie Topper takes another bite of her tofu and avocado sandwich among the chaos of the afternoon lunch rush. As a vegan student on campus, this is the usual lunchtime scene for Topper.
“I think that Rosetta’s is a really good addition to the campus, I feel like I would not survive here if it wasn’t here,” Topper said, dunking a