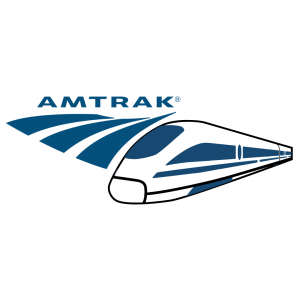 The Biden administration recently announced a plan that would establish a nationwide Amtrak railroad system. The decision comes after years of growing pressure from transportation experts and civilians alike encouraging the United States to modernize railroad capabilities.

President Biden claims his plan would create 19 million jobs, potentially changing the face of the American transportation. Unsurprisingly, Amtrak is thrilled with the proposed 80 billion dollar proposal, but some critics claim the plan is underwhelming. The completion of the Amtrak revival is scheduled for 2035 and some members of the Asheville community believe the plans can come to fruition sooner.

Kaylee Negrin, 23, a server at Red Lobster, hopes pressure from the public will encourage the Biden administration to speed up current plans.

“I think 2035 is a little ridiculous. I understand things don’t happen overnight, but, it’s not like they can’t prioritize clean transportation a bit faster. We’re already so behind a lot of countries; you’d think they’d be hurrying to catch up,” she said.

Negrin said that for her, a nationwide railway system would make travel to her family in both the midwest and northeast more accessible. Today, Amtrak primarily serves the east coast, with more concentrated stops in the northeast. The current system however, does not include extensive stops throughout the midwestern region of the country.

“It’s hard enough to get to visit as it is–a train would be a gamechanger really. It’s not only that it’s expensive to fly, but the harm it causes on the environment is unsustainable. Trains seem like the reasonable next step,” Negrin said.

For decades, environmentalists have been pushing for railroad expansion. Concerns of growing carbon emissions from airplanes, automobiles and ships are driving emphasis on alternatives. By expanding Amtrak to include nationwide coverage, the United States would join various highly developed countries who provide reliable railway transportation. As it stands, the United Kingdom, Japan, Italy and China have all implemented high-speed trains. According to Pete Buttigieg, the current transportation secretary, the improvements are a “no brainer.”

The plan, while ambitious in nature, is stirring excitement among UNC Asheville students. London Prescott-Collier said for her, she sees a move toward railway transportation as a positive.

“Having an Amtrak station in Asheville would be a huge opportunity for me. In fact, it’s something I have longed for since going to UNC Asheville,” Prescott-Collier said.

She said her experience with the current Amtrak system has not always been positive, but it is a system worth improving.

“There is a degree of unreliability that is common in the transportation system. The inner North Carolina Amtrak system is known to be particularly reliable compared to others,” she said.

Like Prescott-Collier, many UNCA students do not have access to reliable automobile transportation. Without the local infrastructure necessary for effective public transportation, options are limited to students hoping to travel.

“I have not had the opportunity or resources for a personal car at this time in my life, and I don’t place it as a high priority as I am a firm supporter of public transportation. I used to go to school in Durham while my family resided in Charlotte and I was a frequenter of the train between the two. I find myself yearning for such an opportunity while I’m here in Asheville,” Prescott-Collier explained.

“Expansion in the transportation sector is always important.  The positive changes it would bring would far outweigh the negatives. Positives being, less car traffic in and out of our already crowded city, as well as an adequate way to get people in western North Carolina to Raleigh or Charlotte, where there are more services,” Tate said.

Tate continued by expressing his intention to utilize the modernized train system if the plan is successful.

“I would use it, maybe more for day trips or if I didn’t want to use my car, at least we have an option now,” Tate said.

“There’s endless problems with the transportation industry. I see we need more of that infrastructure locally, to replace terrible bussing systems,” he said.