The crowd sat silently, heads hung from overbearing anguish and communal guilt as the seemingly endless list of names of those lost, from newborns to the very elderly, was read aloud.

Reading the names was part of an annual Domestic Violence Awareness Vigil orchestrated by Helpmate, Buncombe county’s nonprofit domestic violence agency. The vigil was hosted at UNC Asheville and sponsored by the school’s Title IX Office.

Though the list of names captured the scope of the issue in North Carolina, numbers and names are only half the story. That is why, in addition to the reading of the names, the vigil featured two speeches by domestic violence survivors.

Danielle Hall-White, an Asheville native and one of the survivors who spoke, told her story for the first time publicly at the vigil. With a confident demeanor, she described her six and a half years of abuse. Throughout her marriage, she said her husband dragged her down the hallway, threw her, squeezed her until her arms were blue; her life and those of her loved ones were constantly threatened and she even nearly attempted to kill herself.

Hall-White said she told her story because it could help save someone else in danger of domestic homicide.

Katherine Taylor, the second survivor who gave testimony, spoke of suffering frequent sexual abuse which arose late in her marriage. She also underwent tumultuous psychological torment by his threats of suicide when she expressed her desire to leave.

“‘It will be your fault if the kids grow up without a father. I will kill myself right now if you say you’ll leave me.’ It was at this point when the gun was pressed to his head where I didn’t know if I saw steely resolve in his eyes or malicious manipulation,” Taylor said. “But my three children were right across the hallway and I could hardly breathe through the panic and desperation to make this stop.”

Taylor said she shared the painful details of her experience to raise awareness as to the various forms of domestic violence and show what dangers those around us may be facing.

“It’s surprising how many people are survivors that we don’t know are,” Taylor said. “It happens to everyone in some form or another so I hope that perhaps something I said resonated with someone who maybe isn’t ready to talk about it.”

The pain on a survivor’s face and hearing the saturation of grief in her voice as she  describes endless accounts of bruises, debilitating emotional battery and forcible rape, all enacted by a spouse, revokes any remaining apathy and replaces it with full-fledged severity for combatting this epidemic.

Helpmate’s Executive Director April Burgess-Johnson said testimonies such as the ones given by Hall-White and Taylor become integral to raising proper awareness within the community.

“This movement started as one that was led by survivors and when it’s at its best it continues to make central the voice of survivors in this work. Survivors don’t just personalize the issue, they are the experts,” Burgess-Johnson said. “They have lived this experience, they know what it’s like, they know what it took for them to get safety and I think it helps people connect with the emotional component of this. They see themselves in another person and think, ‘That could be me.’”

Through their testimonies, Taylor and Hall-White painted a picture of how their spouses used manipulation, emotional torment, violent abuse, rape and even fear of death of oneself and loved ones to control them. They highlighted a plethora of faults in our society’s understanding of the issue including our perception of who can be a victim, how we respond to requests for help by someone claiming to be abused, how we allocate fault as well as our societal misunderstanding of victims’ strife.

Addressing “Why do they stay?”

Christy Price, Helpmate’s director of outreach and volunteer programming who planned the vigil, said victims receive the same question far too often, a question rooted in a gross misunderstanding of their circumstances.

“One of the things survivors hear all the time is, ‘Why do they stay?’” Price said. “It’s not the right question. We need to be asking, ‘Why do abusers do what they do?’ We need to shift the focus as a community to the perpetrators.”

Hall-White said people who have not been in that situation cannot understand that level of fear.

“This man had threatened to kill my entire family and dump their bodies in the river. He threatened my pastor’s life, my family’s life and I couldn’t put them through it so that’s why I walked around as long as I did,” Hall-White said. “People will say, ‘Well, they’re stupid, why won’t they get out?’ Well, when you’re that afraid, it is hard to get out because they have you so mentally torn and beaten down.”

Hall-White said common misconceptions kept her from sharing her story of abuse. She was afraid of being judged but said people cannot understand victims’ fears unless they have been there and had that experience.

According to data compiled by the Clarion-Ledger, women are 70 times more likely to be killed in the two weeks after leaving than at any other time during the relationship.

A call for support, not questions for survivors

The fear of death upon leaving the relationship is extremely difficult according to Hall-White and Taylor; therefore, they advocate that victims need our support and confidence to keep their secret and aid them in their escape when they divulge their situation to us.

According to the National Intimate Partner and Sexual Violence Survey, an ongoing survey conducted by the Centers for Disease Control, one in four women and one in seven men have experienced severe violence by an intimate partner.

Throughout her abuse, Taylor said she failed to escape earlier largely due to the reactions she received from those to whom she trustingly divulged her situation. In one part of her speech, she recounted the many responses which held her down.

“Listen to the words that cripple us over and over, that feel like physical blows, that leave us feeling helpless, hopeless and alone,” Taylor said. “‘Men, they just can’t help it.’ ‘He didn’t hold you down or forcibly restrain you, so good luck pressing rape charges.’ ‘The church frowns on divorce and breaking up a family. Don’t you know that wives should submit to their husbands? If we pray about this, God can work miracles and you’ll see what you have been doing wrong.’”

Taylor said it is imperative we do not respond to someone coming to us for help in this way, as it undermines their ability to find the courage to escape.

“Hearing those words is really crippling,” Taylor said. “They keep you in a really bad place and you wonder, ‘Am I crazy? What’s going on here? Why doesn’t anyone care?’”

Hall-White said frequently in her speech it is imperative for people to have someone they can fully trust who they can share their situation with were they ever to experience abuse.

“I’m thankful for a pastor who tried to help me but everybody doesn’t have that luxury,” Hall-White said. “Find that one person that you can absolutely trust, hands down. That flat tire friend that won’t betray your trust.”

Victims of abuse, reclaim your voice

Both speakers said friends and advocates from Helpmate played a vital role in escaping their situations, but Hall-White said victims also need to reclaim their voice and access their inner strength to make the move.

“You don’t have to stay stuck. You can reclaim that power. Most of the time, abusers, that’s what they use. They use manipulation to steal your power. You just have to steal it back,” Hall-White said. “Because you can survive and you don’t have to die in it. If I survived, you can, too and that’s simply my message.”

Taylor said she finally felt validated when she called Helpmate and was listened to and reassured.

“What helped me was reaching out to Helpmate because they are set up to foster that, to help women get out, to provide them a safe place, to give them education,” Taylor said. “They’re organized for that, they know who to call, they’re like a machine. So I think I’d say to anyone who is struggling, the hotline is anonymous, you can call it and get advice.”

Joe Belcher, county commissioner for Asheville’s third district attended the vigil. Belcher advocated strongly for the creation of the city’s Family Justice Center which houses multiple agencies under the same roof to aid victims of domestic and sexual violence including Helpmate. Belcher said he is proud of the work the center is doing but there is a need for continued awareness.

“Not everything that you’re passionate about that you decide to allocate funds to always works very quickly. This worked immediately. There are those that have survived difficult situations because of the family justice center, because of the groups that work underneath there,” Belcher said. “A family should be a safe place, it is for most but for those for who it’s difficult, this word needs to go out. Right now it’s about the message.”

Helpmate can be reached at 828-254-0516 and is located downtown in the Family Justice Center at 35 Woodfin St. For those seeking to volunteer, Christy Price, Helpmate’s outreach coordinator, can be reached at (828) 254-2968, ext. 112 or cprice@helpmateonline.org. 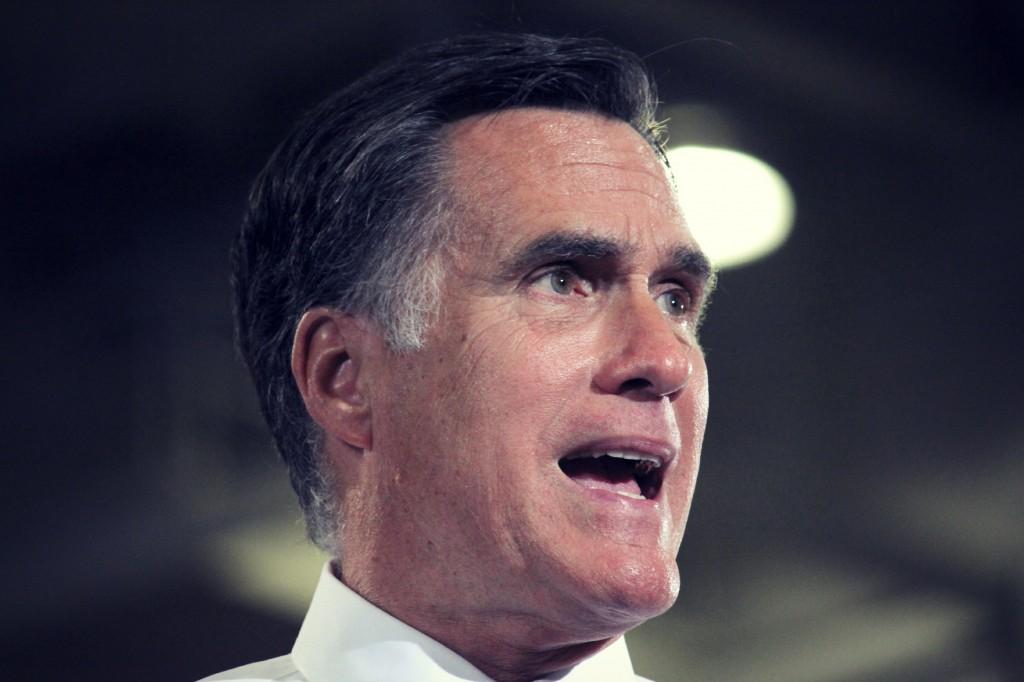 Romney visits the US Cellular Center