Artists of all genres thread the community of UNC Asheville. From musicians to painters to poets, art is made across campus.

The floor of Owen Hall’s drawing studio is stained with charcoal and ink, the white walls smudged with graphite and a few unfinished drawings sit on the towering easels circled around a skeleton resting on a table draped in a red velvet blanket. In front of that skeleton sits Darby Mitchell.

Mitchell, a sophomore drawing student at UNC Asheville, said she became interested in art when she picked up her first crayon, but has not always wanted to pursue a career in art.

“Up until 14, I was under the insane delusion that I was going to be a paleontologist and then I realized that required a lot of math and my parents were like, ‘You’ve literally been drawing six hours a day since you could hold a pencil.’ Then I thought ‘Oh, OK, maybe I should try art,’” Mitchell said.

It was Mitchell’s high school art teacher who really convinced her to pursue a career in art, something she excelled in as well as truly enjoying it.

“She pulled me aside at the end of class and she asked me if I was going to be a professional artist and I was like, ‘I thought about it but it doesn’t really make much money.’ And she just kind of grabbed me by the shoulders and she told me that if I told myself that for the rest of my life then I wasn’t even going to be a happy scientist,” Mitchell said.

She explained how any medium she can use to create a black and white piece, like graphite or charcoal, is normally her go-to. Colors, on the other hand, have taken a bit of dabbling to find the right fit.

“I struggled for a long time trying to find out if I should do a lot of color because I hate watercolors, acrylics are, I’m pretty sure, determined to make my life a living hell and I’ve never done oils. Paint and things that involve a lot of color, I like them but I can’t really connect to them professionally,” Mitchell said.

Soft pastels are normally Mitchell’s color medium of choice, especially when it comes to her street art, that can often be seen around the sidewalks on campus, her initials, DM, signed at the bottom of her works.

“I like making my own, creative, surreal stuff on paper in my private sketchbooks,” Mitchell said. “But once I get an idea for something that is just eye-popping and original and colorful, I want to put it out for everyone to see.”

Mitchell said the process for creating these chalk pieces normally involves a lot of hyping herself up by looking at other artwork, then heading off with chalk in hand and improvising.

She explained how at first, she would do a lot of preliminary sketches, but did not see the point in spending a large amount of time planning something non-permanent.

Mitchell’s style came a long way from her early days, transitioning from a cartoon style to the stark, crisp lines and large contrasts between the values she uses today.

“I like for my artwork to be noticeable from across the room, like someone’s going to walk in and mine is the first one they’re going to see, just because it’s so distinguishable. As for the subject matter, when I’m not doing assignment stuff like still life, mine’s really surreal. I do a lot of horror art,” Mitchell said.

“I know she likes to do a lot of gory, horror kind of stuff. As far as her drawing style, from what I’ve seen, it’s very much shading using line versus blending,” Farrow said.

This process of using line shading versus simply blending is an incredibly tedious and time consuming process.

“She’s very self-motivated, it doesn’t matter what’s going on, she’s going to devote time to this idea so she can get what she needs done and done well,” Farrow said. “It’s awesome to see her progress, because you know, you see her chalk art and you’re like ‘Oh, that’s awesome’ and then it’s like you see everything else she does and that’s good, too.”

Mitchell also creates tattoo designs, some done by commission, but most of the time she sells her art to tattoo shops.

She designed her first tattoo a little over a year ago for her friend Clayton Halsey, a voice actor in Los Angeles also known as the voice actor for Big Brother.

“He saw one of my pieces in my sketchbook when we were hanging out at my parents’ house, he said, ‘Yo, I want this on my arm,’ and I didn’t think he was actually going to do it. And then six months later he sends me a picture and he was like, ‘Yo, I just got it done!’ It was my artwork on his arm, he even got my signature with it,” Mitchell said.

Mitchell said this experience inspired her to start putting herself and her art out into the world and offering her pieces up as tattoos.

“It’s a lot of fun, but it is really surreal seeing your artwork literally, permanently on someone’s body. I still don’t know how to handle that,” Mitchell said.

Mitchell said when she creates her art, she is not designing them with the intention of having a deep, meaningful message. She chooses to focus more on the surface value of her art.

“My artwork never really has a meaning behind it. It looks cool, or it looks like the object I’m trying to represent, I never really want it to start a lot of thought. I just want people to look at my art and not have to come up with their own metaphors,” Mitchell said.

Mitchell admits she does sometimes create art with a message behind it, but said she finds those pieces do not turn out as well because she focuses more on the metaphor she is trying to put into it rather than the piece itself.

“(Darby’s) art is meticulously detailed, with a phenomenal understanding of the subject and makes it overall pleasing to give your attention to,” Powell said. “She’s pretty dope.”

Mitchell is still in the process of figuring out what mediums work best for her, but she knows who she is as an artist and how she wants her art to be viewed by others.

“I just want my artwork to be perceived as something that you can look at and enjoy on the surface and you don’t really have to delve too much into it,” Mitchell said.

Amazing Alumni: From Jenga to Operation, Well Played brings back old-school board games 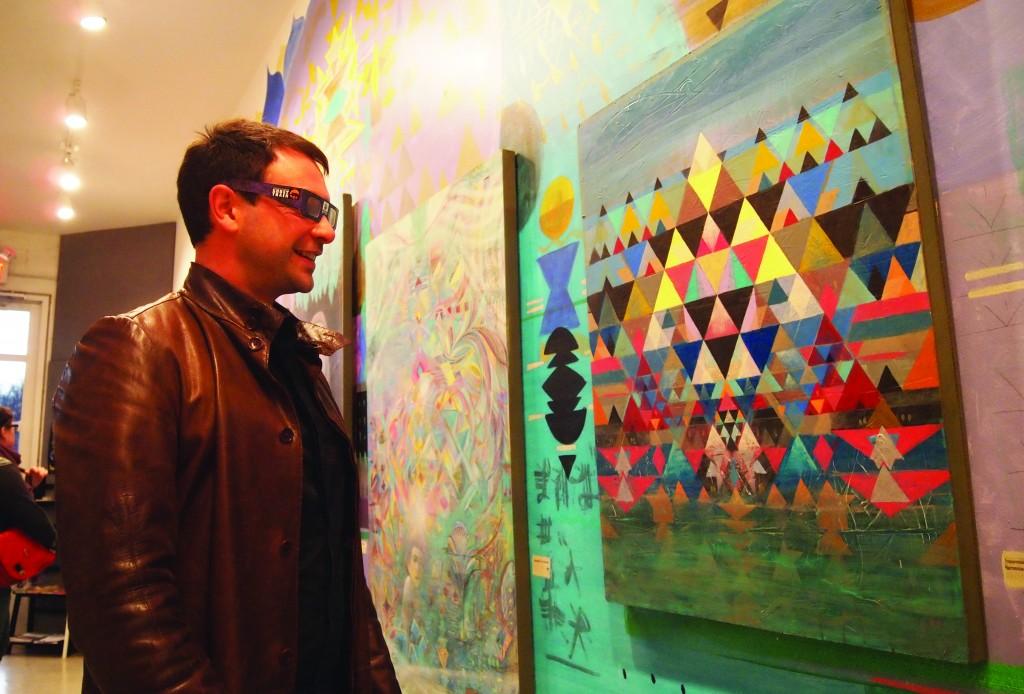