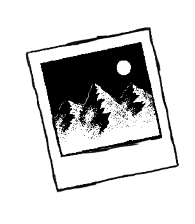 Modernity brought forth a revolution in photography which deemed owning a camera almost unremarkable. The popularity of photography today causes a challenge when discerning the mundane Instagram post from a notable photojournalistic piece.

“I believe the most pressing ethical issue facing photojournalism today is the development of deep-fake photography. Now using computers and photo editing programs, the unreal can become a reality so convincing that experts can be fooled,” said Clint Parker, editor and publisher of the Weaverville Tribune. “Because of this, it is only the ethics of the photojournalist that can prevent lies through photographs from being told.”

While personal technology enables users to easily document the world around them, the role of a trained photojournalist proves more essential than ever, according to Matt Rose, a photographer for Carolina Public Press based in Asheville.

“Technological advances in cell phones and the advent of social media allow one to take a photo and circulate it around the world instantly. It is instant communication. It is really a wonderful thing for journalism,” Rose said. “The only downside is that it is easy for unscrupulous users of social media to attempt to influence society by posting manipulated or misused photos. I think administrators at social media outlets should screen for and remove such images.”

Photography professionals now compete in an oversaturated environment, largely due to smartphones and accessibility, Parker said.

“Everyone today can be a citizen photojournalist with the aid of their smartphones and their social media. News organizations regularly use these amateur photojournalists’ work in their newscasts,” Parker said. “While allowing more stories to be covered and unique photos of life and death to be captured, it’s also taken its toll on the classically trained photojournalist who has seen their value diminished.”

“Professional photojournalists are visual storytellers. They use artistic building blocks such as light, motion and framing. They have the curiosity to gain understanding of the subject matter.  They use their experience and instinct to position themselves in the best possible place to capture a compelling moment,” Rose said.

Contemporary photojournalists must strive to uphold journalistic integrity and combat misleading imagery, according to Johnnie Grant, publisher of Urban News.

“What social media has brought to the forefront are ethical issues that tend to arise over representation and creative ownership. Very few social media posts capture the depth, meaning and heart of its subject,” Grant said.

Continuing a journalistic attitude proves crucial in a time when the rapid spread of information can distort fact from fiction, according to Juli Leonard, a photojournalist for The News and Observer.

“A professional photojournalist should operate within a system of ethics–we don’t pose photos, digitally manipulate images, etc. without professional consequences. We work as visual non-fiction storytellers and most of us have studied journalism,” Leonard said. “We are well-versed in understanding how lighting, lens choice or angle can manipulate the message of an image. The work should not be driven by selfish motivations. There is a dedication to sharing the story as accurately as possible and examining our own bias before and after a shoot.”

Notable photographers from the past like Ansel Adams prove massively influential on photography and the personal lives of photographers today, according to Mike Belleme, a documentary photographer based in Asheville.

“Photography trends, to this day in the documentary and art fields, continue to look down on the simple beautiful landscape photography of postcards and glossy magazines, a continuation or modernization of the legacy of Ansel Adams,” Belleme said. “Most people in the world of photography that I exist within don’t have much affinity for Ansel. However, how can you deny that this broader appeal type work is what actually has the power to change the world.”

Leonard said the historic work of Dorothea Lange continues to inspire her.

“Dorothea Lange holds more significance to me personally. Her role in social documentary during the Depression for the FSA helped tell the story of so many who would not have been seen without her work,” Leonard said. “I have turned to her work again and again in my career for inspiration.  It is simple and timeless, and it takes you straight to the emotion. She was one of the first to record thorough captions to accompany her photos and that played an important role in who we are as photojournalists today.”

“As artists, we want to distance ourselves from the mainstream ideas of beauty. By tapping into a visual language that has a broad appeal, photography can have the power to change the world,” Belleme said. “Of course, the opposite can be true at times as well, and Dorothea Lange is a good example of this. Her work was not that technical, and not that beautiful in terms of traditional and mainstream appeal, yet it showed the world something that they were not aware of and in doing so created much change and impact.”

Social media presents consumers with a sea of images on an almost daily basis. This results in the public often struggling to differentiate the important from the unimportant, Belleme said.

“Photojournalism can be extremely impactful as we have seen in cases like Lange, but it’s harder for it to be that now, because the sheer quantity of media that we ingest means we are less engaged with each piece. It’s bad for photography and maybe even worse for writers,” Belleme said.

The responsibilities of photojournalists include facilitating this media ingestion, as their images identify the moments that truly matter.

“Photographer Jacob Riis published a book of photographs of the horrid living conditions in the slums of New York city in the 1880s.  The photos in the book called How the Other Half Lives caused a movement to improve living conditions for the poor. The unforgettable images of poverty and neglect remain relevant even now,” Rose said.

As society becomes more dependent on visual media, so often consumers base opinions and understanding on a single photo and headline. This proves incredibly damaging for contemporary photography and photojournalism, according to Belleme.

“As a response, most media outlets have chosen to cater to this apathetic movement with more visuals and less words. This on its surface would at least seem like a positive thing for photography, but I think not. I think a few good images paired thoughtfully with in-depth reporting is better for everyone. The images are pretty meaningless without the context and both images, and copy, suffer from falling attention spans. This is especially true of intellectually driven work,” Belleme said.

“They will get maybe 5 percent of what the project is even about. Any accompanying text that gives context will be ignored by the vast majority of viewers, limiting their experience to a simple stylistic appreciation of the imagery, which is a total afterthought on my part.”

Given the overall trends of how today’s population ingests media, photography continues to be essential within journalism, according to Parker.

“It’s been said that a picture is worth a thousand words, and I’ve always added it’s a lot cheaper too,” Parker said. “But the truth is that through imagery, usually in the form of a photograph, and not just our written words, that stories can be told through the printed and digital media to convey a message to our readers. One without the other is only half the story.”

The current media landscape enables platforms like Instagram and Snapchat to document multiple perspectives of an event. While a seemingly significant advancement for photojournalism, Parker argues an amateur cannot compare to a professional photojournalist.

“It is true that anyone can be a photojournalist today. However, they cannot tell you what makes an exceptional photograph that tells a story or how to get it. They sometimes stumble upon a good or even a great photo occasionally, but only with teaching, training and experience can a photographer become a great photojournalist and can take good photos consistently,” Parker said.

As artists, photojournalists invest both emotion and diligence into the photos they take. Belleme reflects on the spectrum of photography and what continues to motivate him.

“Journalism is supposed to offer little in the way of personal perspective and much in the way of information and facts of what happened when to who,” Belleme said. “On the far other end of the spectrum from photojournalism is art photography. In that world, the photographer is exploring their own internal landscape through the external world.”

Each photographer holds their own unique connection to the images they create. For Belleme, achieving balance proves most important.

“My motivations have always primarily been emotional and intellectual. I have come to view great photography as work that perfectly balances these two things,” Belleme said. “I see most of my work as right in the dead middle of these two. The term  ‘documentary photographer’ which I prefer, encompasses the broadness of this spectrum. My photographs are about the people or places that I am photographing, however I am completely embracing my perspective and making no effort to subdue that.”

Belleme said maintaining the integrity of his work comes before all else, including financial gain.

“There is some economical motivation of course, but I have pretty much completely stopped taking commercial work because it doesn’t satisfy those other two criterions even though it pays 3-4 times as much per day,” Belleme said. “I have cut my income down significantly to preserve the integrity and voice of my work.”

“There is no economic reason to be a photojournalist – seriously. You make little money in a dwindling industry with a constant threat of layoffs and a sometimes-hostile public,” Leonard said. “But everything else is incredibly motivating – as a democracy, it is so important that we serve as the watchdogs of our government and communities.”

“Intellectually, I never get bored. There is always some new skill to learn or hone. And emotionally, there is no greater gift than for someone to share and trust you with their story. Those are powerful connections.”

Student, activist, all around wunderkind