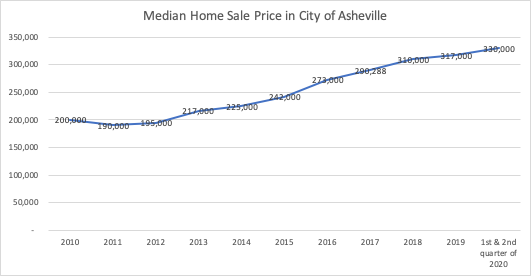 The median price for homes in Asheville gradually increases while the population of Black residents steadily declines, according to data from the Carolina Multiple Listing Service and the Census Bureau.

“A part of the reason Asheville is the way it is today is because of its history of redlining and urban renewal or modern-day gentrification,” said Eddie Donley, local real estate agent. “Urban renewal took a lot of the Black communities’ landmarks and right now that is the fight that the city is having with the help of groups like the Racial Justice Coalition. The city is making sure that the land that is being sold back to Black communities was not land that was taken.”

The Fair Housing Act handbook describes redlining as a practice that helped implement bias into the structure of housing by creating maps defining desirable areas for investment. If a neighborhood was considered insufficient for investment, the city shaded the area red or “redlined.”

Redlining became official upon the introduction of the National Housing Act of 1934. It also established the Federal Housing Administration. President Franklin D. Roosevelt signed the act with the intent that it would help stabilize the housing market amid the Great Depression.

“Redlining started around the Great Depression for the government to find out credit worthiness or credit risk,” Donley said. It was popularized back in the ‘30s and ‘40s and continued until 1968 until the Fair Housing Act was passed.”

Donley said redlining continued to a certain degree into the ‘80s, but was not overtly called redlining.

Recently, Asheville’s median property value of homes increased by 65 percent from 2010 to the first and second quarter of 2020, according to Carolina Multiple Listing Service. In 2010 the median home sale price was $200,000. It is currently $330,000.

Alfred “Al” J. Whitesides Jr., member of the Buncombe County Board of Commissioners, experienced the drastic home price changes from a banking perspective and as a consumer. He was raised in Asheville, comes from a strong banking background and was a major leader in the civil rights movement.

Whitesides said he wanted to check the house out for himself after not seeing it for years. That same day he drove to the home, he and the owner conversed and Whitesides was granted permission to examine the house from the inside. It was renovated completely from when he lived there.

“It looked good,” Whitesides said. “It was still the two-bedroom house with one bath, a kitchen, dining room and living room. But this time — it sold for $168,000.”

Between 2000 and 2010, Asheville’s Black population decreased by 10.83 percent, while overall population grew, according to the U.S. Census.

Asheville is No. 2 on the top 10 list of cities that are gentrifying the fastest with an 88 percent increase in median home price between 2000 and 2015, according to the American Community survey and the Realtor.com database. Many Black residents cannot afford the increase in price and are forced out of the area.

“Residents need to really understand — there are systems in place that daily undermine Black advancement and Black success,” Judson said. “Whether it’s disinvestment in housing or allowing for wholesale gentrification of neighborhoods — this is not an individual problem. It is a systemic problem for the city.”

“Employment discrimination, low wage service sector that doesn’t pay a living wage, folks losing their homes because of increased tax burdens — that is almost a handbook on how to displace African Americans who are shut out of the upward mobility opportunities in this city,” she said.

“Redlining is still kind of happening,” Donley said. “The way they hide it is by saying it is a credit risk. So now all you have to do is take it down to 10 percent affordable housing and then the rest of it was whatever housing you want there. Creditors only demand 10 percent has to be affordable housing.”

A Home Owners’ Loan Corporation redlined map of Asheville from 1937 shows the Black neighborhoods of the city. Today, those same neighborhoods are predominantly Black and are being gentrified, according to a map showing the displacement of African Americans in Asheville from 2010 to 2015 with statistics from the geographic information system and the city of Asheville equity team.

“Between redlining, then urban renewal, then gentrification, the displacement of the Black population in Asheville is huge,” Malis said. “As I learned the history of Western North Carolina I realized that there is a very strong Black culture here, but the culture was forced out.”

Gene Bell, former CEO of the Asheville Housing Authority, said since the Black population in Asheville is so displaced, when a Black resident puts their home up for sale, statistically, the chances of them selling their home to another Black person is far lower than if they were white.

“Historically, the most affordable areas are areas that are predominantly Black,” Bell said. “The next generation, millennials, are not objecting to live near Black neighborhoods. So, they start moving in, another property goes up for sale, a white person moves in — and it creates a snowball effect.”

Kelly Allen, educator at Cumbie & Trull School of Real Estate, said most major cities in the U.S., especially in the North, have delineated lines distinguishing where Black people reside and where white people reside. In Asheville, it is no different. There are historically Black neighborhoods, but due to the effects of urban renewal, systemic racism and redlining the population in these neighborhoods are decreasing.

Malis said although redlining was banned in 1968, there are still informal ways mortgage lenders racially discriminate.

Opportunity Zones were developed by Congress through the Tax Cuts and Jobs Act of 2017.

“The current president is offering big time tax incentives for developers to “breathe life” back into low socioeconomic areas, which are still those redlined areas,” Allen said.

Opportunity zones increase the basis of any investment held in a qualified opportunity fund for 10 years to 100 percent of its fair market value on the date it is sold or exchanged, according to the act.

Allen said if a developer held a property for more than 10 years and then sold it they would not have to pay any capital gains tax to the government, allowing the developer to keep 100 percent of the profit.

“We can never solve the problem of gentrification and what we’re going through now if we don’t start somewhere,” said Whitesides. “I know we can’t correct it overnight, but we have to do something. We need change.” 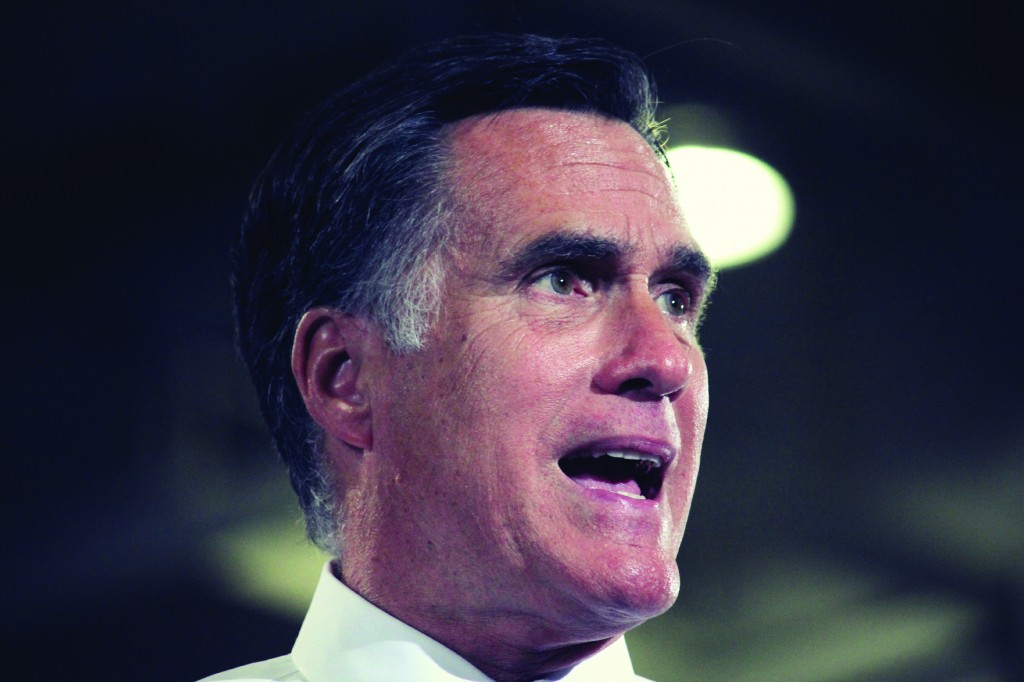