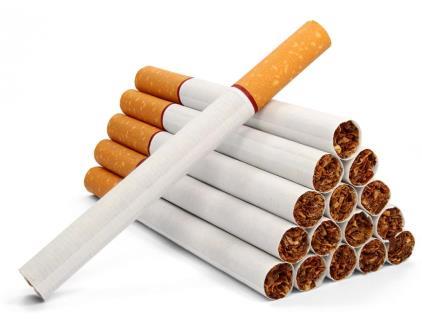 “The fact that I have a stronger work ethic than the administration here really surprises me,” said Leon Breakstone, a 20-year-old UNC Asheville sophomore from Winston-Salem, on the subject of the university closing its most popular designated smoking area.

Breakstone is one of many concerned students at UNCA who are unhappy with the impending removal of the campus’ most populated designated smoking area, the “Ashe-Hole”.

“The Ashe-Hole is like a forum for people to go to,” said Pablo Best, a 20-year-old Charlotte native and women, gender and sexuality studies student at UNCA. “I don’t mean to make it sound like more than it is, but it’s always felt like a large watering hole of sorts.”

Best described the smoker’s circles as one of the only places on campus where students aren’t simply crossing paths with other students, but rather having prolonged interactions with peers in a relaxed setting.

“Frankly, I think it’s pretty stupid the university is taking it away. The way I see it, if you’re going to confine students to smoke in a designated area, you should allow them to take ownership of the area,” Best said.

Best brings up ownership because he said the university recently informed students at the Ashe-Hole that the spot will be removed next semester because of all the art, trash and graffiti both inside and on the wall directly outside the smoking area.

In addition to the mess and graffiti, campus police have responded to reports of drug and alcohol use at the Ashe-Hole, according to the campus police crime log.

While it’s understandable that the university feels the way they do, Best said a spot like the Ashe-Hole unavoidably becomes the environment of those that frequent it.

“It’s a school. The point of a school is to protect the students. So, if you feel like your duty to them is to prevent them from doing something, then tell them not to do it. And if they continue, leave it at that, because in the end they are here for school, not to get locked up or have a stain on their record,” Best said.

Best expressed concern for students who frequent the Ashe-Hole, and said he worries some wouldn’t just be dealing with campus law enforcement if the smoking area were taken away.

Scully Schubert, an 18-year-old UNCA freshman from Denver, North Carolina, frequently visits the Ashe-Hole and said she can see why the university will be removing the spot next semester.

Schubert said if she didn’t smoke cigarettes, she would probably stay in her dorm the majority of the time.

“They’re taking away such an important social outlet for kids who otherwise wouldn’t have any social environment to be comfortable in. I know a lot of kids who wouldn’t have friends if they didn’t come here all the time,” Schubert said.

On the other hand, she said she feels students have gotten too comfortable in this space, neglecting to properly dispose of their cigarette butt waste.

“I’m not surprised they want to take it away. We fucked it up. I mean, the people here fucked it up,” Schubert said. “Hopefully, this will teach everyone a lesson, like, this isn’t your hometown, like, you can’t go and trash shit everywhere.”

Schubert said she feels the removal of the smoking area will not change any of the student’s behavior, and that they are not harming the area significantly.

“People are still going to do what they’ve been doing, they’re just gonna go somewhere else to do it. I can see why they’re taking this place away, but I still don’t think they should. Not only would it inconvenience a bunch of people; the Dunder workers come here to smoke. Plus, they’d just be spreading about the drug use and whatnot, and there’ll be so many cigarette butts littered all over campus,” Shubert said.

Best said UNCA does not care about the individual well-being and success of its student body.

“It’s just smoke and mirrors. The university presents this image of protecting the students,” Best said.

“When it comes to protecting the students, I don’t feel as though that’s really the goal,” Best said. “I feel like the goal, like any other law enforcement branch, is to generate revenue for whoever they work for, and that’s what they’re doing.”

Best said he lived on campus last year, like most freshmen at UNCA.

“I don’t think they (the campus police) really mind students doing illicit things in the dorms ’cause that just gives them the opportunity to go in, mess with them, make some money off them, whether it’s immediate citation fees or multiple infractions leading to a bigger fine,” Best said.  “That’s why it’s so important that they don’t take this place away — because there are ways to avoid whatever it is exactly the university wants to avoid.”

Best proposed a possible solution to the removal of the smoking area, in the form of a student coalition consisting of students appointed by students to check, clean and maintain the Ashe-Hole.

“I live off campus now, but it’s still pretty clear that students really care about this place. And if we really care about something, since we’re paying you money to look out for us, you actually include us in the decision process,” Best said.

Keegan Martin, a 20 year-old junior at UNCA and Asheville native, said he isn’t shocked at the stance the university is taking on the issue.

“The Ashe-Hole feels most like a creative spot and one you won’t get in trouble for loitering at or just feel bizarre hanging out at all afternoon,” Martin said.

As for the criticism the regulars at the Ashe-Hole have received from the university, Martin said he understands.

“Obviously, the school doesn’t have to offer us a smoking spot at all, let alone a clean one, but it is hypocritical of them to say ‘If you wanted to keep it, you should’ve kept it clean’ to a bunch of kids,” Martin said.

On the subject of illicit activities at the Ashe-Hole, Martin said students will surely still drink and smoke. He explained that removing the Ashe-Hole will only encourage students to drive off campus to drink and smoke, unavoidably causing a spike in students driving under the influence.

Martin said the closing of the spot will ultimately change nothing in terms of student behavior.

“There’s going to be a dispersal of the people who like to hang out there. And because those groups of people won’t stop doing what they’re doing. It’s not really solving much of anything,” Martin said.

For Martin, the issue comes in the form of student safety, which he said is ultimately being ignored by the university’s removal of the Ashe-Hole.

“Smarter countries than us have something called the ‘Needle Exchange’, which basically means if you’re kinda dumb and want to shoot up heroin, at least you don’t get sick or fuck up your veins, and in that respect, I think the Ashe-Hole is kinda serving the same purpose,” Martin said. “If you’re the type of kid who likes to ‘turn up’ on campus, who’s to say whether or not you should ultimately be allowed to do so or not? It’s better to have those kids at the Ashe-Hole where they’re within walking distance of their dorm, police officers, hell, even medical attention, and when you force kids to start sneaking around, the methods they use to drink or smoke become more risky and dangerous, as opposed to having the option to do it pseudo-openly.”

Martin said he acknowledges the university’s point of view but argues that the well-being of students should certainly take precedence over appearances.

“I’m not saying if kids can’t drink their 40 out at the Ashe-Hole, they’re going to start brewing bathroom hooch in Mills Hall, but I am saying when you rob kids of that social atmosphere they’ve grown to depend on, there’s less support and safety involved in their activities, and that’s a problem, because no one’s going to change their behavior once the Ashe-Hole disappears,” Martin said.

Martin also expressed concern for the message the removal of the spot is sending the student body; “I really don’t think they’re removing it (the Ashe-Hole) because the administration hates the people who frequent it, but I know that’s how a lot of the people who go there feel about its removal,” Martin said.

The Ashe-Hole was first introduced to students in fall of 2014 as a new smoking area to replace the smoking spot in front of Mills Hall that was (much like the Ashe-Hole is about to be) removed from campus.

“To see the university start such a small project, I mean, this is a small fucking thing, this is a smoker’s circle. They’re giving up on a project they sprung into creation not even three full semesters after introducing it, and that’s kinda concerning to say the least,” Breakstone said.

Is college worth facing adversity: campus community says not necessarily

One thought on “Au revoir, Ashe-Hole: What the removal of a campus social hotspot really means for UNCA students”