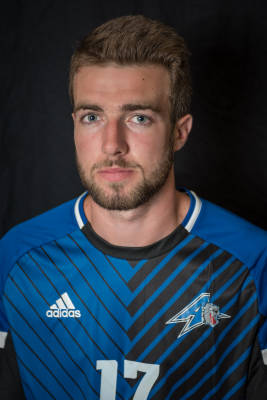 Appalachian lept ahead of the Bulldogs after scoring two goals during the game’s first half, placing the score at 2-0.

Richie Lee, a midfielder for the Bulldogs, said Appalachian’s quick lead came from an absence of focus on the part of the Bulldogs.

“We were lacking energy in the first half,” Lee said. “We weren’t aware of anything going on on the field and they punished us with an early goal.”

Lee said that the team found its form as the game progressed.

“We improved in the second half because we came out with more energy and more aggression,” said Lee. “We started playing how we are supposed to play.”

Team captain Andrew Lawrence said the team’s first half woes were overcome by the pressure to maintain the team’s pride.

“Appalachian is our rival so we came out in the second half wanting to fight for the win,” Lawrence said.

The Bulldogs pace and coordination definitely seemed to improve in the second half and was thrust even further forward by Lawrence’s spectacular strike, giving the Bulldogs their first and only goal of the game.

Lawrence said the setup created by defender Zach Compton was too great an opportunity to pass up.

“Compton played a nice ball to me then I took a touch,” Lawrence said. “I knew I had some space behind me and no one came and stepped towards me so I just smacked it, and fortunately it went in.”

The shot flew past all nearby defenders and the goalie directly  into the top right corner of the goal.

Tyler Moore, a goalie for the Bulldogs, came into the match early to replace Chris Katt. He said the discussion in the locker room wasn’t about anything specific, but instead focused on improving the overall execution of the team’s process.

“We knew we had to clean up our execution,” Moore said. “Clean our touches up, get the ball moving around the park and make sure we are secure defensively.”

Moore said despite it not being enough to win the match, the productivity of the second half instilled momentum in the team for upcoming matches.

“One thing we learned from this game is we can’t start off slow,” Moore said. “We have to build off of that momentum we had in the second half as we head into our next game.”