Chancellor Cable signed the Carbon Commitment promising UNC Asheville’s campus to be carbon neutral by 2050 at a Greenfest event on March 30.

“We have a lot of work to do, but we will do that work over these number of years,” Cable said at the event.

The chancellor said UNCA now is one of 400 colleges and universities in the United States who have pledged carbon neutrality by 2050, joining the 10 percent of U.S. universities who have signed the commitment.

“Today’s action, rooted in our values of sustainability and environmental stewardship means that we will build on the student generated action plan for climate and we will take the steps necessary in the coming years to be carbon neutral,” Cable said.

The chancellor said the university received over 50 individual letters from students in support of UNCA signing the Carbon Commitment.

UNCA junior and environmental equity major Lindsay Nystrom spoke at the event and said for the past year she has helped push the movement to sign the Carbon Commitment and developed a climate action plan with a small group in her climate change class last spring.

“It’s been a really great honor to work on this project and I am really proud of the campus, the university and especially the students who have really worked together and worked hard to get this to where it is,” Nystrom said.

According to Alison Ormsby, interim co-director of sustainability for UNCA, a climate action plan must be developed within the university on how steps will be taken to reach carbon neutrality by 2050.

“We’ve already drafted one, but it is still very much a work in progress, so that will be ongoing,” the environmental studies lecturer said.

A celebration for the Woods on-campus apartments achieving LEED Gold was also held during the March 30 event. LEED stands for Leadership in Energy and Environmental Design and is the most widely used green building rating system in the world, according to the U.S. Green Building Council.

“When I think about the woods, I think it really signifies a couple of things that are truly unique and special about UNC Asheville, not just when it comes to the area of sustainability, but overall,” Vollie Barnwell, the director of housing and student life operations said.

According to Barnwell, the Woods residence halls’ achievement of LEED Gold was a group effort and the on-campus apartments offer a desirable and state recognized space for students to live on a college campus in addition to being sustainable.

Barnwell said the Woods achieved LEED Gold before the pandemic, but because of COVID-19, the certification was not able to be celebrated in the way originally planned until this Greenfest.

The March 30 festivities included tabling of various clubs and organizations on Reed Plaza. Grace Serdula, a UNCA freshman, tabled for fair trade on Reed Plaza during the event.

“We are a fair trade campus here. For those who don’t know what fair trade is, it is a movement to fight against child labor and working conditions and to make sure farmers get living wages,” Serdula said.

The UNCA student said fair trade tackles the agricultural sections of coffee, chocolate, sugar and clothing and they have been working with fair trade for two semesters.

“This Greenfest, specifically, I think will go down in the history books because of the Carbon Commitment,” Serdula said.

Greenfest events began March 27 with a volunteer work day in the BeLoved micro-village, a virtual environmental think tank on March 28 and a workday in the Ancient Gardens beside Whitesides Hall on March 29, according to the office of sustainability at UNCA.

The on-campus workday on March 31 was cancelled due to rainy weather, according to Jackie Hamstead, but Spring Feast within Brown Hall featuring locally grown food products took place. April 1 festivities included a sustainable retirement brown bag talk and two volunteer workday options, one at the Castanea Garden at the Sam Millar complex and the other at the Sol Garden.

“It’s a community space and it is open always for people to harvest things there, to spend time there, to birdwatch, to just let the land absorb whatever it needs to absorb from them,” said Julia Weber, a UNCA land based community studies major and Castanea Garden organizer.

The UNCA sophomore said Castanea Garden located beside the Sam Millar building hosts workdays on Wednesdays from 11 a.m. to 1 p.m. In addition to working in the garden, Weber said they plan to host candle making and medicine making activities at Castanea Garden.

“The main thing that comes to my mind is getting to engage in the process of reciprocity with land, in terms of trying to give so much to the land in exchange for as much as the land gives me. In terms of the space to process things and the space to heal and love and laugh,” she said.

Naomi Todd, a UNCA sophomore, history major and Castanea Garden organizer, said Greenfest offers a space for students who may not be involved in environmental circles to learn more about sustainability and get their hands dirty.

“I feel like campus can be really divided in things people are involved in, so I think it is a cool thing that they can come to garden workdays, they can learn about local food stuff on campus and sampling on campus,” Todd said. “I kinda wish it happened more, honestly.”

Greenfest’s activities closed the week with a sustainable product showcase on Reed Plaza, a ROOTS Garden workday and a campout on the university quadrangle on April 2 and a bird and plant walk hosted by the UNCA Audubon and the UNCA Plant Club on April 3, according to the office of sustainability.

“We affirm that mother earth matters to each and every one of us and should matter to everyone on this earth,” Chancellor Cable said at the signing of the Carbon Commitment 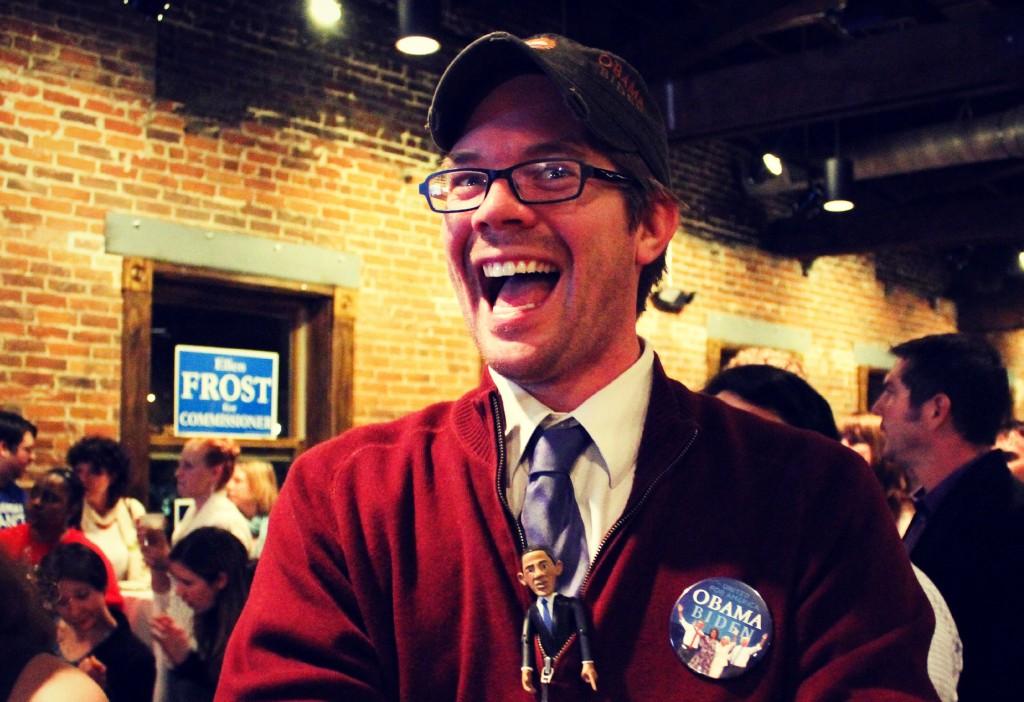