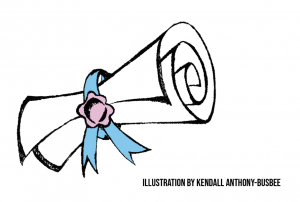 While the passing of North Carolina’s House Bill 142 proves to be an incomplete win for many, the bill includes a sunset clause set to expire on Dec. 1, 2020, meaning the state’s ban on nondiscrimination ordinances would cease to exist, according to Meghan Boone, an assistant professor of law at Wake Forest University.

“If the sunset date on a law passes, there is no need to repeal the law, it becomes void by its own terms, ceasing to be the law,” Boone said.

Sections 3 & 4 of the bill say no local government in North Carolina may enact or amend an ordinance regulating private employment practices or regulating public accommodations. Section 3 of this act expires on Dec. 1, 2020.

Legislators most often include sunset provisions in laws because they either anticipate or hope that the need for that law will have lapsed by the date of the sunset provision, or because it is a way to create political consensus around a contested issue, according to Boone.

“For instance, if there were legislators on the fence about casting their vote in favor of a particular law, they might be persuaded to do so by a sunset provision, which limits the law’s operation to a particular period. You can think of it like a trial run,” Boone said.

Currently, Lambda Legal and the American Civil Liberties Union of North Carolina represent six LGBTQ+ North Carolinians in Carcaño v. Cooper, a lawsuit challenging H.B. 142. While the case initially challenged H.B. 2, the lawsuit was amended to challenge H.B. 142 when the replacement law was passed in 2017, according to Lambda Legal.

“The court’s decision does not ac

H.B. 2 and H.B. 142, but we will continue fighting for the rights of all LGBT people in North Carolina as this case proceeds,” said ACLU of North Carolina Legal Director Chris Brook. “The bottom line is that LGBT North Carolinians deserve to feel secure in knowing that when they go about their daily lives and interact with businesses open to the public, any discrimination they encounter is unacceptable.”

As the sunset clause date nears, Boone said the expiration on H.B. 142 could impact lawsuits like Carcaño v. Cooper.

“If a lawsuit challenging a law that has a sunset provision goes beyond the date of the sunset, there is a chance the lawsuit would be dismissed at moot, although that would depend on the particular legal claims in the suit. But clearly anyone seeking relief from the operation of the law would lack a continuing legal claim,” Boone said.

In 2019, U.S. Judge Thomas Schroeder ruled that the replacement law does not bar transgender people from using public restrooms and other facilities that match their gender. However, the law still prevents cities from passing any prohibitions on discrimination in places of public accommodation or by employers until December 2020, according to a statement from Lambda Legal.

“Nothing in the language of Section 2 can be construed to prevent transgender individuals from using the restrooms that align with their gender identity, as plaintiffs claim some had apparently been doing successfully prior to the passage of H.B. 2,” Schroeder wrote in his ruling.

North Carolina made headlines in 2016 when the state House and

Senate passed House Bill 2, which was signed into law by then-Governor Pat McCrory.

“The North Carolina ‘Bathroom Bill’, House Bill 2, which received national attention and was thankfully repealed, was written with an unspoken but glaringly loud message: ‘Transgender folks are perverts and we need to keep them away from us,’ said Miriah Feehery, a licensed professional counselor based in Asheville.

According to Brook, H.B. 142 was a compromise to stop companies from boycotting the state by removing the prohibition that H.B. 2 imposed.

“Because H.B. 2 was so unpopular, discriminatory, and toxic to our state, legislators were forced to rewrite the law. But the rewrite, H.B. 142, was nothing more than an effort to sidestep criticism, avoid political retaliation, and get back in the good graces of big business and sports organizations so the money would flow again,” Brook said.

House Bill 2 required transgender individuals to use the restrooms of their sex assigned at birth, according to Dr. Marie-Amélie George, an assistant professor of law at Wake Forest University.

“H.B. 2 was a response to gender identity anti-discrimination protections at the municipal level that guaranteed trans individuals’ access to public accommodations, like restrooms, according to their gender identity,” George said.  “I don’t know why the legislature included the sunset clause, but I imagine it was political wrangling from one side or another.”

Feehery said policies should be made to protect transgender individu

als from the violence they experience and are threatened with daily, rather

“The tragic truth of fear-mongering policies such as this is that they tend to increase violence against the people who are being mislabeled as dangerous. Any thoughtful policy maker would look at the facts and statistics of who is vulnerable to violence, and create policy to protect them,” Feehery said. “Since no cisgender person was ever reported to be hurt in a bathroom by a transgender person, the policy was obviously inflammatory and malicious, and nothing else, for no other reason than strumming up hate and fear in the minds of ignorant people.”

Ames Simmons, policy director for Equality NC, said a lack in the transparency of North Carolina’s political process was exploited by a small group of people with significant power in order to push H.B. 2 through legislation.

“People’s lack of familiarity with transgender people can be exploited by those in power to stoke fear about trans people as predators seeking to do violence to little girls in restrooms, when we know that the reality is that transgender people are the targets of violence, not the instigators. By distracting people with those fears, they are able to enact much more harmful legislation like H.B. 2, which also took power away from cities and counties to enact fair labor and employment laws like living wages,” Simmons said. “Notice that people refer to H.B. 2 as ‘the bathroom bill’ and not as ‘the preemption law’- it worked just like the power structure at the NC General Assembly intended.”