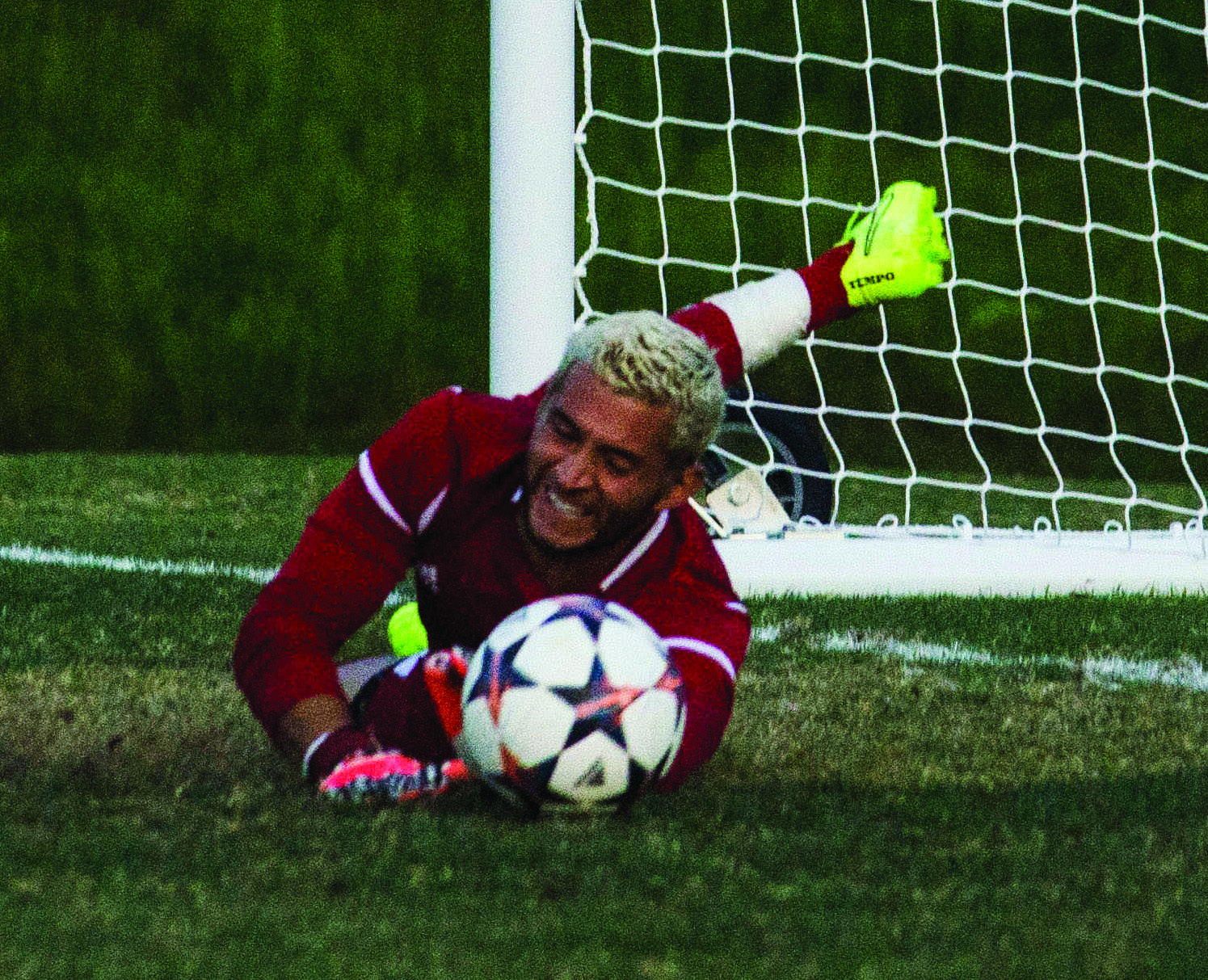 The opening of the fall soccer season brings a shift in leadership to the UNC Asheville men’s soccer team with Dan Jackson acting as the new co-captain.

“He has emerged into a fantastic leader,” said Matt Kern, head coach. “He looks at everything in terms of the group, and not just what’s good for him.”

According to Kern, Jackson made two saves in the first half of play against Clemson. He directed his teammates where to be and sent them words of encouragement when a good play was made. Kern said his standout showing was a stark contrast to his status as a redshirt freshman year.

“During his freshmen year, he wasn’t half of what he is today in terms of his physical fitness,” Kern said. “Now Jackson helps other players adjust to living the healthy lifestyle needed to compete at the collegiate level.”

According to Zak Davis, junior goalie, Jackson assists on and off the field.

“Dan is a tremendous leader,” Davis said.  “He is fearless in the goal, and his energy is infectious in a lot of ways – well actually, in every way.”

The 20-year-old business management student hails from Chapel Hill. Coming into his senior season, he will compete with Davis for the position of goalkeeper.

Davis said he acknowledges Jackson’s ability to lead by example.

“If Dan needs to be vocal, he definitely can be vocal, but I think a lot of the time, he is just a leader by example,” Davis said. “He is a good leader that people want to follow. I think he’s just a good person all around.”

Jackson said he holds high expectations for the upcoming season.

“We have a great freshman class coming in,” Jackson said. “Some guys who are going to add a lot to the team. They are very crafty on the ball. The guys that have been here a while want to go out with a bang.”

Jackson rose from redshirt freshman to senior captain. In his sophomore year Jackson made 87 saves in 15 games. The next year, Jackson blocked 103 shots in 18 games.

For fun, Jackson said he enjoys going out and seeing what Asheville has to offer, but only after completing his studies.

“I enjoy focusing on my studies and getting that stuff done and just having a good time with my friends,” Jackson said.

During the 2014 FIFA World Cup, Jackson said he enjoyed watching the games with his friends and teammates. He said he can 110 percent see an increase in soccer around America since the USA made such a good run in the World Cup.

“I don’t want to call them bandwagon fans, because we’ve been waiting for people to catch on. It’s the biggest sport in the world, and the way the USA played opened a lot of eyes. Soccer here in America is about to be big time,” Jackson said.

Being a goalie himself, one of Jackson’s favorite players is Tim Howard, goalkeeper for the U.S. national team. He said he admires Howard’s quickness, his aggressiveness and especially his leadership capabilities.

According to Jackson, some of his strengths would include his quickness and ability to move around the box to organize people, while making sure he is in the right spot as well. His main weakness would be staying focused and channeled in for the entire match.

He said his biggest fear is feeling like he is wasting time.

“I absolutely hate it when I’m just sitting around not doing much and nothing successful comes out of the day,” Jackson said.