UNC Asheville’s Information Technology Services works on updating the school’s technology and website and is looking for student feedback. A master calendar of all on-campus and some local events has been created at calendar.unca.edu, and there is a new campus news website at news.unca.edu.

ITS also plans to update OnePort.

“Most people hate OnePort, and it takes a million clicks to get anywhere,” said Luke Withrow, an ITS webmaster.

Withrow said ITS plans to find the most common tasks students and faculty do on OnePort and reduce the number of “clicks” to navigate the webpage. The new page will provide single quick links to pages like Moodle, calendar, book requests and others. Withrow also said they are open to website advancements like customization of the OnePort homepage, a more personalized calendar and possible a university mobile app for smart phones.

All website advancements are a work in progress, and ITS hopes to receive student feedback before going much further with the new website. Comments, questions and feedback may be directed to Luke Withrow at lwithrow@unca.edu.

Leigh Whittaker, SGA president, attended the final Student Fee Committee meeting last Thursday. The committee, with the exception of the athletic fee, approved most student fees. The proposed athletic fee increase was $45, but SGA and the committee voted to reduce it to $30. There will be further voting and approval on the student fee changes at a higher administrative level.

Harry Samuels, executive of sustainability, works with the school on shuttle routes, and with Asheville Transportation regarding bus routes on and off the UNCA campus.

SGA is discussing a reform of structure, which may include changes in the office hours system, a new committee for legislative tasks and external and internal aspects of committees. SGA plans to have the new system in place by spring semester, and they said they hope the changes will streamline processes.

“The intent of the changes is to reign SGA back into its most recent mission, which is more directed towards policy oversight, reform and suggestion,” said Josh Owens, SGA vice president.

Sen. Ben Judge attended the Faculty Senate meeting last Friday, where the Senate passed new curriculum changes unanimously. Changes include the removal of clusters and heath and wellness classes. The Faculty Senate will vote at their next meeting in December on whether or not changes will affect current students.

Sen. Charlie White helps Sen. Samuels with a smaller-scale Greenfest for the spring semester. White also looks into getting additional compost bins on campus and researches legal resources for students in Asheville for Know Your Rights Week. 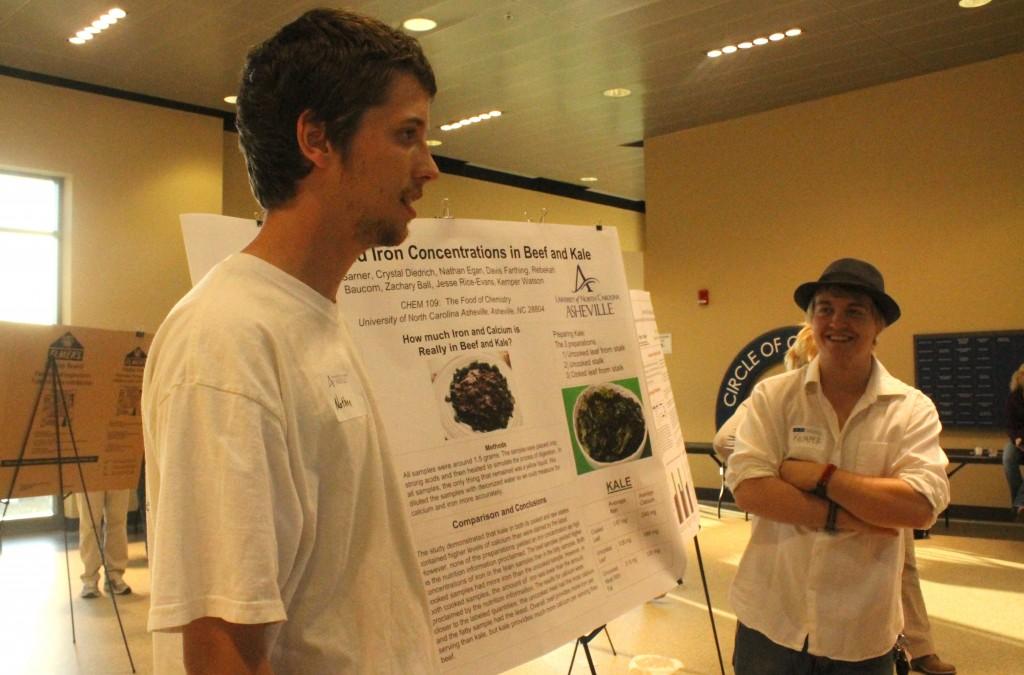