A recent case of stalking on the UNC Asheville campus shows college students the importance of caution when posting public information online.

The incident, which occurred in the beginning of September, is still under investigation, according to Eric Boyce, chief of police.

“With the prevalence of social media, students are going to need to be aware about what they are putting out there. There could be a perception that some online stalking is going on just by the things students post on their Facebook or other people’s Facebook,” Boyce said.

Boyce said physical stalking is very rare and electronic communication seems to be the main form of stalking on UNCA’s campus in recent years.

“I think students need to be really aware and understand that once they post that stuff on there, people are going to read it, or receive, or take inferences from only what they read and not know why the person wrote that,” Boyce said.

According to Boyce, a main problem lies with the actual content of electronic communication.

“It’s very important to consider what you are actually posting or texting, and to not send something really random or what people might consider bizarre, because students are really aware of that stuff going on, and they want to at least tell somebody when things start to look odd,” Boyce said.

Boyce said, to ensure safety, students should be aware of what they’re posting online and how they are communicating through electronic devices.

“I’ve been here for about seven years and we really have not had a whole lot of cases about stalking. It’s not something we routinely deal with, so generally, I don’t see it as a problem on campus,” Cutspec said.

Cutspec said abusive relationships after the couple separates cause most cases of stalking.

“We usually see stalking in the context of an abusive relationship gone bad. Usually the couple has been separated for a period of time, and during that time, one or the other partner starts to stalk the other in terms of text messaging or following them around campus, that kind of thing. I can only really think of one or two cases that I’ve heard of since I’ve been here,” Cutspec said.

With the new forms of social networks and communications, stalking is made easier for everyone, and students need to be careful of what information they release to the public, Cutspec said.

“Generally with stalking, it is one person who is obsessed with someone else, and it could really be for a variety of reasons. My experiences here, it is mostly around a relationship gone bad. I’m really not aware of anonymous stalking, I’ve never really seen on campus,” Cutspec said.

Cutspec said he has advice for students who feel they are being stalked: The most important thing is to tell somebody.

“Let someone know. I would contact the campus police, because even if you don’t want them to take action on it, they need to know about it. It’s also important that they know the individual involved,” Cutspec said.

One of the best ways to reduce stalking starts with reducing the means of information for stalkers to obtain, Cutspec said.

“It seems obvious, but it doesn’t always happen, is that students need to take steps to reduce it, meaning, block that number on your cell phone, or don’t let that person be your friend on Facebook anymore. What we find is a lot of times students aren’t willing to do that even though they don’t like the stalking,” Cutspec said.

Cutspec said he urges students to be safe, make sure somebody is aware if an incident happens, and do not put yourself in a situation with a person you feel uncomfortable being around.

“I hear about stalking kind of often on other campuses, but not really on ours,” Courtney Miller, a classics and philosophy student, said.

Miller said she hears about a lot of stalking cases going unreported.

“I feel like just because these things are hard to trace, they don’t get reported very often. So the number of stalkings is probably higher on our campus than we think it is. I’m really glad that it got reported,” Miller said.

Miller said stalking often refers to a physical act, and that stalking through email may not seem as noticed or threatening.

“I’m sure stalking happens quite a bit, and it’s probably really scary to see that in your email. Usually when you think of stalking you, you think of someone physically following you, so it may be seen as less legitimate threat through email because you can ignore an email, but you can’t always run away from someone who is following you,” Miller said.

Kirsten Frazelle, a junior English student, said Internet stalking does not surprise her, and she has heard of cases at other schools before.

“All evil comes from the Internet. I hadn’t heard of this case until now, I had only really just seen people acting weird sometimes. I didn’t realize it was an online case though, that is pretty interesting,” Frazelle said.

Frazelle, an on-campus resident, said she hasn’t heard talk of stalking on the UNCA campus, but has witnessed strange behavior from other students.

“It’s funny you mention stalking, I actually have a weird experience with that. There is someone who is pretty creepy toward my friend who lives in Mills, it’s pretty weird. But I really haven’t heard much about other stuff happening besides this guy just being a creep,” Frazelle said. 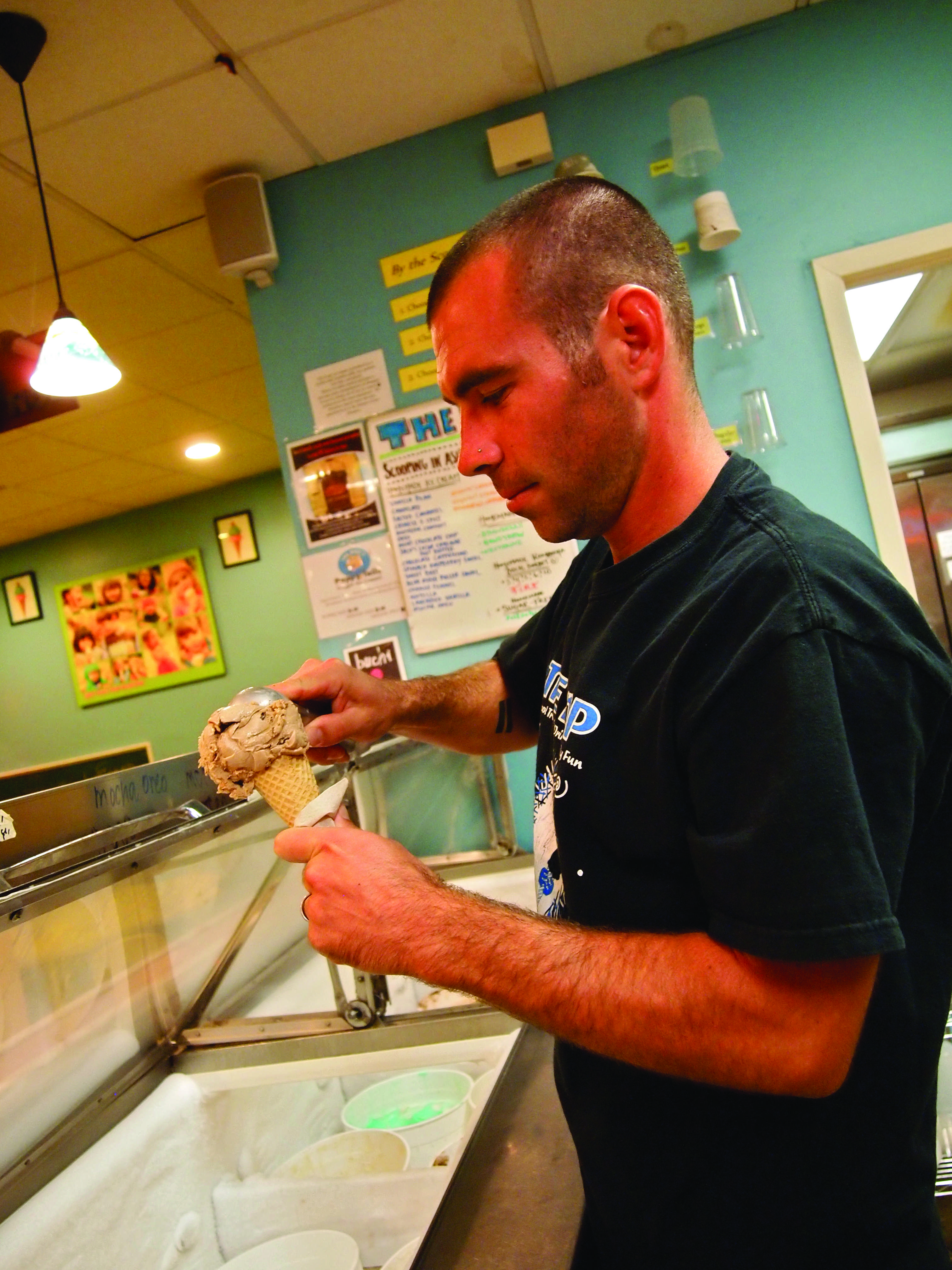