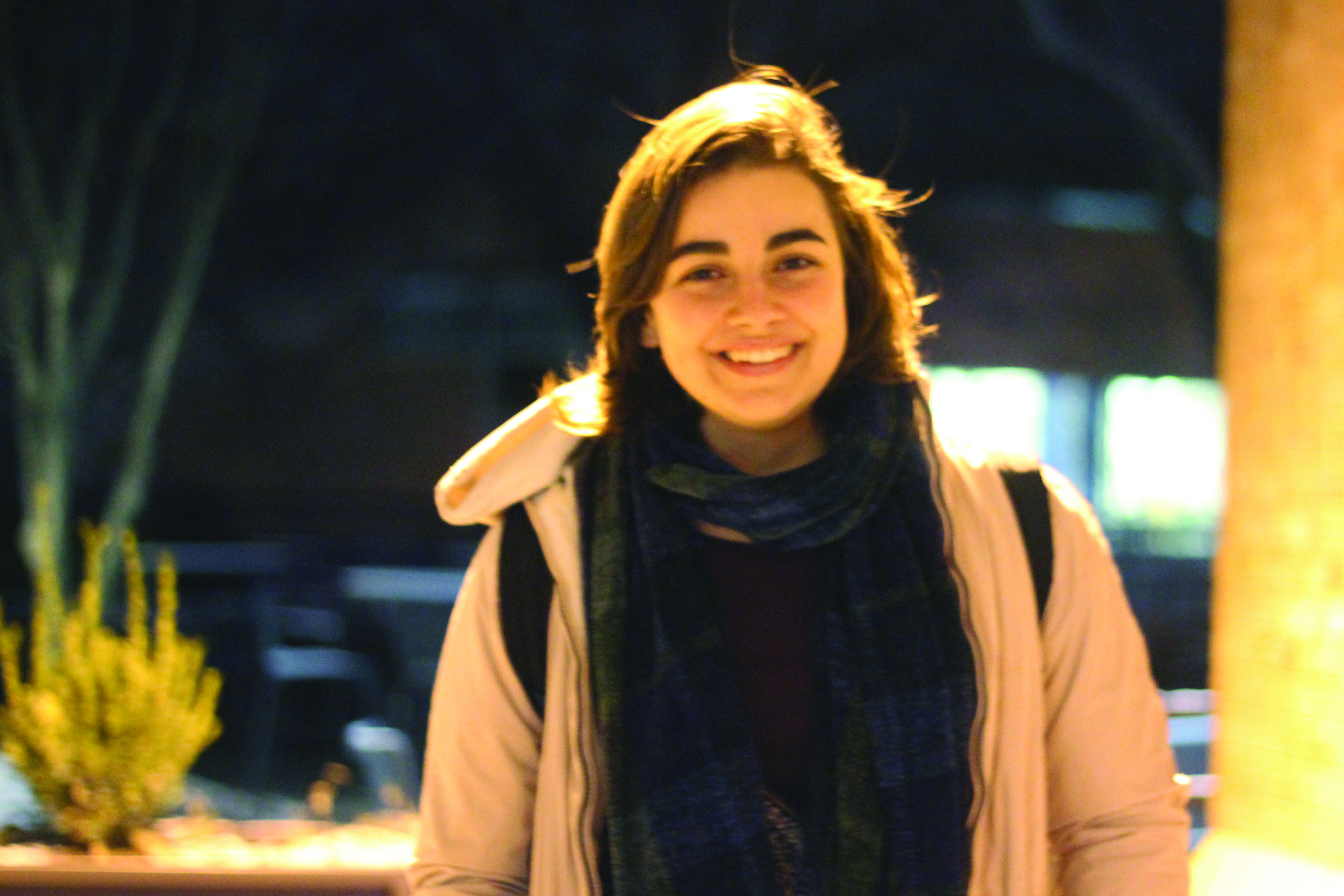 She was in a restroom with a composting toilet in the middle of a Costa Rican jungle when she laid eyes on a strange sight.

“They keep a stack of Vogue magazines in all the stalls as for an absolute satire for what Vogue represents,” the sophomore women and gender studies, environmental studies and health and wellness student said. “It takes you out of this capitalist system where you’re constantly being slammed with advertisements, and it just reminds you of the rest of the world and how obsolete it is.”

A Costa Rica native, Arias said she had been sanitized with American culture her whole life.

“I went to an American international school that had a huge amount of American influence in it, so I was constantly surrounded by American media, which has become imported,” Arias said.

For Arias, this created a strange dichotomy, an identity that belonged neither to the land of her birth nor to the country in which she had planned her entire life to live.  People everywhere experience this state of identity limbo, as she found out when she enrolled at UNC Asheville in the fall of 2013.

An outgoing, gregarious person who engages everyone she interacts with in an earnest manner, Arias soon found a close friend in Luna Rutkowski, a sophomore philosophy student originally from Baton Rouge, Louisiana.

“She was isolated from two cultures at once, because she couldn’t get to Costa Rica and she still didn’t feel like she belonged there,” Rutkowski said. “I didn’t feel like I belonged here either, so we sort of clung to each other.”

Hicks and Arias bonded over their newfound interest in veganism.

“That was how we basically became friends, talking to her about veganism,” Hicks said. “She showed me some documentaries that she knew that were really convincing and spent a lot of time telling me facts about it and how to deal with it basically and how to like it.”

After making the jump from being carnivores to being vegetarians to being vegans within a matter of months, Hicks and Lutkowski were propelled to become fellow activists by Arias’ newfound passion for the environment.

“She sees past externalities and she just does things,” Rutkowski said. “She has a sort of purpose.”

Arias said she moved to Asheville because she viewed it as a liberal, open-minded bastion of free-thinking. She was unaware of how strong the racial and class barriers were in the U.S.

“My cousins back home on my dad’s side of the family are Costa Rican, and they don’t speak English. If they do, it’s heavily accented,” Arias said. “They have brown skin, and if they moved here they would be treated so differently than I am.”

She said one of the most recent issues that reflect this attitude is how some people are responding to the recent influx of Latino immigrants across the border.

“The whole idea of people being illegal –- the concept, the term ‘illegals’ –- is just so frustrating to me,” Arias said. “When people say illegal immigrants, I tell them that they are not going to refer to people like that around me.”

Sexuality is also another issue Arias is earnest about discussing. Growing up in an extremely heteronormative, church-oriented culture in Central America kept her closed off from the ever-expanding LGBT lexicon spreading in the U.S.

“My identifying as queer is pretty recent,” Arias said. “Growing up in Costa Rica, the environment that I was in was not conducive to my even considering other forms of relationships.”

Due to her upbringing in a strict, conservative family, Rutkowski said discovering the wide spectrum of sexuality alongside Arias solidified their bond.

Arias and Rutkowski said the more they learned and discovered about lesbian, gay, bisexual and transgender issues, the more inspired they became.

“LGBT activism wasn’t even a big thing for her at first,” said Rutkowski, “but as I grew to know her, an interest in that community developed with her and it started to develop in me, too.”

Activism and awareness for lesbian, gay, bisexual and transgender issues sparked a passion in Arias, a thirst for knowledge and a need to actively effect change. This passion translated into other issues specific to the Asheville community, such as climate change.

“Climate change is very abstract, and for us living in Asheville, it’s not a reality,” Arias said.

She cites her specific realization about the realities of climate change back to one year when the rainy season, an event Costa Ricans look forward to with much excitement, failed to arrive.

“In my senior year of high school, the rainy season didn’t start until two months after it was supposed to,” Arias said. “It was my own version of seasonal affective disorder because I was watching everything wither past the point where I had never seen it.”

Arias said this is why she helped found the UNCA Divestment Coalition, a movement that encourages universities and other institutions to stop using fossil fuels.

Ashleigh Hillen, a junior environmental health and policy student, is working on building the coalition with Arias.

“I think it was the decision that was a lot of talk in communities like ours, about things that should be done or what we want to do or what we could do, et cetera,” Hillen said. “But nobody ever does anything.”

Arias’ fervent determination to defeat apathy and to speak out strongly for any issue she is impassioned about inspires students like Rutkowski and Hillen.

“She’s loyal and faithful, and if you ask her to do something, she does it.” said Rutkowski. “I’m excited to see what bigger things she does in the world, not just in our friend group.”