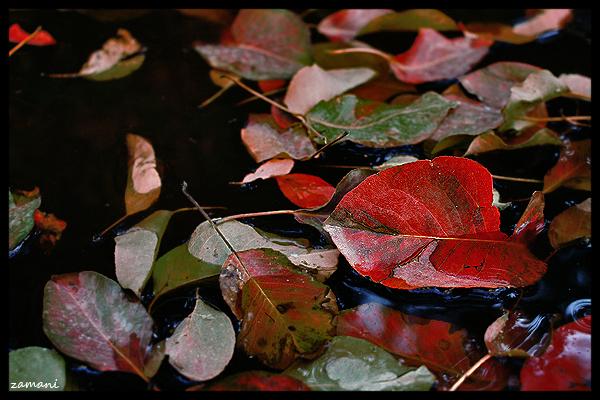 As the seasons change in Western North Carolina, the Blue Ridge Mountains take on an array of colors, but along with nature’s beauty comes shorter days and less sunlight, a direct cause of the mood disorder known as seasonal affective disorder.

Shea Thurlby, a server at Cracker Barrell Old Country Store,  grew up in Tampa, Florida, where she often remained energetic and in a content mood. She then moved to Hendersonville where the weather is colder and it has been difficult for her to get used to the weather change.

“I noticed I had SAD last year,” 23-year-old Thurlby said. “I felt super sad, emotional and I would cry a lot. Sometimes I would cry and not even know why. I just wanted to sleep and not talk to anyone”

Circadian rhythms are body rhythms that impact people’s mood and sleep, Cutspec said.  Throughout the course of the day, the body goes through energy level changes.

“We can be alert and on task, and as the day goes we get tired and less focused. It is the flaw of our body’s energy,” 54-year-old Cutspec said.

When seasons change and light changes, the rhythms in the body alter and it creates a certain level of fatigue for most people, he said.

Generally, seasonal affective disorder is typically a lower level of depression. People are affected by the sunlight they are exposed to throughout the day.

“We don’t understand the science behind it. But somehow, the less exposure to light is impacting the biochemistry of the brain, which is causing the depression,” Cutspec said.

He said SAD remains biological and is not necessarily caused by external stressors. The brain and body react to the ratio of darkness to light.

He said with light therapy, individuals can sit and work under the SAD light for about 30 minutes. It is best to do this treatment in the morning for better results.

“Generally that is effective 75 percent of the time. The sunlight that our eyes are exposed to has impact on the brain chemistry. So when it gets darker, our eyes aren’t getting much light and that oppresses our brain chemistry. The SAD light stimulates that,” Cutspec said.

Cutspec said talk therapy helps as individuals talk about their personal situations and helps them to find strategies to overcome the SAD, such as exercise.

Cutspec said medication can be prescribed such as Melatonin.

“Melatonin is something we naturally produce in our bodies that helps our body deal with circadian rhythms. We usually prescribe that for sleep but it helps students feel well when they wake up,” he said.

He said many people and students experience SAD and are not aware of it, and others talk little about it.

SAD affects the motivation and ability for individuals to get work and schoolwork done. He said some people tend to let their stress out by relying on alcohol and drugs such as marijuana.

“I am not used to the weather here because it gets so cold. Sometimes the temperature drops below 0 degrees,” she said.

Thurlby said she is on antidepressants, but due to the current seasonal change, she feels more depressed lately.

She said she would regularly attend therapy for depression and told her therapist about the way she felt during season change.

“That’s when my doctor told me SAD was a real thing. The sun produces serotonin in the brain, and the lack of it alters a depressed mood,” Thurlby said.

Melinda Jones, an insurance worker for Mike Ellis Home and Auto Insurance, said she was diagnosed with SAD by her therapist.

During the warm weather, Jones said she remains active and likes to perform outdoor activities such as hiking. She is filled with energy, motivation and demonstrates a good mood. But when winter comes she said she feels indolent, stays home most of the time and gains weight.

“It’s the same cycle every year because as soon as is starts getting really cold after the holidays, I start feeling depressed until spring hits,” Jones said. “I feel hypersensitive and sometimes cry over nothing.”

Jones said she was raised in Florida and has resided in Western North Carolina for over 20 years. Ever since she has moved away from her hometown she has felt the effects of SAD every year.

“I have learned how to improve my SAD and that is going to Florida at least once during the winter,” Jones said. “Knowing that my trip is coming up keeps me motivated, too.”

Jones said she found more ways to help her SAD and maintain her mood level. She bought an indoor palm tree for her home and takes prescribed mood stabilizers.