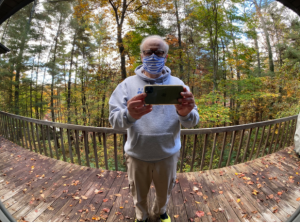 Students throughout the UNC system voice concerns regarding how much certain professors are making. Faculty weigh in on why some professors make more than others.

Sharpe’s main concern is that if every student at UNCA is required to take two semesters of a language, the professors who are teaching them should be prioritized.

“If the school puts money towards what they think is most important, why don’t the language professors make more? I think that says a lot about the school,” Sharpe said.

A lot of this has to do with seniority, according to Dr. Michael Ruiz, a professor of physics at UNCA.

“I started teaching at UNCA in 1978, I am the most senior faculty member currently at the school,” Ruiz said.

Not only is Dr. Ruiz the most senior faculty member at UNCA, he is also one of the highest paid professors at the university, according to UNC staff reports. He makes over $113,000 per year.

Students say the faculty wage gaps amongst the UNC system does not always make sense, and people should pay closer attention to it.

“I was definitely caught off guard when I saw that the chair of sociology at Chapel Hill makes almost twice as much as UNC Charlotte’s,” said Graham Booth, a 2020 UNC-CH graduate.

According to Booth, seniority is not the only thing taken into account when determining professors’ salaries.

“The physics chair at UNC Charlotte makes a quarter of a million dollars every year, but that makes sense because they have a much stronger engineering presence than Chapel Hill does,” Booth said.

According to university officials, there are 3,489 engineering students enrolled at UNCC this semester, making up nearly 15% of the school’s undergraduate population of 24,387.

Chapel Hill’s engineering students, on the other hand, do not even make up 5% of their total population, according to university officials.

UNCC students say the gender of a professor could also be a factor in the wage gap amongst UNC schools.

“I know our chancellor is a man who makes almost half a million every year, so I’d be interested to know how much female chancellors make at UNC schools,” said Sam Denham, a sophomore management student at UNCC.

According to Dr. Ruiz, the wage gap amongst UNC system schools does not take away from the many benefits that come with teaching at UNCA.

Dr. Ruiz says although he thinks they are worth more than they make, there are many benefits to teaching at a school like UNCA. This is why he has stayed put for over 40 years.

“The administration made me chair of physics when I was only 28 years old,” Ruiz said. “They went out on a limb by trusting a younger professor and let me serve in that position for 20 years.”

Ruiz says that he grew with UNCA, allowing him to help build what he considers to be the most ideal college.

“After all these decades, the thought of leaving this university has never even crossed my mind,” Ruiz said.

Students say there are an equal amount of benefits and drawbacks from having a professor as experienced as Dr. Ruiz.

“Seasoned professors stand out for their refined content delivery,” Booth said. “Their lectures often deliver information in a clearer and more understandable way.”

UNCA students say seasoned professors are more familiar with how the university functions, which allows them to easily answer questions specific to UNCA.

“They’ve been here longer, so they understand the unique approach that our school likes to take,” Sharpe said.

The main drawback of an older and more experienced professor, according to Booth, is the challenge of establishing rapport.

“From my experience, they focus less on the way we approach assignments, and more on making sure we understand the concepts,” Sharpe said.

According to Dr. Ruiz, it is important to consider that newer professors have had the most recent training and knowledge.

“They’re also more attractive to the younger generation,” Ruiz said. “There was a time when I first started at UNCA when a student said I looked like a movie star.”

UNCA students say although the size of each university should be a factor when determining a professor’s salary, it still seems unfair to those who teach at a smaller school like UNCA.

“Other UNC schools have more students attending, so it makes sense why those professors get paid more,” Sharpe said. “It still doesn’t sit right with me. It just seems unfair.”