Having one’s name and gender affirmed on IDs such as birth certificates, passports and driver’s licenses can be a crucial step in legal and social gender affirmation, according to Olivia Shumate, an outpatient therapist at Appalachian Counseling and Psychological Services.

“Stigma can be passive or active,  but each leaves a mark on the identity.  Communities that experience stigma  are always at a higher risk for mental  health disorders,” Shumate said. “It  is amazing how much it can mean to  someone to use the correct name and  pronoun, to not question their expression and identity but to simply accept  them as they see themselves.”

In a recent cross-sectional observational study published in “The Lancet  Public Health Journal”, data shows a  lower prevalence of serious psycho logical distress, suicidal ideation and  suicide planning among transgender  people who have gender-affirming  identity documents when compared to  those with none.

“In my professional experience, I  have witnessed trans-identified clients  repress or hide their gender identity  which led to substance abuse, depression, anxiety and sadly, sometimes suicide. As an analytical psychotherapist,  I have seen mental health issues form  as a result of repressed or suppressed  parts of the self,” said Kara Catrelle, an  analytical psychotherapist specializing  in sexuality and gender-related issues  based in Asheville.

The study aims to prove how gender affirmation, defined as an interpersonal and social process of actualizing  one’s gender identity, might improve  mental health among transgender to be our authentic, whole self which  includes acceptance and support for all  expressions of gender and sexuality,”  Catrelle said.

However, the procedure to change  an ID’s gender marker can vary from  difficult to impossible due to policies  connected with the ID change pro cess. According to the study, most  U.S. states require a court-ordered  name change to change a name on any  government-issued ID. Some states  require medical letters or affidavits to  validate reclassification requests, and  they can even require surgeries regard less of individual needs or conditions.

“Any thoughtful policy maker  would look at the facts and statistics  of who is vulnerable to violence and create policy to protect them,” said  Miriah Feehery, a licensed professional  counselor based in Asheville.

Being told explicitly or implicitly  that identifying as transgender means  they do not belong, are unworthy, need  to change who they are to be accepted,  are unsafe or inferior can negatively  impact transgender individuals, according to Feehery.

“Depression, anxiety, learning  difficulties, addiction and physical  illness are some of the many ways that  transgender folks can suffer from the  impacts of a society that doesn’t fully  accept them,” Feehery said. “Systemic  oppression can be equated to living in  a war zone. Sometimes the fear might  break through the numbness and come  out as anger, panic attacks, despair,  depression or even mobilization to get  out of the situation or change it.”

Researchers hypothesized how hav ing an ID that reflects one’s preferred  name and gender marker could be  associated with reduced psychological  distress and suicide risk, including  ideation, planning and attempts. The  study observes how among trans  youth, reduced depression, suicidal  ideation and suicidal behavior associate with chosen name use.

“Many young people already know  their gender identity. They are seek ing for cues of safety, validation and  acceptance, though, before expressing  it outwardly. When they receive only  positive reinforcement for their gender  assigned at birth, and possible scrutiny, correction and/or shaming for  expressing themselves outside of that  box, their true gender feelings could  get repressed into the unconscious  psyche,” Feehery said. “It’s also important to name that gender identity  can change over the lifespan, just like  sexuality can change.”

“On a large scale, trans people must  learn to live with and navigate the fear  of societal exclusion that challenges  their everyday lives. We learn to quickly assess people, environments and  situations so we can attempt to protect  ourselves. Living under this real and  perceived threat eventually takes a toll,  which is reflected in our mental health  outcomes,” said Michael Hoben, board  of directors member at Blue Ridge retention coordinator for WNC Community Health Services.

Among those whose IDs did not  reflect the gender they identify with,  a third experienced refusal of services  harassment, violence or all three.  Identity documents are often  required to obtain important resources  such as health care, housing, education  and employment, according to the  study.

“Like most marginalized populations, transgender people are subject  to a range of overt and subvert forms  of discrimination and inequalities that  drive inequities that continue to op press gender non-conforming individuals – from education to healthcare to  employment,” Hoben said.

The study acknowledges how identifying documents are also required  for immigration, travel, citizenship  verification, security clearances, social  service applications and other major  structural access points, as well as in  daily activities such as socializing,  purchasing items and engaging in  recreational activities.

“I once went to Europe and  planned on meeting a trans friend  when I got there for a few days of  sightseeing together. As we were making plans to meet up, I became more  and more aware of the fact that he was  worried about international travel.  Apparently, there are certain countries  that one must avoid if you are trans,  as the customs and airline employees  have a reputation for antagonizing and  detaining folks in the trans community,” said, Iva Veazey a certified sexologist based in Asheville. “Of course, now, we are all subject ed to having our entire body scanned  before boarding a plane. When a trans  person doesn’t have the genitalia that  an airline employee might expect to  see on an average cis person scan, they  tend to make the trans persons check  points very challenging and often  frightening.”

According to the report, psycho logical distress was measured with  the Kessler 6 scale, which includes  six items that assess the frequency of  symptoms of non-specific psychological distress in the past 30 days. An  analytic sample containing 22,286  participants living full-time or part time in a gender different from what  they were assigned at birth was used  for the study. Lower unadjusted levels  of psychological distress on the Kessler  6 scale were reported by trans adults  with all or some gender-affirming IDs,  when compared to those with non-affirming IDs.

“When we do not feel accepted by  our community it has a severe impact  on how we interact with this community. People may start to feel fear  about going out because others may  not accept them, may avoid certain areas where they have fewer allies or feel  hatred toward themselves by internalizing,” Shumate said.

The study finds most trans people  living in their felt gender did not have fully gender-affirming IDs, with only  10.7 percent indicating that all of their  IDs reflected both their preferred  name and gender marker. According  to the report, reasons for not changing  their gender marker includes a lack of  suitable gender options beyond male  or female, cost and supposed ineligibility.

The study’s results further emphasize how legal gender affirmation  proves to be a structural determinant  of health for trans people, who already  face inequities in health and access to  health care. Based on a clear societal  importance, identifying documents  can be considered a fundamental element of health for transgender people.  “The LGBTQ+ community is already at a higher risk for suicide and  violence against them, which is mostly  due to the stigma of others against  them. They need safe places, like therapy, advocate centers and to be able  to access medical care. This is what  builds people’s resilience. Knowing  that they are not alone and have places  where they can safely be themselves,”  Shumate said. 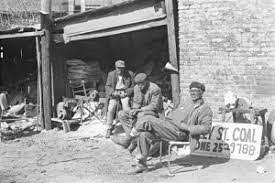