Timothy Stone, a 21-year-old dungeon master, a person who organizes and runs Dungeons and Dragons games, prepares to roll the dice for his friends on the weekends.

An avid dungeon master, Stone started out as a player before he began his college days. He said as someone who was interested in video games, it was easy for others to draw him into the imaginary board game.

“D&D is the kind of game that you get invited to. I was obviously intrigued by the idea of tabletop RPGs due to playing video games. I was invited to play in college. I went to two sessions or something with people who are far more sophisticated with the game than I am. I had a really good time, but I wasn’t in college for a very long time to continue,” Stone said.

“It’s voiced by Matt Mercer, who is a really cool voice actor. He does a really good show on it. I watched games, I played games and now I’ve started to direct games. I hope to start this weekend with a group of people,” Stone said.

Even with the complications of the pandemic, Stone said Dungeons and Dragons is made to be played in person. Due to knowing his friends and getting together with only a small group of them, he can trust them to be safe with social distancing protocols.

“I know these people; they are my friends. And the other reason I’m really comfortable is because these are the people I spend the most time with in my own house. It’s not like a group of strangers from the local game store who get together to play a session. It’s people I have known for a long while,” the dungeon master said.

He said playing in-person is profoundly better to playing on Zoom, but he recognized it was an absolute priority to play online during the first stages of the pandemic.

“So I was isolating along with everyone else at the beginning of COVID. There was a group of other people and I wasn’t going to, you know, risk myself and put myself in their environment. So we set up a Zoom call and I think there were two other people who were doing it online. There were three people who were doing it in-person. It was difficult with the internet and schedule times. The communication was certainly a difficult aspect with different voice chats everywhere and needing to manage them,” Stone said.

Stone said he disagrees that it’s easier to find games online compared to in-person, but he could see it as a valid reason for people who do play them.

“The format in which D&D is playable is difficult. It’s not user-friendly. You have to do a lot of research and the skill curve of joining a game is difficult. I believe the best experience you can gain is from in-person. With online, you practically are playing with strangers, and again, there is that difficulty of various audio chats being open that makes it hard to coordinate and direct a game together,” he said.

UNC Asheville student Justin Greenbaum, a 23-year-old business management major, said Stone will be his second dungeon master. He compared the experience to playing with a friend to a stranger is much better than his first try at playing D&D.

He said there were a lot of funny stories he gained from his first game.

“It was like teaching a child how to read, but expecting that child should be able to read already. It should come as expected you’d know how to do that already.  I also played with people who just didn’t understand the game. There was this one person who kept asking inane questions. It was hard to explain, but it was like he never played a video game before. He asked if he could sit on a rock. We asked why. He said he just wanted to sit on the rock, ” he laughed.

As baffling of an experience as it was, Greenbaum decided against returning to that group. He received other game offers but turned them down. It wasn’t until Stone invited him to his emerging game that he accepted to join another group.

“My friend said we should play a D&D game. I said it was a terrible idea because I knew the people he would bring. I told him that’d bring about the same issues I had in my first game. So we found new people to play with and that was good enough with me,” Greenbaum said.

Olivier Clarke, a 21-year-old game master, solely runs games online, even prior to the pandemic. He said his first steps into dungeon mastering came from nobody else stepping up to the role.

“My dungeon mastering story is fairly mundane. People I knew when I was a kid didn’t want to be dungeon master, so I stepped up to the plate. I always liked telling stories and the intersection of writing and acting that dungeon mastering entails wasn’t daunting to me. It just kept going from there. It had developed its own momentum,” he said.

He practices what is known as play by post roleplay, which is texting posts of roleplay as opposed to in-person vocal roleplay.

“Online text-based roleplay is a mediated experience. A convenient one to be sure, with much additional detail packed into it and easy to revisit as a record. And yet it is lifeless and stilted when compared to the best sort of in-person roleplaying, which shares the same wondrous immediate presence found in sports matches, theatre and the work of good storytellers. The GM, ideally, is a glorified sort of traffic director, responsible for facilitating, elevating and only occasionally retouching a collaborative story told by the players,” Clarke said. 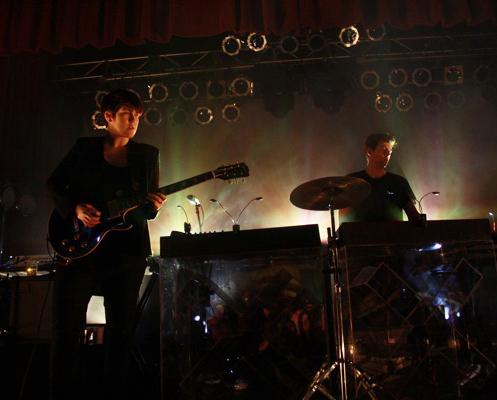