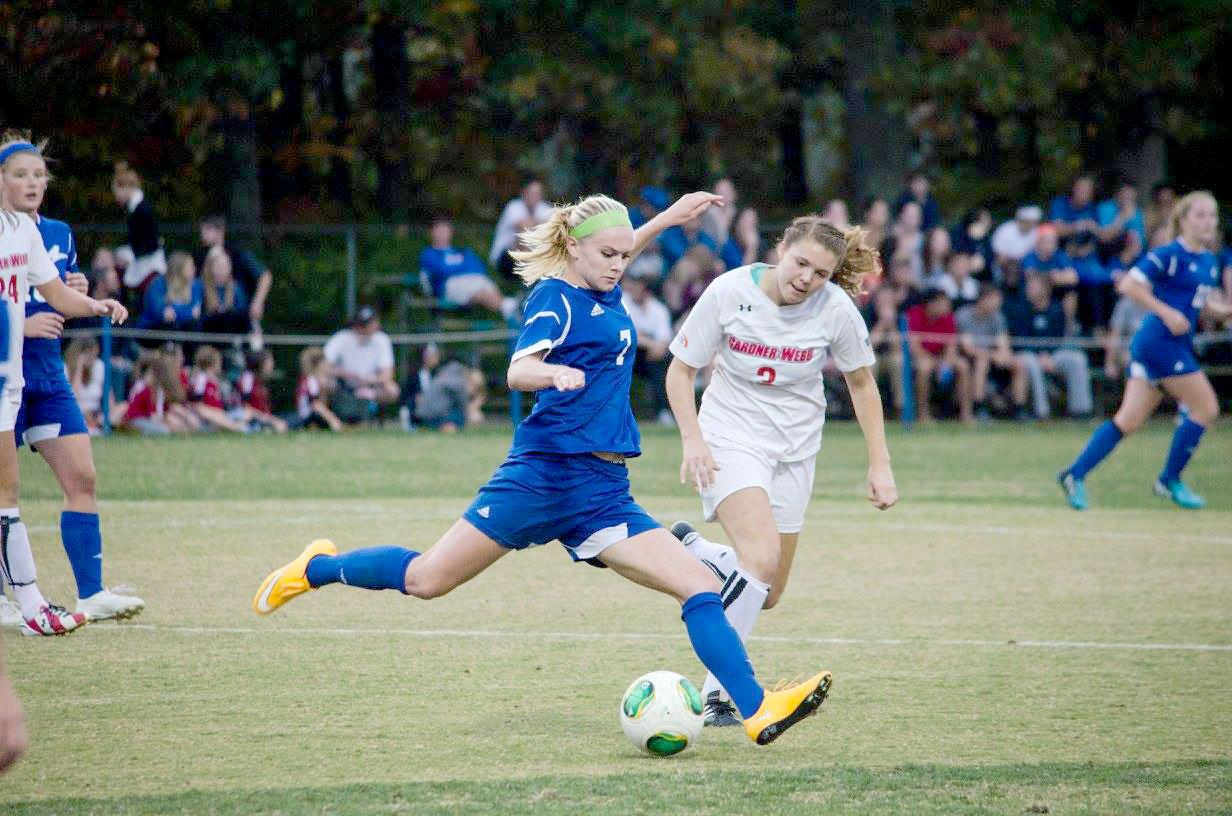 With their conference tournament hopes on the line, the UNC Asheville women’s soccer team picked up the win with less than two minutes left in overtime against Gardner-Webb.

“It’s not just a win for us. We talked about how getting into the tournament, for the freshmen, means this is the expectation. For the seniors, it means they have worked extremely hard. We went to the tournament in the seniors’ first year, and they really wanted to get back there, so it’s really a testament for what they have done over the last four years,” said Michelle Demko, head coach of the UNCA women’s soccer team.

“It’s the first time this program has had a winning record since 2006. It’s taken a little bit of time to turn the ship, but it means this team is leaving a legacy and this program is climbing its way back to where it needs to be,” she said.

UNCA held a 9-8 advantage in shots attempted during the first half of play. Both teams had chances to score, but neither could take the advantage.

Early in the second half, midfielder Amanda Dailor hit a free kick from the left side which the goalkeeper let slip through her fingers into the goal to put the Bulldogs up 1-0.

“It is stellar to score a goal in my last home game. I really didn’t expect it and it went in and I was stoked. I’m so happy and excited. I’m so proud of us right now,” Dailor said. “It feels so good to get into the tournament. We haven’t done it since my freshman year. It was definitely one of our goals this year. We were going to get in. It wasn’t a question.”

The Bulldogs weren’t finished fighting. In the 78th minute of play, they tied it up on a shot from 10 yards out.

The Bulldogs and Gardner-Webb battled for two overtime periods. During the final two minutes of play, forward Kennedy Garrett found the back of the net on a pass from Caroline Houser.

“It was amazing to score that goal. I still can’t believe it happened. It’s my second overtime goal, and I am in just sheer excitement,” Garret said. “When it came through and the girl’s back was faced toward the goal, I knew I was just going to run straight through it and I got it.”