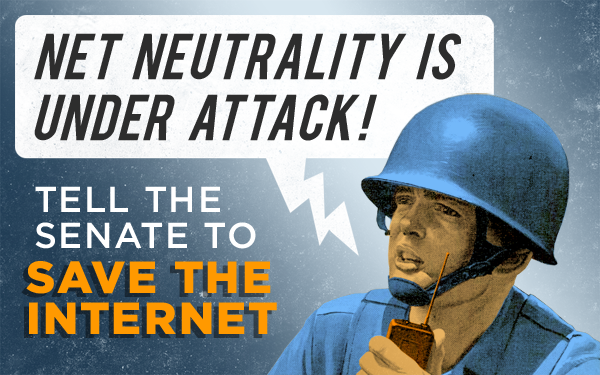 Net neutrality gets taken for granted, despite being a commodity central to communications in our generation.

However, the challenges against net neutrality come more and more frequently as time goes on — receiving hardly enough coverage. Most individuals have heard the phrase before but do not know what it means, or do not care enough to know. Others regard it as a millennial problem not worth fighting for.

According to the official White House website, net neutrality is the equal treatment of internet traffic by internet providers. What this means is internet providers allow access to all content rather than favoring certain websites or blocking others. The Open Internet Order, an order by the Federal Communications Committee, makes prohibiting the access of certain content over others by internet providers illegal.

AT&T’s recent purchase of Time Warner Cable is a good example of a potential threat to net neutrality. The merger comes with a conflict of interest for the company by not being in the company’s best interest to preserve net neutrality. Since they now own Time Warner Cable, it would make sense to prioritize access to content from HBO over content from other companies.

Back in February, Senators Ted Cruz and Marco Rubio along with several others proposed a legislation in order to overturn the Open Internet Order. The legislation would also prevent the FCC from making similar orders as well. According to Rubio on his official website, “Through burdensome regulations and tight control like the net neutrality rule, the government only hinders accessibility and the diversity of content.” However, the bill would have the opposite effect from what he claims.

Upholding net neutrality is important. The internet became one of the biggest and most necessary means of communication and information over the past several years. It provides quick and easy access to news and data faster than ever before. As of right now, the internet is the height of communications..

Infringing on net neutrality and filtering out certain websites in favor of others would be censorship. Something as valuable as the internet should never be censored, especially with all the information it contains. As long as someone pays for internet access, deciding which websites are more important than others is not for the service provider to decide.

As much as people like to gripe about how reliant we have become on the internet, that does not make it any less essential to us as a society. It makes sense for our means of communications to grow as our society grows. And as communication technology evolves, combating censorship remains integral to the free expression of ideas and information.

The All-American town of Brevard, NC has a seedy underbelly