The International Genetically Engineered Machine Competition, held in Boston, Massachusetts, brings together undergraduate students from more than 40 countries worldwide to create genetically-engineered systems in the areas of health, environment and alternative energy, according to the competition’s website. Teams of students work to produce projects which contribute to local and global communities while building a network of research for others to use.

Nick White, president and co-founder of the Synthetic Biology Club at UNCA, said while some friends were skeptical at the thought of entering the newly-formed club into a world-renowned competition, he soon garnered the support of faculty and his fellow students.

“I texted friends of mine after we finished organic chemistry together and said, ‘I want to do this’ and they said, ‘That’s cool, but it sounds a little crazy,’” White said. “I told them I was serious and that’s when everyone was like, ‘Go for it.’ That was the moment that I thought, ‘I don’t know what’s going to happen but I’m excited to see what’s going to come out of all of this.’”

“We’re a smaller school compared to everyone else who competes. We’re going to be the first team from Western North Carolina, so that’s pretty cool,” Jackson said. “It gets us out there. It kind of feels like UNCA is shifting from being a pure liberal arts college to being more of an integrated STEM and liberal arts kind of thing.”

Jackson said the team has slowly grown to more than a dozen active members, with majors ranging from chemistry and biology to literature and psychology.

“You can’t really do this as one major, especially on this campus because no one has that type of background,” Jackson said.

Synthetic biology is a form of genetic engineering in which biological parts are used to create new biological systems, Jackson said. The benefits of synthetic biology arise from creating a network of systems which are used in a variety of applications, from medical diagnosis to environmental protection. Synthetic systems can continue to then be shared with others within the scientific community.

“In synthetic biology, you’re creating genes and enzymes but you’re kind of standardizing them so other people can use them,” Jackson said. “They’re actually called ‘bio-bricks’ because they’re kind of like Legos. You can just snap them together.”

As the competition continues, student scientists pull from each other’s research, resulting in more complex projects.

“It’s kind of interesting because like for our project, we’re using stuff from Germany and Australia. The research that they did is what we’re primarily using for our research. It’s cool because it’s very collaborative,” Jackson said. “It’s kind of interesting because everyone’s a huge nerd. It’s cool to know that there are other people out there who are interested in the same things you are.”

White said his team’s project centers around discovering new methods of cleaning up toxic chemicals, such as those found at a 20-year-old electroplating facility in South Asheville.

“What you do when you electroplate materials, which is like circuit boards and things like that, is that you have to clean the metal very, very well before you plate on whatever is going to go on top. One of the solvents that they use to clean metal is trichloroethylene, which is similar to refrigerator coolants,” White said.

According to Environmental Protection Agency standards, the safe limit for TCE in drinking water is five parts per billion. White said testing underneath the site and in nearby streams revealed enormous concentrations of the chemical.

Residents were switched to city water after the contamination was discovered, White said. While some measures were taken to clean up the site, disputes about accountability and cost continue to hold the process back.

White said he believes his team’s plan, which involves genetically altering a bacteria, may be able to reduce the amount of TCE in the groundwater.

“There are a lot of bacteria that are super tolerant to radiation or to certain toxins and you can use those to naturally clean up spills. What I want to do is figure out a way to introduce new DNA into something really simple, like E. coli and see if we can get it to do what we want it to do,” White said. “I knew this was going to be the project we would go forward with because it is relevant to our community. It’s in our backyard.”.

Jackson said the bacteria may have the potential to impact other waste sites around the country. Another incentive is the price.

“One of the cool things about this is that if you get this done, it’s very, very cheap to reproduce,” Jackson said.

In true scientific manner, both White and Jackson said they will remain skeptical of their theory until further testing has been completed.

“It takes a lot of manpower and money to clean up an environmental spill, so I’m not going to pretend that our team is going to clean all of this TCE but we can at least do some scientific testing,” White said.

Assistant Chemistry Professor Ryan Steed, who will act as a guide for the project, said he expects the team to do well at the competition and  is proud the students chose something which can leave a positive impact on the local community.

“It’s easy to enter a competition for anything, but I think they actually have a valid project that would be exciting even if they weren’t entering the competition,” Steed said. “It’s not just about the competition. The project that they came up with to be involved in this is I think is a really good thing to do.”

The next step for the students to enter the competition involves fundraising to cover the costs of registration and other fees. The team is raising money through Give Campus, a fundraising site for school projects which operates similar to Kickstarter.

“It’s a little scary because we’ve been working on this project for a while and there are no guarantees,” White said. “We’re about half way.”

The team hopes to meet their $5,000 goal by the end of the month and begin the long process of research over the summer, Jackson said.

Steed said he and the students are preparing for a busy year ahead.

“There’s a lot of stuff to get done, a lot of milestones to meet scientifically,” Steed said. “There will be no time for slacking, but I really think they can pull it off because they have the initiative.” 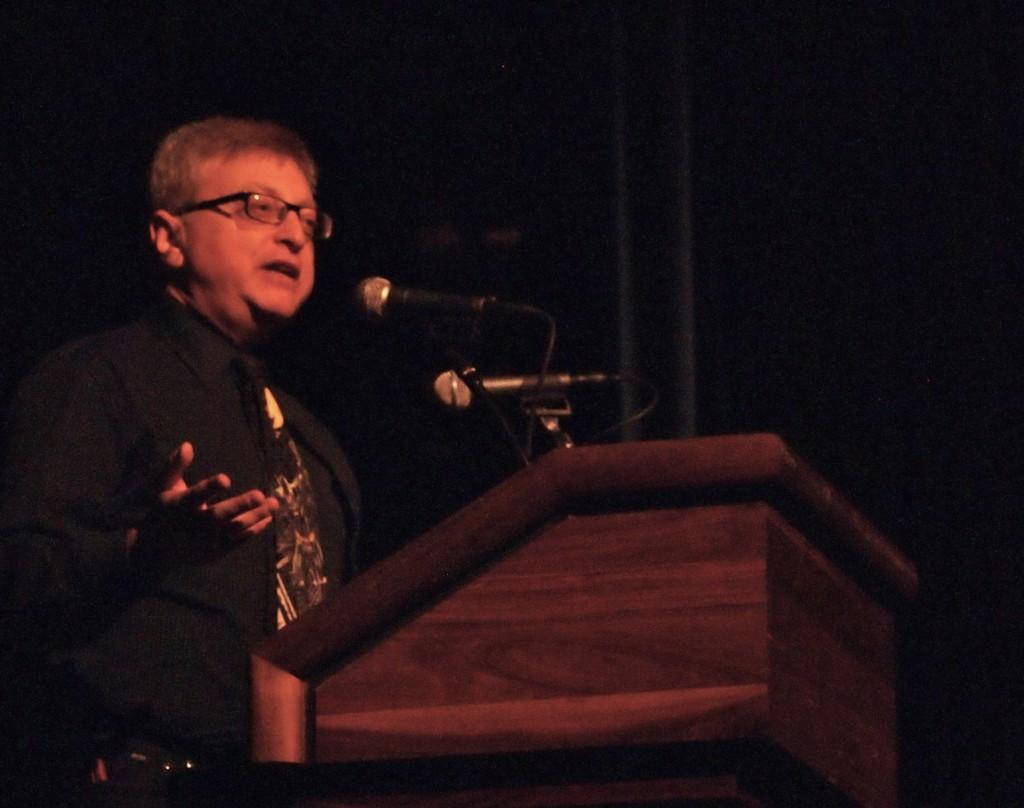