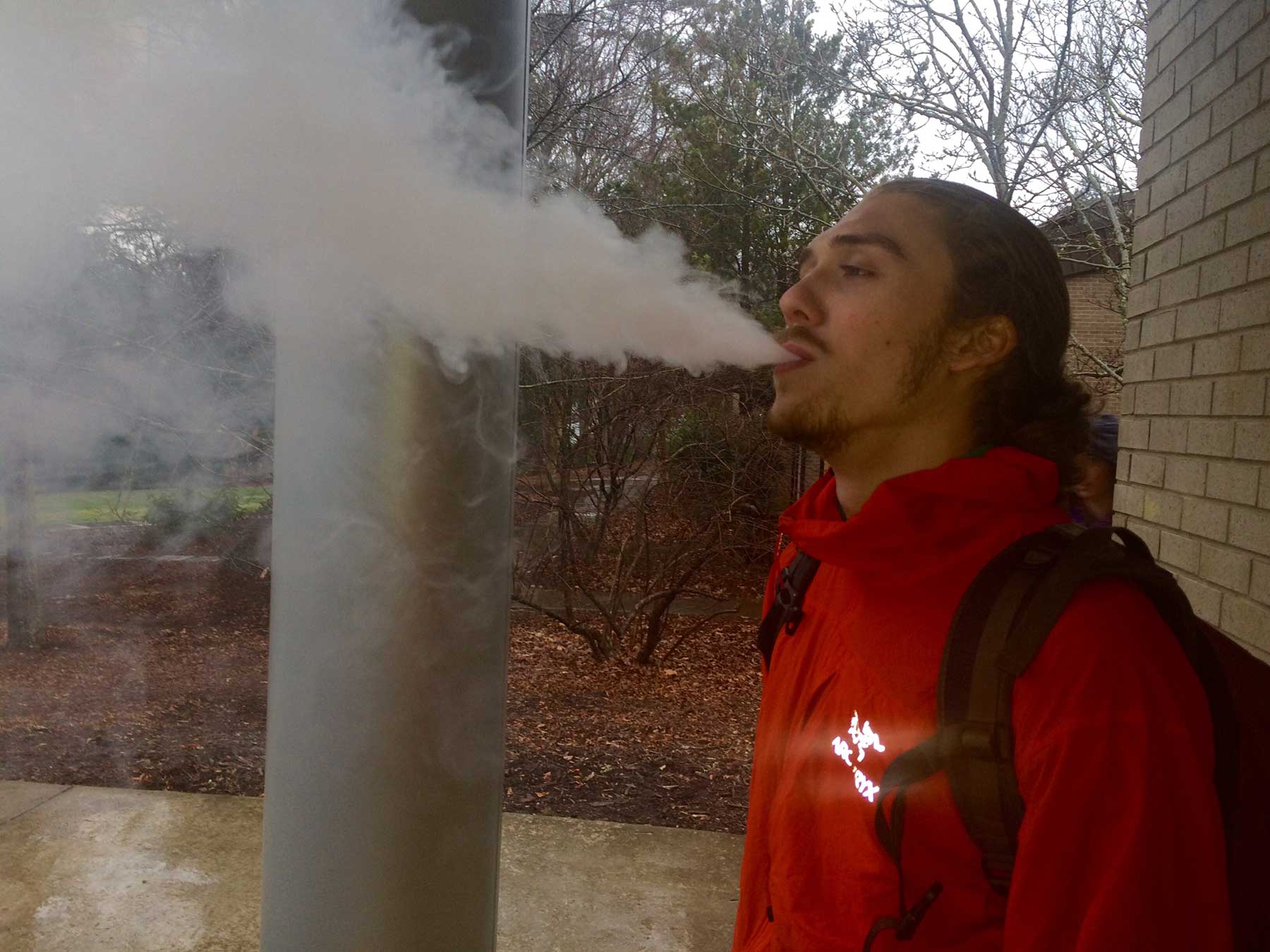 As alternatives to traditional cigarettes gain traction in the U.S., the end of burning tobacco could be fast approaching.

Chris Mriscin, owner of Vapor World, said vaping has been on the rise since arriving in the U.S. in 2007.

Mriscin said vape pens use only three or four ingredients, as opposed to the many chemicals in cigarettes. The local business owner said long-term studies are not yet available to show how vaping can affect a user’s health over time, but he said he is optimistic about the eventual results.

According to the New England Journal of Medicine, high-intensity vaping produces formaldehyde, a material linked to cancer; however, the study faced criticism from figures like Clive Bates, former head of the Action on Smoking and Health charity, and Gregory Conley, head of the American Vaping Association.

According to Bates and Conley, the study tested the vaporizers at a higher-than-average voltage, overheating the liquid and producing what is called the dry puff phenomenon. While the vaporizers did produce formaldehyde when used as such, Bates and Conley believe no actual vape user would operate it at this temperature, as the vapor produced this way tastes bitter.

The U.S. Food and Drug Administration has not yet regulated e-cigarettes or vape pens. It does have a section on its website listing adverse effects related to e-cigarettes, but states that the effects were reported by citizens and could have been caused by other, unmentioned medical conditions.

Jay Cutspec, director of the UNC Asheville Health and Counseling Center, said the research he found does not point to e-cigarettes being better or worse than traditional cigarettes, but said he still believes the new technology could help smokers.

Cutspec said he estimates a quarter of Americans smoke, and mentioned smoking represents one of the largest costs to the U.S. healthcare system. He said he supports vaping and e-cigarettes as a way to reduce healthcare costs for current and future smokers.

“They are particularly helpful in getting people to quit,” Cutspec said.

Mechal Harward, a sophomore art student from Charlotte, said she prefers vaping to cigarettes for the taste, low cost, and lack of a lingering tobacco scent on her clothes.

FDA regulations would help ensure the safety of vaping, but the resulting tax could raise prices. Low cost is one of the biggest advantages of vaping, Harward said.

Despite this, Cutspec said he is still skeptical about the future of vaping and e-cigarettes because the technology is young and the tobacco companies’ political power could influence its trajectory.

“We know they have a lot of power in Congress, um, and the CDC.” Cutspec said. “I mean, those are two of the probably the most influential special interest groups that could impact that.”

Yet Mriscin said he expects vaping to overtake cigarettes in the coming decades. Mriscin also said many of his customers are smokers looking for a way to quit, or a healthier alternative to smoking.

“We have very … very few people walk in the door who haven’t smoked before and want to start vaping,” Mriscin said. “I would say probably one in a hundred people walk in the door who hadn’t smoked. Ninety-nine outta hundred people who walk in my door have smoked cigarettes and are essentially addicted to cigarettes and are looking for an alternative.”