Despite a huge host of new challenges brought on by the COVID-19 pandemic, officials say Buncombe County made progress in the past months on ensuring the health of voters and poll workers during the 2020 general elections.

“Presidential elections always have some level of anxiety with them. But this has been a lot bigger,” said Buncombe County Director of Election Services Corinne Duncan. “It’s a large part of my job to help quell that anxiety to make sure that people understand how the system actually works. To know what we’re doing to help them, especially with COVID, all the preparations that we’re doing and just make sure that people have the information they need to make calm, rational choices.”

The pandemic makes the basic resources election officials need in a general election year, such as poll workers scarce as regular volunteers choose between their health and interacting wit hundreds of voters at the polls. Simultaneously, people willing to become poll workers have become harder to find, a lack of which would cause long lines at precinct locations, precinct closures and the possible disenfranchisement of voters.

In March, shortly after North Carolina implemented restrictions on businesses and residents to curb the spread of COVID-19, the North Carolina Board of Elections released a memo that outlined the anticipated problems likely occurring during the elections and their recommendations to the governor and legislature on how to proactively mitigate the issues.

The memo calls for expanded options for absentee ballot requests, modified procedure on ballot counting, assistance for elderly voters, increased pay for poll workers, making Election Day a holiday and other options to address issues that might arise because of COVID-19.

Duncan’s job as the director of election services gives her the responsibility of implementing these changes laid out by the state. She came on as director in February, shortly before the pandemic gripped the nation, replacing Trina Parker, who previously served as the director for 25 years. Coming to the job at the beginning of the pandemic, she said her goal has been to take the new challenges and use the urgency of the pandemic to their benefit, she said.

“We could have launched us into something we’ve always wanted to do, which was to do more video conferencing for poll worker training. So that kind of enlarged our group for poll workers,” Duncan said. “It prompted this gigantic response to help us because we’ve always struggled to have older poll workers and we keep increasing our technology and it can be tough for them to learn. So it’s been great to have a larger pool that way.”

According to the memo, the average age of a poll worker in North Carolina is around 70, putting them at greater risk to contract the virus and the potential confusion over new technology. But it is not just the elderly poll workers thinking twice about working the polls, anyone immunocompromised, obese or anyone who smokes is at greater risk according to
the U.S. Center for Disease Control.

Mikayla Wilson, drama student at UNC Asheville, worked as a poll worker in 2016 as a high schooler and in 2018 for the midterm elections. She said she will refrain from working the polls in 2020.

“I was approached to actually work the polls again, but I can’t because I’m immunocompromised,” she said. “They’ve been really trying to push for people who are younger because if you can stay at a polling place for 14 hours, and your body can handle that, they would love to have you.”

A North Carolina Board of Election survey reported that 24 of the 100 counties do not have enough poll workers to meet their needs on Election Day.

“The biggest challenge is just the volume of absentees. The processes are in place, we know what to do. It’s just a lot,” Duncan said. “In 2016, we had 7,500 absentee requests. The deadline for submitting an absentee request is October 27. So about a month and a half left for requesting we already have 40,000 requests.”

She said she does not expect any delays in counting the huge increase of absentee ballots but does foresee complications with voters sending multiple ballot requests causing the process to slow down.

Buncombe County experienced a Republican primary run-off in June, which decided Madison Cawthorn would face the Democratic challenger, Moe Davis, in the race for North Carolina’s 11th Congressional District. Duncan said this primary was good practice for their challenge in November and gave them some time to make sure the new procedures worked.

Other states held primaries in the pandemic to varying degrees of success. Georgia and Wisconsin earned national criticism for their handling of the primaries, where a lack of poll workers caused precinct closures and hours-long lines. Blake Esselstyn, a gerrymandering expert and redistricting consultant based in Asheville, said these forms of disenfranchisement are geographic disparities exasperated by the pandemic.

“The situation in Milwaukee, where they went from over 100 polling places to something like five and that was in the city’s densest part and some of that was just due to so many poll workers saying they couldn’t work,” he said. “But others have wondered why because the decrease in polling places was not as dramatic in the rural parts of the state, which tend to vote more conservative.”

Voting sites now adhere to CDC guidelines designed to reduce the spread of the virus. Workers will be provided full personal protective equipment, including masks, gloves and hand sanitizer offered for every voter. The check-in stations will be protected by plexiglass and all voting stations cleaned after each voter. The iconic “I voted” stickers will no longer be handed out to reduce the amount of contact between people.

“The state board has directed that we can’t turn anyone away, so if somebody refuses to wear a mask, they will still be allowed to vote. But we are going to make that mask readily available,” Duncan said.

With the election being less than 50 days away, the window of time to inform the public on the steps to voting and make them less hesitant to vote amid a pandemic is closing. Duncan said despite the challenges, the pandemic increased the press coverage around voting allowing them to inform the public directly from the source.

The pandemic’s boost to the spread of voting information cuts both ways, as misinformation about the virus and candidates spread rapidly. Shortly after President Donald Trump encouraged voting multiple times at a campaign rally in Wilmington, Duncan appeared in a Board of Election informational video reiterating that voting twice is a felony.

President of UNC Asheville Political Science Club Devon Gill said the most important thing to do so close to the election is to make a plan and do your research. Poor planning and inaction can cause voters to spend too much time at polling places or return their absentee ballots late.

“Students are not super informed about absentee voting. I don’t think anybody really is unless you really sit down and research it a little. Because it’s not something we have to think about a lot, but especially this year, it’s incredibly important,” Gill said. “I know that so many people are passionate about this election, and they, now more than ever, want their voice to be heard. They want to influence what’s happening in their communities and their states and their country. I’m just hopeful that everybody is able to follow through and put in their vote on Election Day.” 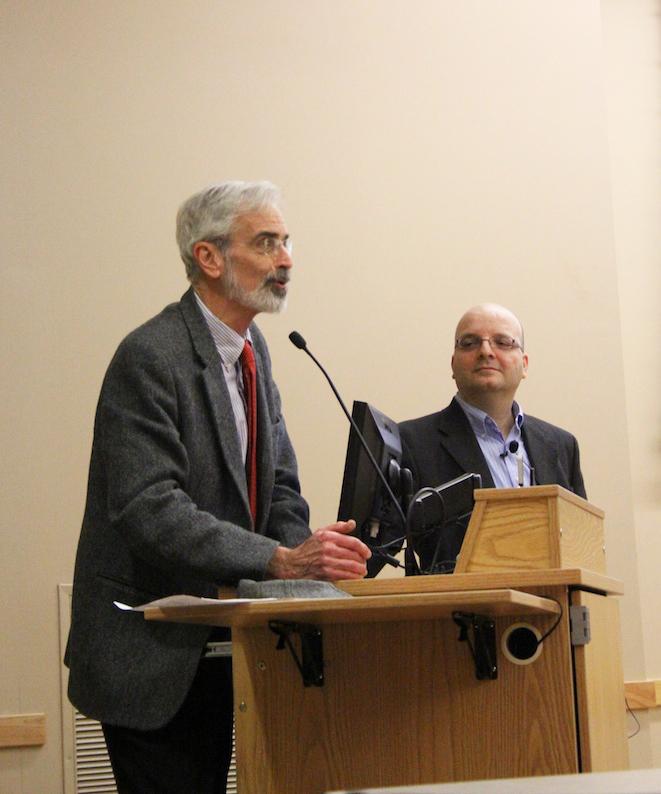