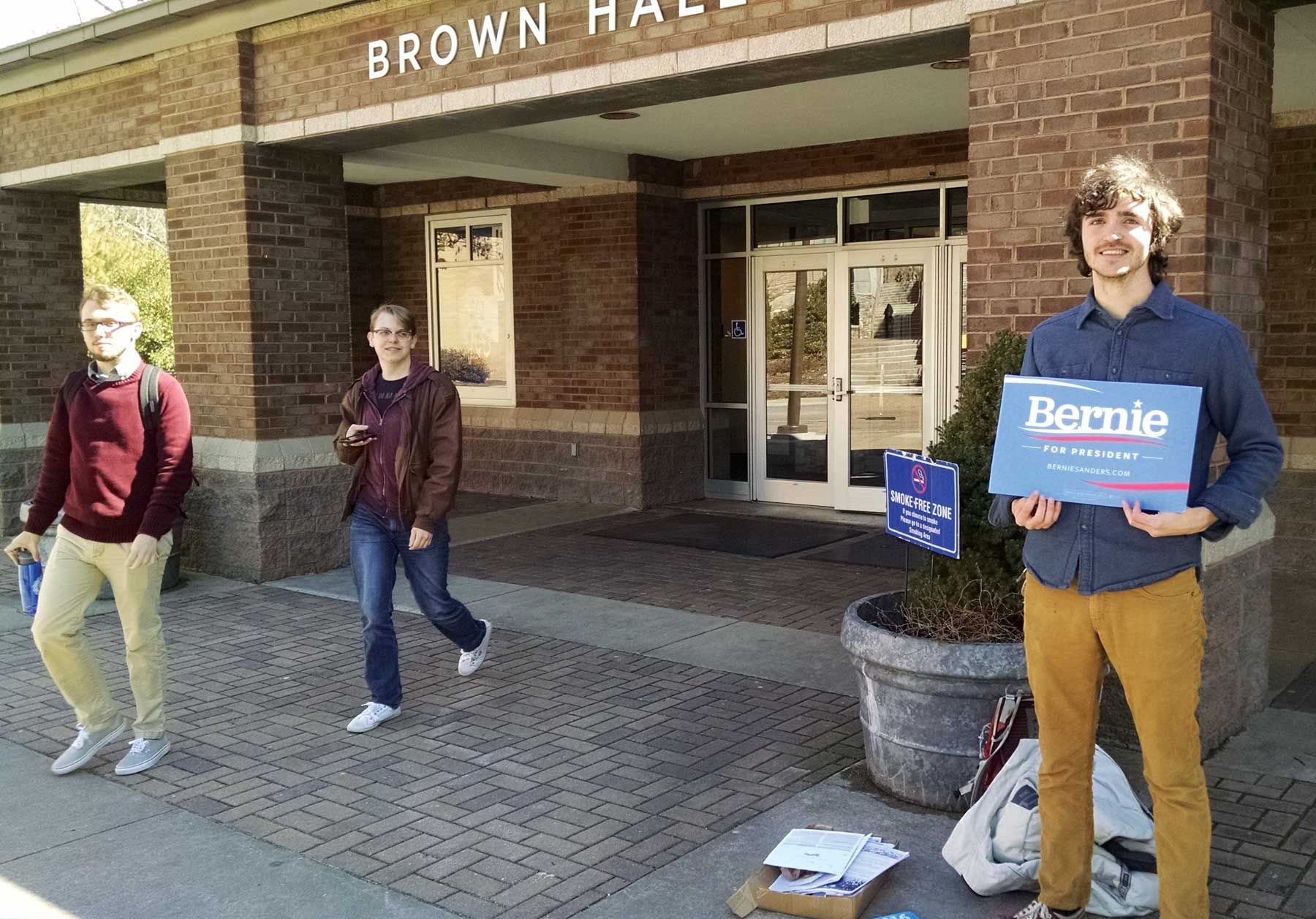 Barbara Bates Smith and Jeff Sebens performed the show, which according to WNC for Bernie Sanders’ website,  is about the late Doris “Granny D” Haddock, a 90-year-old woman who walked across America to protest campaign reform.

Jeff Sebens, who played the dulcimer during the show, said the two have traveled together for 15 years but have performed “Go Granny D!” for three years around the country, to talk about campaign finance reform and the presidential candidate who represents it.

“Bernie has really taken up that cause more than anyone in history,” Sebens said. “I think he’s been able to excite and energize a lot of new voters and that’s what it’s really going to take to get somebody in office is a lot of new voters.”

Carole Schaefer, WNC for Bernie Sanders founder, said the group of 900 volunteers puts on events like “Go Granny D!” to encourage voters to support Sanders in the upcoming election.

“Barbara is an accomplished actress and she’s been traveling with the show for quite a while,” Schaefer said. “She came to one of our events and she approached me and said, ‘Hey, how would you like this?’ and I went, ‘Great, yes.’”

According to the WNC for Bernie Sanders website, the group strongly encourages voter registration and has events planned consistently through the election season, including Democratic debate parties taking place at New Mountain.

Schaefer said the group uses the local Democratic party headquarters to make phone calls, but has no office space there.

“We’re not operating with a budget; we are very low-budget,” Schaefer said, laughing. “Everything that we do is basically, somebody offers a donation.”

Sanders shirts were sold during the discussion that followed the show, connecting “Go Granny D!” to Sanders’ platform.

Matthew Joyce, a senior psychology and anthropology student, is the unofficial leader of UNCA Students for Bernie.

“What we’ve found is that most students are about Bernie Sanders,” Joyce said.

The group is small, with a goal to get students registered to vote, as well as handing out stickers, pins and pamphlets about Bernie Sanders.

Joyce said Sanders’ policies are the first in a while to represent the younger generation and move away from big money interests.

“It’s kind of almost a bubble of Bernie support in Asheville,” Joyce said. “That’s pretty much all I’ve seen around the city, is bumper stickers with his name on it.”

A chill reception for Latino immigrants