A traveling group of artists and environmental activists known as the Beehive Collective  presented their latest piece of educational art, a poster depicting Central American resistance to globalization to a group of students, staff and community members at UNC Asheville.

“We create these graphics for use as educational tools,” said Kyle Gibson, a member of the collective for three years. “We, like pollinators in the ecosystem, cross-pollinate the grassroots by taking stories from research trips and broadcasting them out to a bigger audience.”

Nine years ago, researchers from the collective set out to Central America for a fact-finding mission. As they traveled back and forth from southern Mexico to Panama, collective activists gathered stories from indigenous resisters on the front lines of globalization and free-trade issues.

“This was a request,” Gibson said. “We had done graphics in the past about Latin American solidarity issues such as free trade and the drug war. We were told the Project Mesoamerica, a multinational development project, was the next push for organizing.”

“It’s not one dam or one highway,” Shay said. “Over 300 dams are part of this project.  There are lots of highways, tons of pipelines, free trade zones. The Panama Canal just got expanded as part of the project.  The scope and the scale is enormous. Lots of people’s lives are being affected.”

The front of the poster, a map of Mesoamerica, uses caricatures and symbols to represent the forces involved in enacting Project Mesoamerica.  The plan, which aims to transform the region into an industrial manufacturing and transportation corridor, appeals to the interests of multinational corporations at the expense of the local population, according to Shay.

“What we’re trying to do is uplift the voices that don’t make it in the textbooks or the news. The stories of incredibly small-scale tiny events that happen in people’s lives are actually incredibly important,” Shay said.  “All those little tiny pieces together make up an incredible story, which is a lot of what we’re doing and why all of our graphics have so much little tiny detail.”

Shay said Beehive Collective designers added their own spin on the traditional map elements in order to create a symbolic representation.

“The compass on this map is a game of roulette, and the two ladies playing the table are Chiquita Banana and the Starbucks lady,” Shay said. “This compass is showing us who holds the power and who gets to choose the direction in Mesoamerica.  Megacorporations are playing this game of roulette.”

Gibson and Shay said they adapted some historical images, such as a trifecta of ships representing the triangular route of the slave trade, to fit modern contexts.

“We still see forms of slavery and entrapment today,” Shay said. “We imprison the most people in the world right here in the land of the free.  These cycles are ongoing – they’re more than just historical.”

One student attending the presentation as a requirement for an environmental science course said the amount of suffering that doesn’t make the news shocked her.

“We have to stay curious and stay involved,” said Julia Rooks, a junior psychology student. “Awareness is crucial.”

Gibson said he encouraged students to become both involved in their local communities and to stay aware of global issues. He said the Trans-Pacific Partnership, an international trade agreement currently under negotiation, serves as a worthy topic of investigation for curious students.

“There’s a long history of students being organized,” Gibson said. “I think you can organize to do a lot of different things, including making a difference on how your campus runs and where things on your campus come from.”

Active Students for a Healthy Environment co-hosted the event with the UNCA office of sustainability. ASHE will continue its work on coal divestment into the next semester, and Sonia Marcus, the new director of sustainability, said she hopes to lead and reinvigorate sustainability efforts on campus.

“In a movement, the most important person isn’t the leader – it’s the first follower,” said Tom Quartz, a man who recently moved to Asheville.  “It’s the person who is willing to step up and help before it’s popular, before it’s exciting, when it’s still hard. When you see something that you want to contribute to, you actually plug in and do the work because you believe in the movement as a whole.”

SGA gets digital with new campus apps and upcoming elections 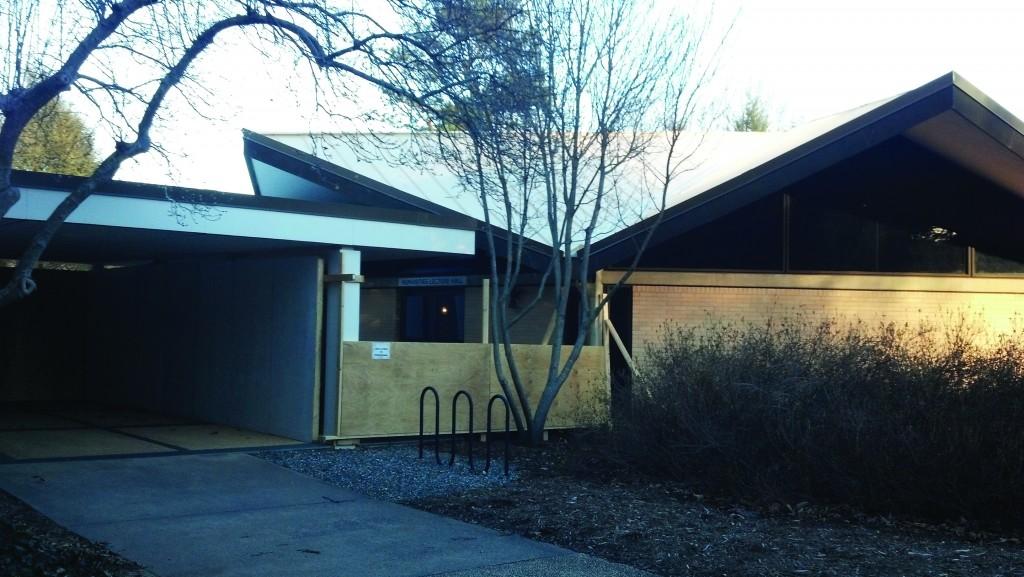 Black bears make themselves at home on campus