“We’re back to playing regular games. This weekend will be our first weekend of recreation level soccer. Participation is only about 35 percent of what it normally would be for the fall season and so we’re coming back into it slowly. The virus continues to have a big impact in terms of participation, and of course we’re implementing a lot of safety protocols that kind of changes what the feel is at the soccer fields,” Rottjakob said.

The club’s return to having teams playing matches comes after a lengthy spell of closure as well as a long period of only having practices.

“It’s been really slow. We shut down everything in March and were able to get back out on the field in the middle of June doing social distanced soccer training. Kids would come and it would be one ball, one player, nine players per coach and each player would have their own grid and they wouldn’t come outside the grid. It was kind of like soccer in jail. We started off with that, implementing all the safety procedures,” the Illinois native said.

While North Carolina moved into Phase 3 at the beginning of the month, lessened restrictions on many things were first seen when Gov. Roy Cooper announced North Carolina would move into Phase 2.5 early last month.

Sports and athletic activities include one of the groups positively impacted by the lessening of restrictions as gyms and fitness centers opened back up. Also, as a result of Phase 2.5, sports tournaments and sporting events can take place.

While players can now play with a close proximity to one another while practicing or in games, Rottjakob said the club has doubled down on the other safety measures to continue to be secure. Masks are required when entering or leaving the field, players put on their gear and take breaks at their spaced out soccer bags along the sideline, no group huddles. Rottjakob also said the club still offers socially distanced practices for those players that need it.

“We just need to be really patient and understand that everybody has different comfort levels and that the extent to which they’re trying to reduce the risk that their family is exposed to,” Rottjakob said. “We’re still offering practice for players that choose it where it’s complete social distancing. The players remain 6 feet apart from each other during practice, there’s no scrimmaging or anything that looks like real soccer. We’re still offering that and it’s somewhere between two and three percent of the kids in our program.”

As student athletes at UNCA can only practice and scrimmage amongst themselves, they continue to focus on safety, according to David Jandrew, the associate athletics director for external operations at UNC Ashevile.

“Our focus right now is how do we practice and get that to where we’re comfortable that we’ve done and taken every step that we can as we get closer to being ready to play,” Jandrew said.

Phase 2.5 also allows for mass gatherings of up to 50 people outdoors in a confined outdoor space, which includes stadiums and sports complexes. According to Rottjakob, this feature of Phase 2.5 allows for an attendance to the club’s soccer games.

“A lot of the concerns that the Department of Health and Human Services had with youth sports and youth soccer were spectators. So we have to follow the guidelines for mass gatherings and we can only have 50 spectators on a field that would be a full sized field. The way we’re managing that locally is that each player can only have one spectator, so one parent. If you think about an 11 versus 11 team, the maximum roster size is 18 and so if each person only has one then that keeps us below 50,” Rottjakob said.

Gyms and other fitness facilities opened at a maximum of 30 percent capacity as a result of Phase 2.5. Many people who might not have had the

ability or equipment during the summer to work out because of closed gyms can now go to gyms and fitness centers to do their exercises.

“When we first opened I did orientations on the new equipment and one lady, she was here a lot, for her the most important is the camaraderie here, it’s a family. We have our regulars, they know each other, they know each other’s life stories. Those that have been coming here for as long as I’ve been here, 14 years, we know each other. If somebody lives by himself or herself during this isolation, it can be hard because this is their only place once a day, other than going maybe to Ingles. That one lady says she really went down in a hole and now she’s happy as a clam that she can come back and ride her bike again,” Mark-Madden said.

Mark-Madden said the lengthy time away from the gym affected some members’ mental and physical health.

“I have seen and heard a lot of people that were really isolated and they got basically depressed, they went backwards in their rehab. Another lady that just came back, we have to start at square one. I’ve trained with her for a year and she was about to run a 5K, from the couch to 5K. She lost all her muscles. Some people just don’t want to do things on their own, they need your accountability, so now we have to start again,” said the Germany native.

According to Mark-Madden, exercise and working out can help tremendously for many things and the reopening of gyms and fitness centers should have occurred earlier.

“I just think exercise is the best kind of medicine for anxiety, for obesity, high blood pressure. It’s all researched, it’s all proven. It was not open probably enough,” Mark-Madden said. “There was a study in Oslo that found out gyms ranked among the lowest transmittant places, so honestly to me it didn’t make sense to open up the bars and not the gyms. To build up your immune system, and mental health, it’s for physical health, there’s so many positive aspects to it.”

The study mentioned by Mark-Madden was performed by the University of Oslo’s TRAiN study group. The group provided in the conclusion of their tests that with good hygiene and social distancing measures they saw no increased COVID-19 spread at training facilities.

Despite this study, many people still don’t feel safe enough to return to work out.

UNC Asheville alumnus Harrison Johnston said before all the gyms shut down in March he would usually go to work out five or six days a week. However, Johnston said he will not be returning to work out any time soon.

“I don’t feel it’s safe to go back because you have to rely on every other person that’s also going to the gym to have been following precautions both at the gym and in their social life and the shear amount of people that are there and the nature of it to where they are breathing hard and touching public equipment, it just seems pretty unsafe at the moment,” Johnston said.

According to Mark-Madden, the gym crowd at the Asheville Racquet Club South remains scarce even with the gym’s reopening.

“In June we had gotten all new equipment and it’s a brand new gym. We shoot our emails to the patrons and let them know what’s going on so they are aware of it and still in this huge space the most I’ve seen at a time is like five people in the gym. And we have a huge capacity. It’s mostly younger people, regulars that came. I’m talking about mid 20s, mid 40s, they have been here nearly every day before so they’re happy to come back and fit in their routine,” Mark-Madden said.

Although gyms in North Carolina closed from March up until Governor Cooper’s introduction of Phase 2.5 in September, Johnston said he and his family were still being charged gym membership fees by the The Reuter Family YMCA.

“They kept charging us for all the months that everything was shut down and we had to contend that. They kept charging us even when the facility was closed and then we had to retroactively get that cost taken off, we didn’t feel that was fair obviously that they couldn’t provide the services but we were still being charged for,” said the Asheville native. “Now we have chosen to suspend our membership because we still don’t feel safe going back even though they are still open and would be being charged even if we didn’t show up.”

According to Johnston, he and his family are contemplating canceling their membership as a whole due to how difficult it was to contend.

“It was a whole process, it was not very easy, and we consider canceling our membership because of how difficult it was and the fact that we even got charged in the first place,” Johnston said. 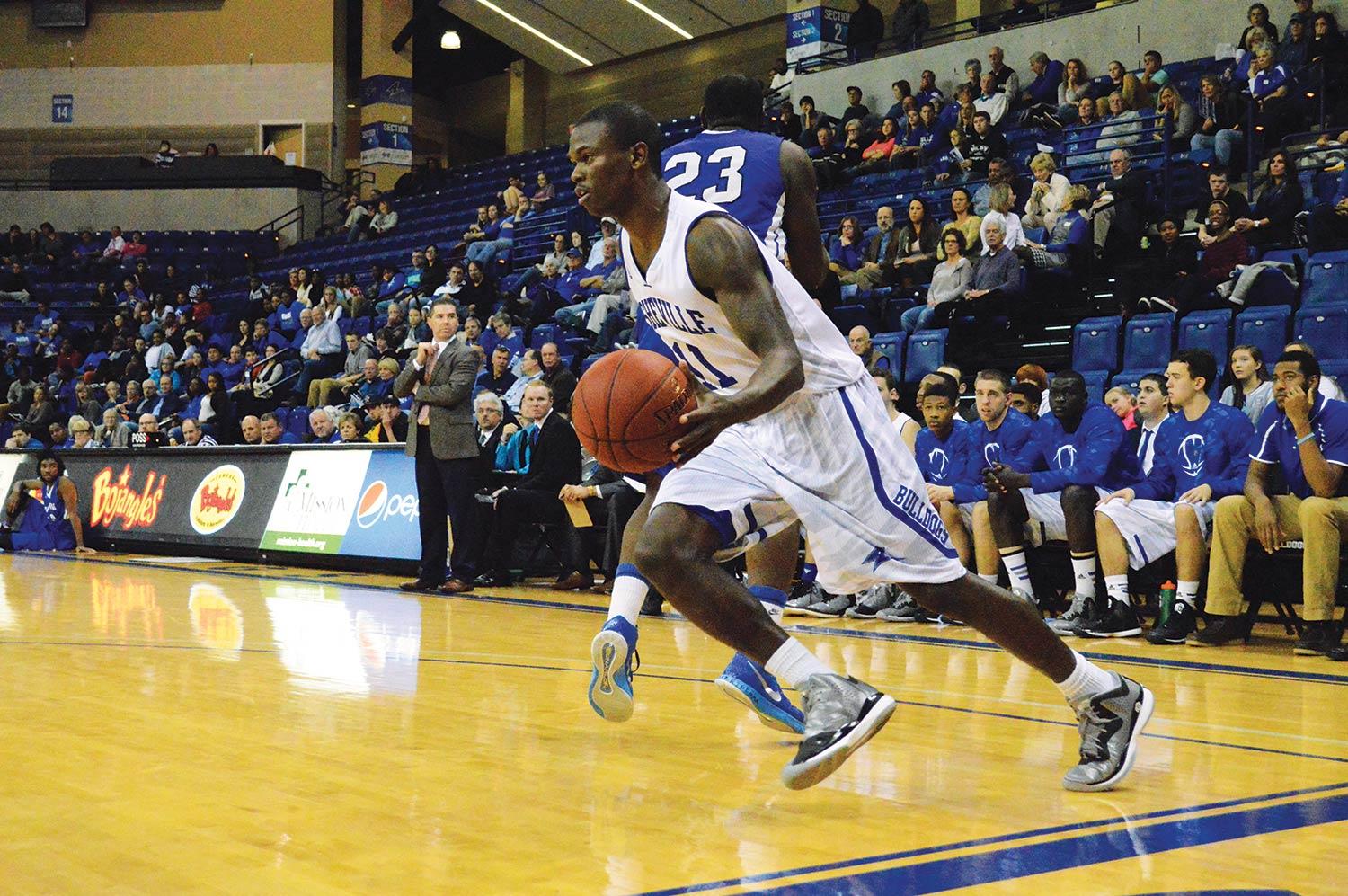 Bulldog bats win 3-of-4 against Buccaneers