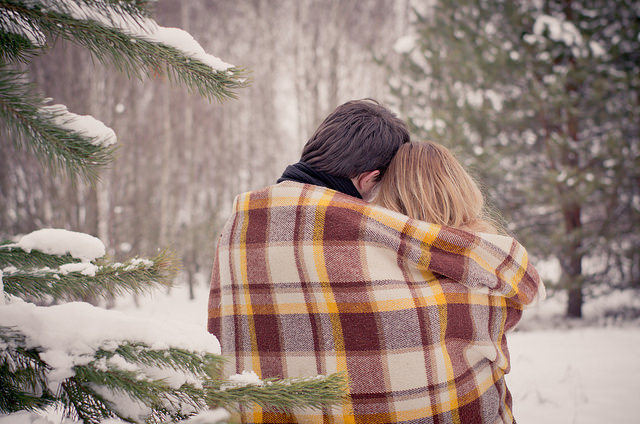 The fear of being vulnerable is nothing compared to the happiness you’ll find with someone else.

Reaching out for love and support can be absolutely terrifying.

Whether you’ve avoided expressing your feelings to your significant other because you were afraid you’d seem weak, or you can’t come to terms with asking your parents for support because you don’t want to appear needy. This isn’t an uncommon feeling. I struggled with this for far too long.

For years I trained myself to keep my mouth shut and never reach out to someone for support. After my first year of college, I even found myself trapped in the depths of an eating disorder. This time, not only did I not want to speak up, but I really did not know how.

This feeling of being scared to open up to someone isn’t just for those dealing with a mental illness. Letting people in is not an easy process.

Often we find ourselves pushing our feelings aside, rationalizing it in our minds as if waiting for the right time to talk about something. The truth is, being vulnerable is scary. It puts us in unknown territory. We risk being rejected, attacked, laughed at or betrayed.

In reality, engaging in healthy, romantic relationships is necessary. For a long time, I thrived off of being independent. I gave super lovey-dovey couples dirty looks because, until became deeply committed to someone myself , I didn’t understand what it was like to share a bond of that nature.

When I did open up, I was relieved. I fought with myself for so long, telling myself that if I opened up, I’d be perceived as weak. How idiotic is that?

Don’t get me wrong. Even after opening up to my significant other and putting my trust in him, vulnerability terrifies me.

Despite this, I’ve learned making yourself vulnerable is necessary if you want to have healthy relationships. Often, I catch myself holding in my emotions, afraid to speak up because I don’t want to be perceived as a ‘stupid, emotional girl.’

How do I fix this? I open my mouth and say what I need to say. Yes, it’s scary, but I’ve discovered if I express myself, I feel a lot better.

I’m not going to waste your time by listing study after scientific study that suggests having social bonds and romantic relationships is essential for living a longer, happier life.

The reality is, the only way you’ll understand how important it is to make yourself vulnerable is by actually doing it. You can’t expect yourself to have a healthy romantic relationship or even a strong friendship if you are not completely honest and open with someone.

The bottom line: allow yourself to be vulnerable. Stop trapping your thoughts, feelings and emotions inside your head. Open up to the person you’ve been holding back on. Once you do, the bond that forms will be irreplaceable.

Most importantly, the fear of being vulnerable is nothing compared to the love you’ll receive in return.

John Mallow is a senior mass communication student at UNCA and Assistant Social Media Editor of The Blue Banner. He enjoys running, mountain biking, ska music, pizza and beer. He also wrote this bio himself, in the third person. Twitter: @jmallowjr Instagram: @johnmallow0602

Day in the life of a coffee fiend

Drug dealers could be on death row in the future