As a die-hard Grimes fan, “Art Angels” quickly became my favorite album of 2015. Her unique style of lo-fi goth pop mixed with her signature wispy, falsetto vocals captured my attention and abruptly stole my heart forever.

Grimes breakthrough hit album, “Visions,” became an overnight sensation in 2012. The artist’s adamant opposition to hard drugs spawn from the album’s recording sessions. She created the entire album in her apartment during a drug-fueled, three-week span with little sleep or communication with the outside world.

Boucher is completely self-sufficient, exercising total control of her music. She records and mixes her own material, playing every instrument featured in her songs. She even directs her music videos and creates art used for her single and album covers.    After touring the world in support of “Visions,” Grimes seized the opportunity to learn how to really perform and sing live, she said.

Last summer I had the pleasure of seeing Grimes open for Lana Del Ray in Charlotte. The sea of teenage girls clad in high-waisted cutoff shorts, crop tops and floral headbands had no clue how to react to Boucher’s eclectic and unusual sound.

My friends and I were seemingly the only people singing, dancing and actually enjoying ourselves amongst the horde of Coachella wannabes. Grimes easily stole the show from Lana with her barbaric, high-energy performance as the audience gawked with wide-eyes of disbelief and confusion. Even if the majority of the crowd was oblivious to Grimes’ mere existence, she seemed unscathed, sharing her creative arrangements of both organic and unnatural sounds with a smile on her face.

In 2014, Grimes released “Go,” a song initially written for Rihanna. After she rejected the song, Boucher decided to release it as her own. The track received significant backlash from outraged fans who believed Grimes had sold out, succumbing to the sound of mainstream music with her dubstep-heavy song. Consequently, she scrapped her entire fourth album and started over.

“Art Angels” begins with “laughing and not being normal,” a majestic yet dark track brimming with violin and piano. The intro tune perfectly depicts Grimes’ evolution in music, straying away from arranging songs exclusively in GarageBand by adding notes played from tangible instruments such as guitar, drums, piano and violin. The track “California” serves as commentary on Grimes recent move from Montreal to Los Angeles, incorporating two-beat claps with lively guitar and pulsating drum beats, creating an upbeat theme for the sunny shores of the Golden State.

“California, you only like me when you think I’m looking sad. California, I didn’t think you’d end up treating me so bad,” she sings, perhaps referencing the shallowness and unrealistic, ruthless expectations of the West coast and the music industry itself. “The things they see in me, I cannot see myself. When you get bored of me, I’ll be back on the shelf,” she laments.

Grimes changes direction with the violently aggressive “Scream,” featuring Aristophanes, a Taiwanese artist who performs in her native language. The song begins with a twangy guitar riff worthy of placement on any soundtrack curated by Quentin Tarantino.

Ravaging roars and raucous screams mark the arrival of the song’s chorus, sending one’s state of mind into a ferocious frenzy filled with aggressive panting and destruction, leaving a bloody scene of carnage on the dance floor.

“Flesh without Blood” is hands-down my favorite pop song of 2015. Grimes took the formulaic design of mainstream bubblegum pop music, shoved it in her mouth, chewed vigorously and spat it in all of our faces. The track serves as the ultimate fuck you anthem for a previous boyfriend who clearly did something to piss her off.

“You claw, you fight, you lose, got a doll that looks just like you. Remember when we used to say, ‘I love you’ almost every day? I saw the light in you, going out as I closed our window. You never liked me anyway,” she professes. Eighties drum and bass layered with pop-punk guitar and breezy vocal loops create this superbly crafted, feel-good tune.

Written from the perspective of Al Pacino’s character from The Godfather Part II, “Kill V. Maim” portrays the mobster as a vampire who can switch gender and travel through space.

“B-E-H-A-V-E, arrest us,” she cheers, capitalizing Top 40 pop’s current obsession with spelling out words in hooks of songs. “Italiana mobster looking so precious. B-E-H-A-V-E, never more, you gave up being good when you declared a state of war.”

R&B innovator Janelle Monae joins Grimes on “Venus Fly,” a ditty rooted deep within feminist empowerment. The track hits hard almost instantaneously, bringing booming bass and drum within the first verse. “Why you looking at me now? What you looking at me again? What if I pulled my teeth? Cut my hair underneath my chin? Wrap my curls all around the world. Throw my pearls all across the floor. Feeling my beat like a sniper girl,” Monae declares.

Boucher and Monae alternate complimentary vocals throughout the song with Monae spitting verses in between choruses packed with Boucher’s high-pitched croons. A violin solo arrives with the outro, superbly juxtaposing the harshness of the song’s overall beat with eerie string chords.

“Art Angels” sold 11,000 copies in its first week of release, landing at number one on Billboard’s Top Alternative Album chart and number two on the Independent Albums chart with her best selling album to date.

Boucher presents fans with a more contemporary image of her artistry, reimagining the future of pop music and coining the remarkably bizarre next chapter in the Grimes saga. 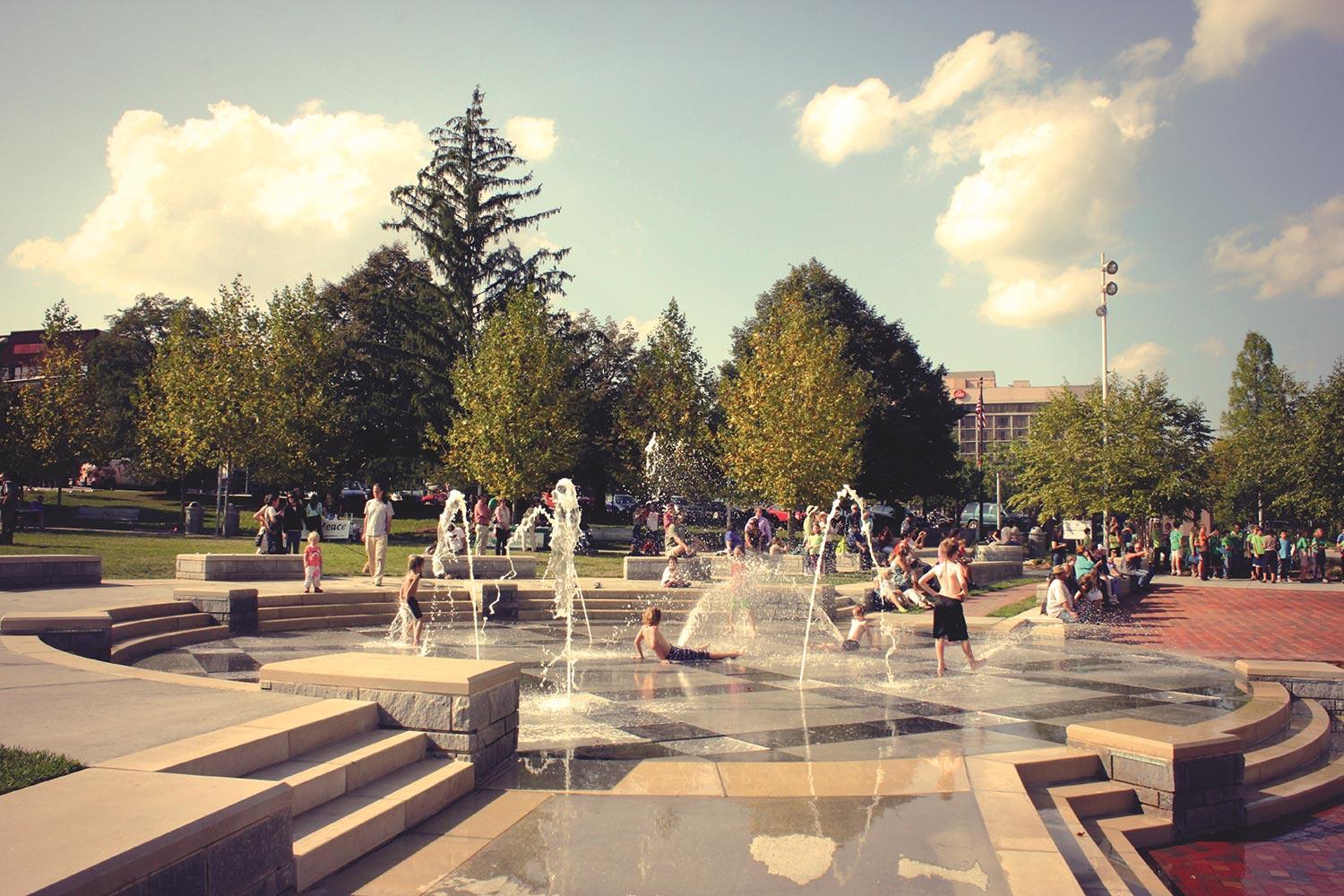