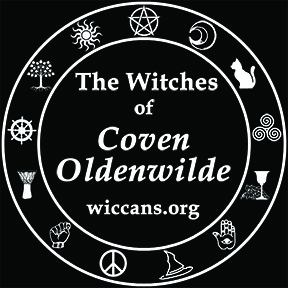 “When you’re walking up and down Church Street, you’re actually walking on top of an old cemetery,” said Sarah Harrison, founder of the Asheville Paranormal Society and retired clinical laboratory scientist.

“There’s a woman dressed in black called the Black Abbey who haunts the Presbyterian Church there. Then there’s a ghost all in white by the Methodist Church,” Harrison said. “Church Street used to be a cemetery. They dug up the graves, or allegedly dug up the graves, moved them and then put fill dirt on top of it and paved it.”

Harrison said she began paranormal investigating in Asheville after taking a ghost hunting seminar in Chapel Hill. She currently holds the title of lead investigator for the Asheville Paranormal Society.

“We’ve dealt with non-human entities that are particularly troublesome. They tend to stir up a lot of emotion. They do poltergeist-type activities and they feed off the energy of the fear they generate. They cause a lot of chaos in the house,” Harrison said.

Harrison said that higher paranormal activity occurs in the fall because the change of the season brings about a positive spike in electromagnetic energy on Earth.

“We were investigating a house near Beaver Lake and one of the former owners of the house beat his wife and child. He went overboard one night and killed his wife and went outside and shot himself. He stayed in the house and made life miserable for the tenants who lived in the house thereafter. He would wake them up at night, grab them, push them. He was getting his jollies doing what he could to scare them,” Harrison said.

The society held an investigation of Lewis Memorial Park in north Asheville on Sunday night.

“For us, Halloween marks the Samhain Sabbat,” said Dixie Deerman, a high priestess of Coven Oldenwilde, who prefers the name Queen Lady Passion. “It’s witches’ new year celebration. It’s time to divine our futures for the year to come a time when we lament our beloved dead and appease restless spirits.”

Witchcraft denotes a pagan folk-religion that worships life-affirming deities and the inherent sanctity of nature. Wicca means the ancient form of witchcraft which celebrates the balance of life and birth, growth and death, according to coven members.

“Of course I believe in ghosts — as well as myriad types of spirits, entities, demons and other quirky beings,” the high priestess said.

Coven members, contrary to popular belief, do not worship Satan, said the 52 year-old.

According to the coven, Satan worship profanes Christian symbolism and  is a Christian heresy, differing from pagan religions, which pre-date Christianity. Witches do not believe in Satan, and do not have a satanic equivalent deity.

Bryan Robbins, lead pastor of Missio Dei Church in Asheville, said many people in his congregation find themselves unsure of how to approach the celebrations during this time of year.

“At times the Evangelical Church has said they would whole-heartedly abandon or forsake this tradition because it has pagan roots. That can be short-sighted because there’s this idea of even if it has pagan roots, at what point does it’s current practice stop being tainted,” Robbins said.

Some Christians believe Halloween marks Satan’s birthday, while others see it as a cultural phenomenon, Robbins said.

“Long story short is that a lot of people are confused about it, should they participate in it or not,” Robbins said. “At this point in American culture, I think whatever pagan roots it might have had are gone. It’s pretty much a commercial holiday.”

Robbins said he supports trick-or-treating as well as the other typical holiday traditions.

“As Christians, I think there’s a way to say, ‘how can we participate in this in a life-giving way?’ So I would say to my folks, give out the best candy,” Robbins said.

Eating disorders increase nationally over the past 13 years