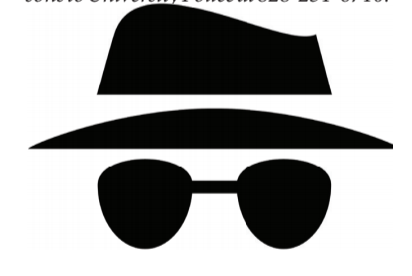 Campus police warn students to lock up their belongings after multiple bicycle larcenies on campus.

“The first theft happened approximately two weeks ago and then there was a subsequent one that happened about five days later and then the third one showed up yesterday. So that’s why I issued the crime alert notice,” said Eric Boyce, assistant vice chancellor for public safety.

To minimize the probability of larceny, students should secure their bikes with a U-lock to a bike rack, according to Boyce in a press release on Sept. 11.

The number of bicycle larcenies remain relatively level from year to year. A rise in bike larcenies usually means the bikes were left unattended and unsecured by the owner, according to Boyce.

“We find that folks are leaning more toward bicycles and when they’re purchasing, they’re purchasing more expensive bikes. It’s not like when I was a kid and you would go to a Sky City or wherever it was and get a bicycle. People are purchasing specialized bicycles for different riding purposes and that makes those bikes more attractive in an open air environment and particularly if they’re unsecured,” Boyce said.

Crimes of this nature fall under the category of crimes of opportunity, according to Boyce. To avoid this he said students should always lock away their valuables, including bicycles, to restrict easy access for the thief.

“Oftentimes we don’t see someone breaking into a building and taking things. What we often find is somebody left something laying out and someone grabbed it. So I encourage students to make sure they keep their valuables with them all the times. Don’t lay them around, lock your doors, lock your cars and keep all the valuables out of sight in your cars,” Boyce said.

“I parked it under Highsmith bridge, I locked it up and everything. I was like ‘okay, well campus police probably took it’ because I left it here over the summer. I checked on it when I got back and it was there and everything, but I assumed campus took it,” Stevens said.

After receiving the email from Boyce about the bike larcenies on campus, Stevens said he reported his bike was stolen.

“I emailed them saying ‘Hey my bike is missing. I don’t know if campus did anything with it’ and they were like ‘we have no record of your bike, someone probably stole it, come in and write a report,’” Stevens said.

Stevens said he believes his bike is long gone now, but he hopes others can avoid getting theirs stolen.

“It’s kind of a shame that even with locked bikes someone can come up out of nowhere, cut your lock and leave with your bike and no one sees a thing,” Stevens said. “I just don’t want anyone else’s bike to get stolen.”

David Olawuni, a sophomore at UNCA, said he enjoys riding his bike around campus and remains optimistic that his belongings are safe.

“I go way back. Way, way back to 2 weeks ago. That was my first time ever riding a bike,” Olawuni said. “I ride it around campus. I usually ride it to the gym and then ride it back but it’s usually hard after working out because it’s uphill. It’s fun. I don’t feel unsafe or anything.”

Even if students do not have a bike on campus they can help keep others safe by reporting suspicious activity to campus police, Boyce said. Report suspicious persons to University Police at 828-251-6710.

Equal pay an issue at colleges