The Student Government Association plan to have an event and tabling letting students write letters in support of Deferred Action for Childhood Arrivals. The pressing issue of DACA legislation becomes more important as the Trump administration might rescind it in the next six months.

“Un-DACA-Mented in Higher Ed” will be held by SGA Thursday to share local connections and ideas people have for DACA. SGA President Tim Hussey explained the purpose of the upcoming event.

In addition to the DACA event on Thursday evening, there will be tabling by SGA in support of DACA. Lauren Bulla, SGA vice president, said students can sign letters during the tabling. Tabling will start Nov. 2 at 1 p.m.

Bulla said she feels like students want to voice their concerns but often do not know how or where to do so. Sending the letters directly to Congress for students removes an extra step they might not understand, Bulla said. Hussey said he has hopes for the DACA event and tabling.

“My hope for the letters and for the event is for our university, our administration, our local and national government to see that this is something that UNCA — our student government — takes seriously and that we are hoping that this will make a difference for a lot of students not only on our campus, but system-wide,” Hussey said.

“It is a collaboration between SGA, Multicultural Affairs, HOLA and a local community organization called ALAAS ,” Hussey said.

The awareness of social issues is an integral part of SGA’s mission with the Association of Student Government within the next academic year. While “Un-DACA-Mented” remains an initiative of the student government at UNCA alone, other initiatives in the future will involve a joint effort by ASG.

Maynard said the awareness focus for the spring semester will be sexual assault.

“One of the major things to come out of that meeting, ASG every year in the spring semester has a system-wide focus of advocacy or awareness, and we chose that focus to be sexual assault,” Maynard said. “So in terms of directions or plans on how we’re going to address that in the spring semester are all still up in the air.” 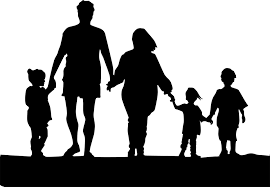 Student workers seek a sense of normalcy amid COVID-19