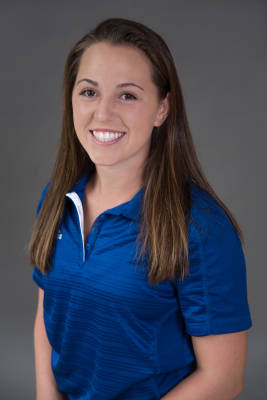 UNC Asheville women’s tennis players Kylee Shipley and Hannah Francisco have a bond that can not be broken, both off and on the court.

“We just kind of clicked well together the first time we played, and it has just gotten better since then,” Shipley said.

“Yeah, it helps that we are good friends outside the court, which makes playing together more fun,” Francisco said, nodding and smiling.

The pair of sophomores said they came from different Southern states to a new environment and clicked immediately at UNCA.

“We even have matching knee injuries!” Francisco from Marietta, Georgia said, both erupting with laughter.

Franciso and Shipley said they are currently doing different forms of cardio instead of sprints with the team because they both have what they believe to be tendonitis in their knees.

They said that won’t stop them from practicing and staying motivated.

Shipley and Francisco have grown together as players. However, they said they didn’t originally start as doubles partners.

“One day at practice, a little less than halfway through the season last year, coach told us to pair up and we’ve been working hard and pushing each other ever since,” Shipley said.

Lise Gregory, head coach of the women’s tennis team, said she decided to push the pair even further by sending them to UNC Chapel Hill to take part in the 2016 Regionals Tournament.

“Both Hannah and Kylee have had some good results this fall and I wanted to give them an opportunity to test themselves against the best in the region,” Gregory said.

On Oct. 19, Shipley and Francisco, accompanied by Gregory, went to Chapel Hill and competed against many major North Carolina universities’ top players.

“UNC Wilmington, UNC Chapel Hill, App State and Duke were all there.” Shipley said. “It was so cool to be able to compete against some of the top schools in our state.”

Shipley said the experience of participating in the regionals tournament was eye-opening, as her and Francisco both learned what skills they need to improve on and saw new techniques used by other teams.

“We beat App State, which was really exciting, and I feel like we could’ve beaten Duke if we had been on our A-game that match,” Francisco said. “Next time, for sure.”

Francisco said the team practices for about two and a half hours a day, making their team bond strong.

One of their teammates, Amalie Davidsen, said she has enjoyed playing with Shipley and Francisco.

“They are very skilled on the court and are good friends of mine even outside of tennis,” said the junior from Denmark.

Davidsen said she enjoys watching them grow and improve on their skills in the two years they have played together.

“The team is pretty young, but each of us brings a certain dynamic that blends us together,” Davidsen said. “Being on a team makes you feel special, especially when the bond is like ours.”

Shipley said the differences in junior tennis and college tennis are vast and she loves playing for UNCA.

“In junior tennis you play more as an individual, and even though tennis is mostly an individual sport, it’s nice to have a solid team to back you,” Shipley said.

“I love that I get to play with my teammates and we still want to get together after practice,” Francisco said. “It makes our team bond so much stronger.”

Francisco and Shipley said they have a couple more tournaments left in the season.

The pair said they hope to make their parents and their coach proud with the rest of this season and in the years to come.