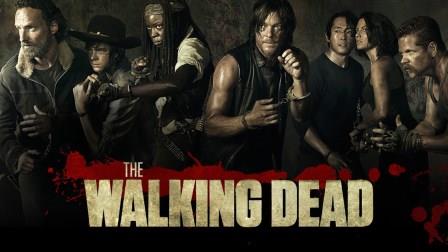 The Walking Dead season six premiere established a new fall pastime as 20 million people tuned in to watch the first episode either live or the next day via DVR.

October has always been synonymous with all things scary, from reruns of horror movies on TV to a new Paranormal Activity in theaters almost every year for the past six years.

Such huge ratings for the AMC juggernaut could be attributed to the larger scale of the episode, running at a beefy 90 minutes Sunday night and showcasing a cinematic scope unseen in the previous five seasons.

Cinema Blend even lauded the episode as the “best episode ever” in their review of the premiere Monday morning.

Previously on AMC’s The Walking Dead, viewers saw the epic proportions of the new season and within the first five minutes of the premiere, are treated to an army of what looked to be 500 walkers against a small band of human soldiers, all fighting against the apocalypse with one goal in mind: to survive the day.

Walkers, who can band together and push a semi-truck off a cliff, are not enemies I would want to tangle with. If you think I’m kidding about the number of walkers AMC used in this first season six episode, reports surfaced estimating the extras count to be near 600. Imagine being Greg Nicotero, the director of this episode, responsible not just for the actors but the extras on set as well.

The wide shots of the zombie army at the bottom of the cliff and later in the premiere proved to viewers this season would dare to go bigger and bolder than its predecessors.

By incorporating more walkers and including flashbacks, edited elegantly in black and white so as to not to confuse viewers, the season premiere focused on the heart of what the series has been all along.

More than anything, this show focuses on how the humans are affected by the uprising of walkers while also trying to stick close to the source material, the comic books penned by Robert Kirkman.

If viewers do not know by this point, this show is not about the walkers. They are the backdrop to the human drama going on in response to the deadly environment.

Life in Alexandria, the cozy town unaffected by the apocalypse, is tense now that Rick has taken over the settlement in what has been referred to as the “Ricktatorship” by fans since the third season.

Out of fear, the town’s inhabitants follow Rick’s orders in the hopes they will stay alive. Disobey any of Rick’s directives or try to rebel, and be murdered by Grimes or the zombie hordes outside the new walls around the town.

Even Morgan, who has returned after being absent for most of the middle of the series with a calmer demeanor and a bow staff, is not fully on board with Rick’s methods.

However, after witnessing Rick shooting someone in cold blood last season, he too doesn’t have much choice in this new world commanded by Grimes.

The surprise death towards the end of the episode was not all that surprising and came off as being anticlimactic, given the foreshadowing done the scene before and a conversation Rick had with Daryl, but it was added to remind viewers how dangerous the world still is even after six years.

It also brings up the notion that anyone in this series can die, unless his or her name happens to be Daryl or Rick. Fans, and AMC most certainly, are aware of what will happen should Daryl ever bite the dust.

The big question at the end of the episode comes threefold to the viewer. Who blew the horn, attracting the attention of the countless number of walkers roaming the streets? My guess is it didn’t come from Alexandria, and if it did, it wasn’t at the hands of one of the town’s inhabitants.

When will the “follow or be killed” dichotomy of the group come to a head and enact a civil war within the central group? If anyone wants to challenge Rick next, it’s going to be Morgan.

Finally, why are Eugene and Father Gabriel still within the group? Eugene betrayed the trust of the group by falsely claiming he knew how to get to Washington, D.C., and Father Gabriel nearly got them kicked out of Alexandria by divulging his distrust to Deanna, Alexandria’s founder and former leader prior to Rick’s forceful rise to power.

At least two of those questions (the first two) will be answered later on this season, and it will be interesting to see how Alexandria eventually erupts with more civil discourse at the hands of new terrorists, the Wolves, and the rumors of incoming villain Negan, who is The Walking Dead‘s most-hated adversary in the comic books.

Wherever this season winds up, viewers can bet it will be more insane and thrilling than ever before.