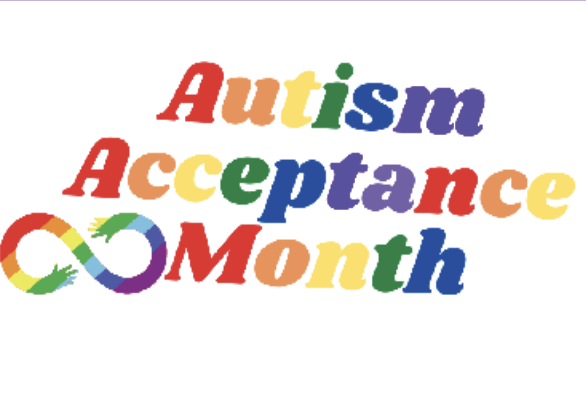 Lily Stejskal, a 35-year-old adult with autism, loved to be around children and wants to be a preschool teacher. She sits waiting in the preschool classroom with a bright smile and welcomes every child that enters.

Being on the spectrum allows her to understand children, according to Stejskal.

“I wanted to work with kids ever since I was no longer a young kid myself. A big part of why I connect so well with children is because of my autism,” Stejksal said. “Like many people on the autism spectrum, I have a pretty strong memory. I remember very well what it’s like to be that age. I relate a lot to myself when I was that age.”

As a teenager, Stejskal played with her little sister in the family lounge room. She wanted to babysit her, but her parents dismissed the idea because of her autism. They felt she wasn’t ready to handle the responsibility.

“It was very upsetting to me when I was told by my parents I couldn’t babysit my little sister as a teenager. They thought of it, because, you know, my autism wouldn’t be able to provide a safe environment for the kids. It’s why everyone said to me I couldn’t be a preschool teacher but here I am,” she declared proudly.

Stejskal said she regrets never having the courage to step up and assert her dream in life to become a preschool teacher.

“My mom and I started having arguments over if I could ever become a preschool teacher. Those went on in high school and college. Looking back on it, I really wish I had the courage to pursue early childhood education, but I didn’t at the time. I also was willing to believe her because I was afraid,” the preschool teacher aspirant said.

Justine Gottschalk, an 18-year-old coworker of Stejskal, said what social difficulties she has, she makes up for with a strong work ethic and a warm and soft personality in working with children.

“Lily shows exceptional work ethic with her ability to guide children through challenges that arise in the classroom setting. Her compassion and attention to detail helps create a safe and encouraging environment in the classroom,” Gottschalk said.

Luna Trancy, a person experienced with people on the spectrum, said those on the spectrum often hyper-fixate on subjects, but fixate those subject to perfection on every detail.

“What I’ve noticed is that he often hyper fixates on things. Sometimes he can be overstimulated which makes progress on things pretty difficult, but he’s usually very focused on almost perfectionist success. It’s very admirable,” Trancy said.

When Stejksal began interning for child care jobs, she regained hope for being a preschool teacher.

“Working in daycare as an intern, these experiences helped me see that I could be a preschool teacher. It took a while. I had good experiences with kindergarteners. It took some time to see my sweet spot hit with that age range,” she said.

Referring to her autism, Stejksal said her strength to understanding children is from her reluctance to lie. She is honest to children and that helps her to understand them.

“Being an adult on the autism spectrum, I’m a lot more honest than different people. I don’t believe in telling lies or hiding the truth most of the time. And that’s the truth. I don’t have any concern about dismissing my curiosity of the world around me and being what I think,” Stejksal said.

Stejksal said she gained much experience growing up with autism. Honing her social abilities was a gradual process. One such experience she shared is keeping her fixated obsession to herself. Stejksal kept a notebook to remind herself that not everyone found her repetitive interests amusing.

Communication is key, according to Stejksal. She said all people on the autism spectrum struggling with socializing should relate to themselves before expressing their interests.

“People may not always like to hear about your obsessions, but they may like what you know. There might be things people might like to know that you know a lot about and they’d be happy to learn about it. The more you find ways to communicate between the both of you, the more they know and the more you know how to communicate,” she said.

Stejksal cited the song Getting to Know You from the play The King and I as an example.

“One of my favorite lines in that song is: ‘when I am with you, getting to know what you say’. Because it’s not just people in the autism spectrum, each person has their own way of communicating. So learn from people how they communicate and show how you can communicate,” Stejksal said.

She said while she learned a lot, she always worries about what she says. She worries whatever she says is rude or out of the norm.

“Something I’ve dealt with all in my life is I don’t always do things right in social situations. That, unbeknownst to me, makes other people uncomfortable, or lead to believe is rude. Sometimes because it goes unnoticed by me or what I think is polite comes across as rude to them and I’ll have no idea. I just want people to understand that I don’t always do everything right in a social situation,” Stejksal said.